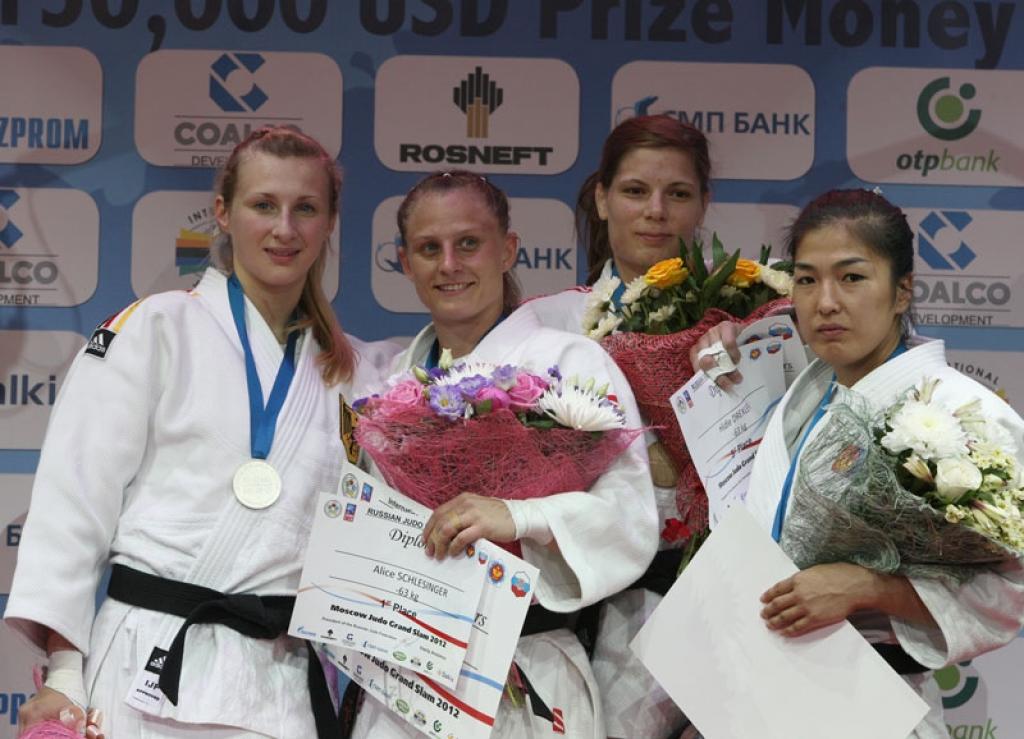 Less than two months before the opening of the Olympic Games, the second Grand Slam of the year represents a very good occasion for many qualified athletes to test their physical condition and judo technics.
In the category U48kg Sarah Menenzes defeated the current Olympic Champion, Alina Dumitru (ROU). 30 seconds before the end of the final, DUMITRU was again penalized, giving the lead to the Brazilian, who immediately scored a waza-ari, with a seoi-nage. In total three European on the podium with Kristina Rumyantseva (RUS). Charline van Snick (BEL) lost the semi final to Dumitru and won bronze.

2011 Junior world champion, Naohisa Takato (JPN) defeated Tumurkhuleg Davaadorj (MGL) in the final.
Uzbek, Rishod SOBIROV was defeated by Takato. The World’s number 6, Ilgar Kushkiyev (AZE) won bronze.
A second women’s title by Brazil was collected by Erika Miranda in her final against Ilse Heylen (BEL). After a few seconds Miranda scored a first waza-ari, close to ippon. Despite more control by Heylen,Miranda added a second yuko with a counter attack and took he victory.
Jacqueline Lisson (GER) won bronze in Moscow but lost to Heylen.

Mirzahid Farmonov won the gold for Uzbekistan against Tomofumi TAKAJO (JPN) U66kg. Russian Kamal Khan-Magomedov was the only European to win a medal in the division.

Corina Caprioriu needed only 15 seconds to score ippon against Zhanna Stankevich (ARM) with a perfect sode-tsuri-komi-goshi, which gave her the final victory of the day in the women’s -57kg category.
Ekaterina Valkova, currently 168 at the WRL won bronze in Moscow as well as Jovana Rogic (SRB).
No medals for European judoka U73kg won by Yuki Nishiyama (JPN). Three medals however in the women’s U63kg and the victory for the favourite Alice Schlesinger (ISR). She defeated German champion Martina Trajdos. Hilde Drexler won bronze on behalf of Austria despite his loss against Schlesinger in the semi final.

Photo and text by IJF Media