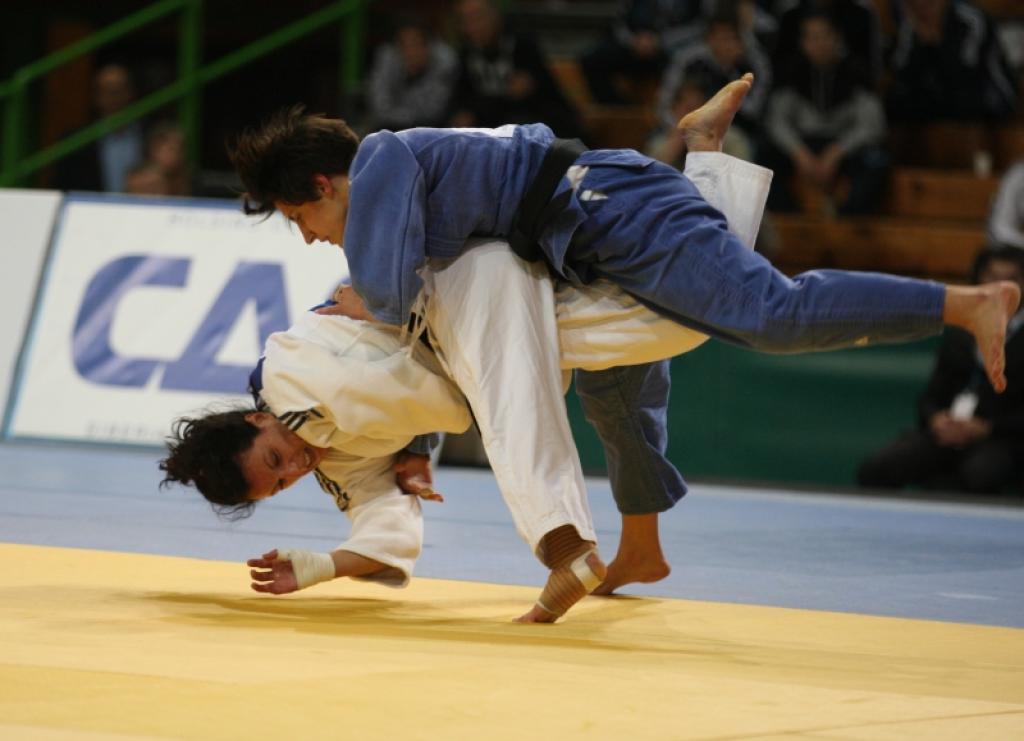 The U57kg category is one of the strongest, if not the best women’s category. There’s an amazing competition going on. The finalists showed a high level and have proved to measure with the best seniors.

The strong Chitu dominated with power judo in the beginning but the tall Rogic had the support of Serbian fans in her back and didn’t give in. The match unveiled a thrilling end with chances for both. In the last 30 seconds Chitu scored a yuko and controlled Rogic in a hold down. Although she escaped it was Chitu to get the gold.
Rogic won the first ever medal for Serbia in this age category. This year Serbia celebrated European gold U17 by Julijana Savic (U44kg). Serbia is on the move, but Romania is traditionally strong at this age. Chitu won the 21st medal and third U23 European gold.

Gemma Howell won the bronze with a splendid ippon against Mia Hermansson of Sweden. Howell won three European Cups this year and leads the European Cup Ranking but lost to strong Chitu in the semi final.
French Helene Receveaux has a great year winning the European and World U20 title. But she lost in the semi final against Serbia’s Jovana Rogic. In the match for bronze she faced strong competition against the Russian U23 Champion Yulia Ryzhova. Halfway the match Receveaux showed her mentality and came back in the match and overcame Ryzhova.