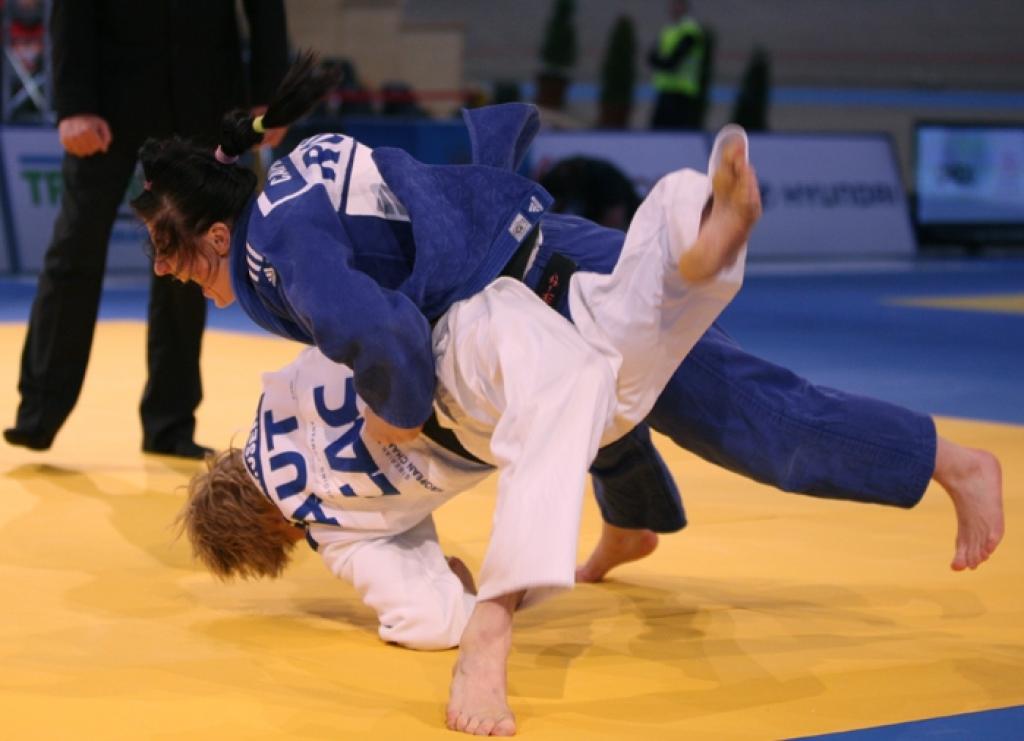 The most competitive weight category was U57kg with a sensational strong field. In the morning World Champion Morgane Ribout lost her first match against Juul Franssen (NED). But Corina Caprioriu (ROU) was Thursday’s golden girl in Vienna. She defeated home favourite Sabrina Filzmoser (AUT) in the final, and Olympic Champion Giulia Quintavalle (ITA) in the semi final.

Filzmoser defeated Caprioriu twice in 2007 and 2008 and was the favourite in advance, at least for the crowd. But Caprioriu was the most successful athlete in this category this year winning the World Cup of Sofia and Warsaw and bronze at the IJF GP of Düsseldorf. She was the only participant who won a World Cup this year and kept her form for this championship.
The last final of day one started powerful with Caprioriu attacking without any fear for the tall Filzmoser and she took the lead immediately. After three minutes all lights were green for a massive throw of The Romanian for an ippon. Austria was close, but in the end didn’t taste the gold.

It was however the second gold medal for Romania. The last time this happened was in 2004 when Dumitru and Ioana Aluas both won the title.
World Junior Champion Hedvig Karakas (HUN) took the bronze defeating Giulia Quintavalle (ITA). The Italian is one of the four participating Olympic Champions, but still hasn’t won a European medal. Karakas prolonged her bronze medal of last year after he ippon in the last minute of the match.