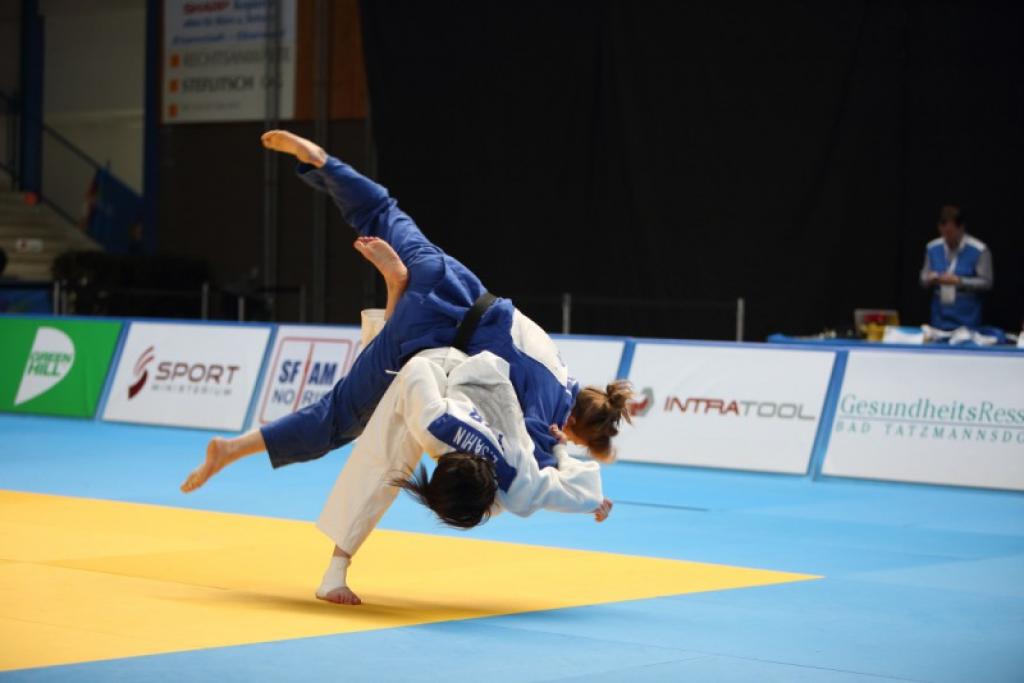 The second edition of the European Opens will take place during the upcoming weekend, however, this time the focus will be built within two locations. Rome (Italy) will bring all actions alive from the female judoka, whilst Oberwart (Austria) will view the battle of all male competitors. At either case, we can expect high volume and excitement over the weekend.

The -48kg category will bring on London 2012 Olympic Champion, Sarah MENEZES (BRA) as number one seeded in the divison. The Brazilian judoka added a Paris Grand Slam bronze to her collection last weekend. Irina DOLGOVA (RUS), JEONG Bo Kyeong (KOR) and Dayaris MESTRE ALVAREZ (CUB) will all be in line to take down their Brazilian rival.

Erika MIRANDA (BRA) will enter Rome as number one seed of the -52kg category, however, 2016 Cuban Grand Prix bronze medallist, Odette GIUFFRIDA (ITA) will surely be up for a show to defeat triple World medallist [Miranda] front of all the home supporters. 2015 Asian Champion, MA Yingnan (CHN) could be the possibly plan breaker within this weight class.

Brazil could continue to shine in the -57kg category as number two seed Rafaela SILVA (BRA) is on the list of competitors. The 2013 World Champion also picked up a bronze medal last weekend at the Paris Grand Slam. However, 2016 Paris Grand Slam winner, KIM Jan-di (KOR) is also amongst those who entered and no doubt she will be aiming to make it another golden weekend. Maria CENTRACCHINO (ITA) and Martina LO GIUDICE (ITA) will be on stage to spark for Italy.

Golden opportunity for the home crowd could take place in the -63kg category, where Edwige GWEND (ITA) is listed as the number one seed. Though, it wont be an easy day for the Italian judoka, neither for the rest of them as all top eight seeded within this category has the capability to overcome one and the other. YANG Junxia (CHN), Tserennadmid TSEND-AYUSH (MGL), Maricet ESPINOSA (CUB) and Pari SURAKATOVA (RUS) are just a few to mention amongst the powerful line up.

Last week’s Paris Grand Slam winner, KIM Seongyeon (KOR) will enter the -70kg category as number one seed. The quarter-final could already bring a struggle against World bronze medallist, Onix CORTES ALDAMA (CUB). If Kim was to take a spot in the semi-final there could be another challenging contest against ZHOU Chao (CHN). On the second half of the draw, Naranjargal TSEND AYUSH (MGL) will be aiming to overcome all her opponents to be seen in the final.

The -78kg category will bring another possible victory for the Italian team as 2016 Cuban Grand Prix bronze medallist, Assunta GALEONE (ITA) has taken the top seeded position. For Galeone to take the shiniest piece of metal, she will need to overcome such a names as Anastasiya DMITRIEVA (RUS), Yalennis CASTILLO (CUB) and YOON Hyunji (KOR).

To end all the female contests in Rome, the top three athletes of the World ranking will battle the day through in the +78kg category. 2015 World Champion, YU Song (CHN) and London 2012 Olympic Champion Idalys ORTIZ (CUB) could be a possible line up for the final. The Cuban judoka finished off a disappointing weekend in Paris last week, therefore, no doubt that she will be eager to make it up with a winning performance. Number three seeded and 2016 Paris Grand Slam silver medallist, MA Sisi (CHN) will be on the mission to take the final victory over her two significant rivals.

The draw will take place on Friday at 20:00 (CET) at the Olympic Centre. Follow all the LIVE actions via eju.net.