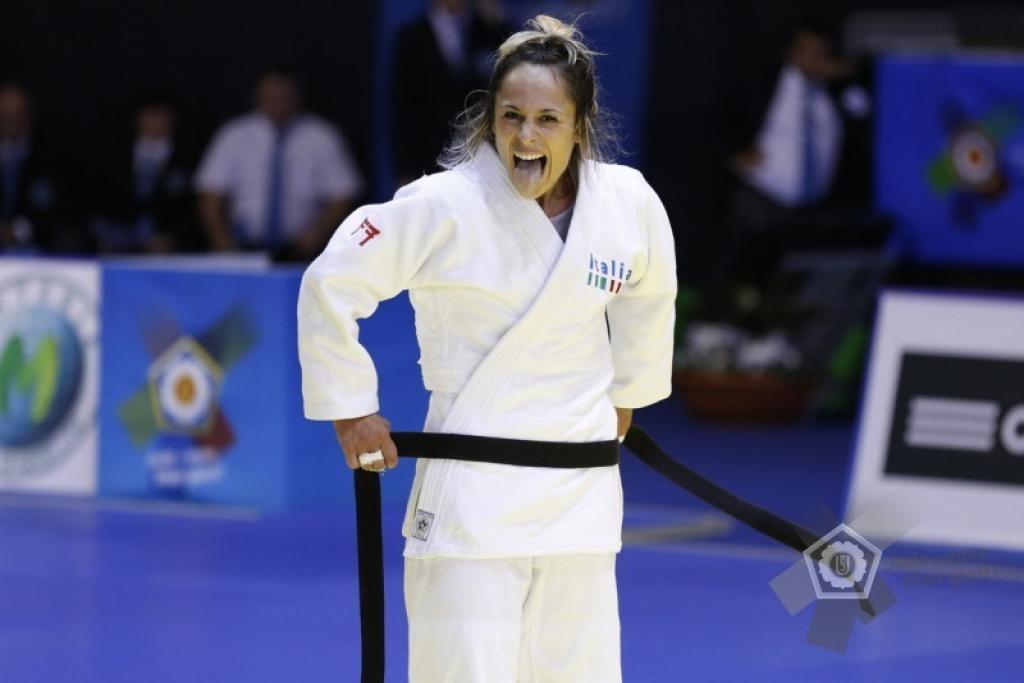 Rosalba Forciniti is back! In 447 days the Olympic bronze medalist, has come back on the mat of the European Women’s Open in Ostia and won the gold medal in the U52kg.

Kelly Edwards (Gbr), Andreea Chitu (Rou), Laura Gomez (ESP), were defeated by ippon. “I did not expect, I swear I did not expect! – she said – I felt good and thought I was a good race, but to win… “. And if Forciniti sounded the charge, Italy responded with six other medals with Valentina Moscatt, first in U48kg, Edwige Gwend (63), Assunta Galeone (78), Elisa Marchiò (+78) second, Martina Lo Giudice (57) and Valentina Giorgis (63) third. It is the first time that Italy collects seven medals in the European Women’s Open. The tournament in Ostia was aired live on Rai Sport 1 with the technical comments of technical director Raffaele Toniolo: “We are doing well – he said – and the results of today’s comfort us. The technicians and all the staff are working at full capacity and, above all, we never stop.” Nine nations have won medals and after Italy the best was Britain with five, with the first place of Sarah Adlington (+78), the second of Megan Fletcher (78) and three third places with Kelly Edwards (52), Connie Ramsay (57) and Gemma Howell (63). Supremacy of Corina Caprioriu in the U57kg that led to the gold medal in Romania which were added silver medals in the 48 kg of Elena Ungureanu and Andreea Chitu bronze in the U52kg. With an ippon fulminant Annika Heise was awarded first place in the 78 kg and Germany has also added the third place in the 70 kg Heide Wollert, like Slovenia climb to the top step of the podium with Tina Trstenjak in the 63 kg and on the third place with Anka Pogacnik in the 70 kg. Maya Thoyer won in the 70 kg the only gold medal for France, while Spain has won four, but no gold. Laura Gomez was ranked second in the U52kg and Julia Figueroa Pena (U48), Laia Talarn (U78), Marta Tort Merino (U78) in third place. Bulgaria went to sign with the only athlete in the race, Ivelina Ilieva , second in the 57 kg, while Amelie Rosseneu, third in the 48 kg, led by Belgium in the medal table of the European Open Women in Ostia. Watch the photos in our gallery: