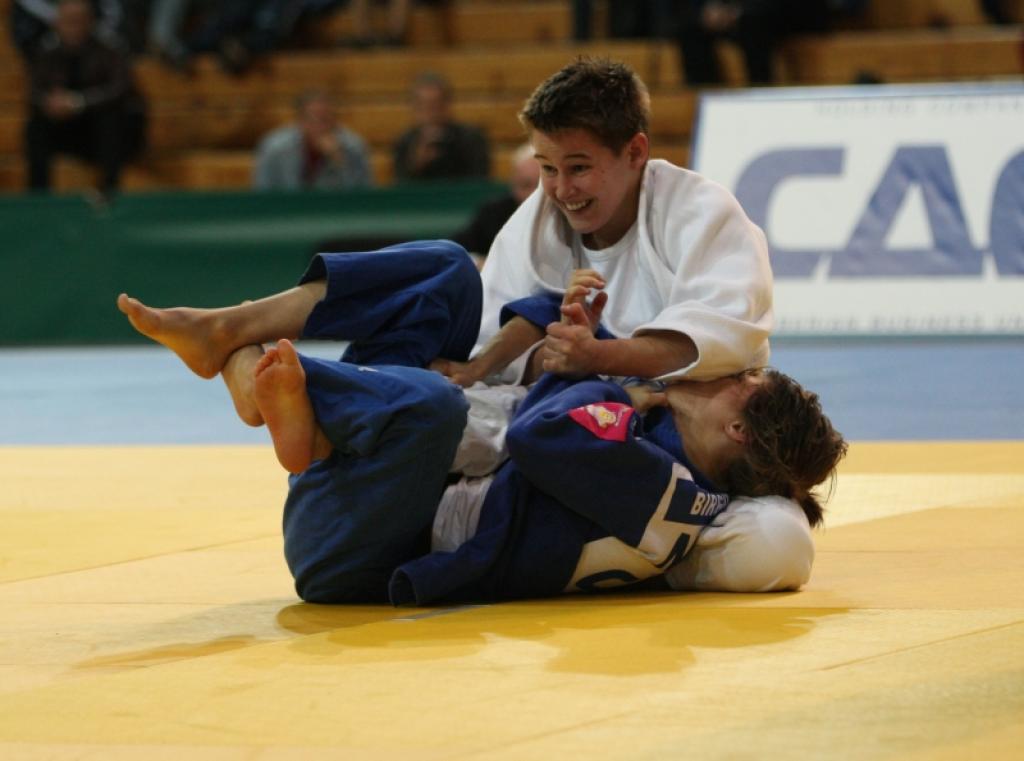 The category U48kg was expected for Belgium. Amelie Rosseneu is strong the whole year and excelled at the European Cup winning three events. Today Dutch Birgit Ente was her opponent, a well known opponent, who she defeated three weeks ago in the final of the European Cup in Boras as well.
This final the battle was quite equal although Rosseneu had the better chances. In the last five seconds Rosseneu scored a yuko and combined it with a hold down and controlled Ente while making a successful armlock but just after the time had passed, so the yuko counted.
Ente prolonged her silver medal of last year, but that wasn’t the goal, but she was still satisfied after all.
Rosseneu turned last year’s bronze into gold scoring the first ever European U23 title for Belgium. Leen Dom (2004) won the silver U48kg, Dirk van Tichelt as well (U73kg) in 2006.
A successful start for the Belgian team led by 1981 world champion Neil Adams.