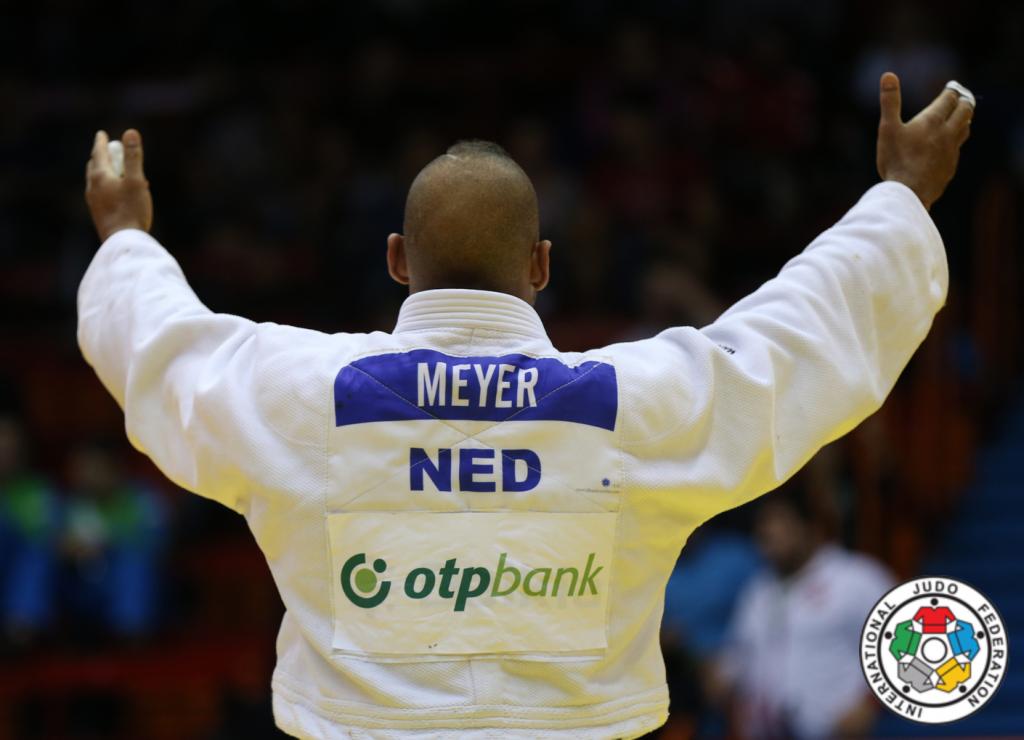 The draw in a major tournament can at times be unkind. This time Dutchman Roy Meyer was in luck and pretty much had things as he would wish, giving him the best chance of making it to the top of the podium. That is exactly what he did with a convincing performance to take the gold medal in the +100kg on the final day of competition at the Zagreb Grand Prix. Coming into the tournament ranked number 13 on the IJF WRL ensured that in the field of 20 entered super-heavyweights Meyer earned the top spot as number one seed. This gave the 23 year old Dutchman the kind of protection in the early round that he at times has missed out on. After the cushion of a first round bye Meyer’s opening contest was against the young Slovenian Vito Dragic ranked a lowly 158. Nevertheless, the 21 year old took Meyer the distance losing only by two shidos. Meyer next faced Vladut Simionescu ROU to whom he had lost twice previously. The Romanian proved equally obstinate but eventually in the golden score period went over for ippon to a powerfully executed morote seoi nage. Bor Barna HUN was Meyer’s semi-final opponent and it was a confident Meyer who stepped onto the tatami with the knowledge of having defeated Bor earlier in the year in Sofia. Meyer’s level of fitness was put to the test as he was dragged into golden score again. But an error by Bor brought the Hungarian a shido and a grateful Meyer progressed to the final. Outsider Mohammed Tayeb ALG ranked 69 on the IJF WRL never really threatened Meyer who, after his fifth place finish at the world championships two weeks ago, fought a clever and careful contest to confirm his progress in the super-heavyweight category. There were gold medals too for world silver medallist Toth Krisztian HUN in the -90kg category, Adlan Bisultanov RUS in the -100kg category, and for the women Ana Maria Velensek SLO in the -78kg category and Yu Song CHN in the +78kg category.