Russia and Slovenia rule at European Cup in Belgrade 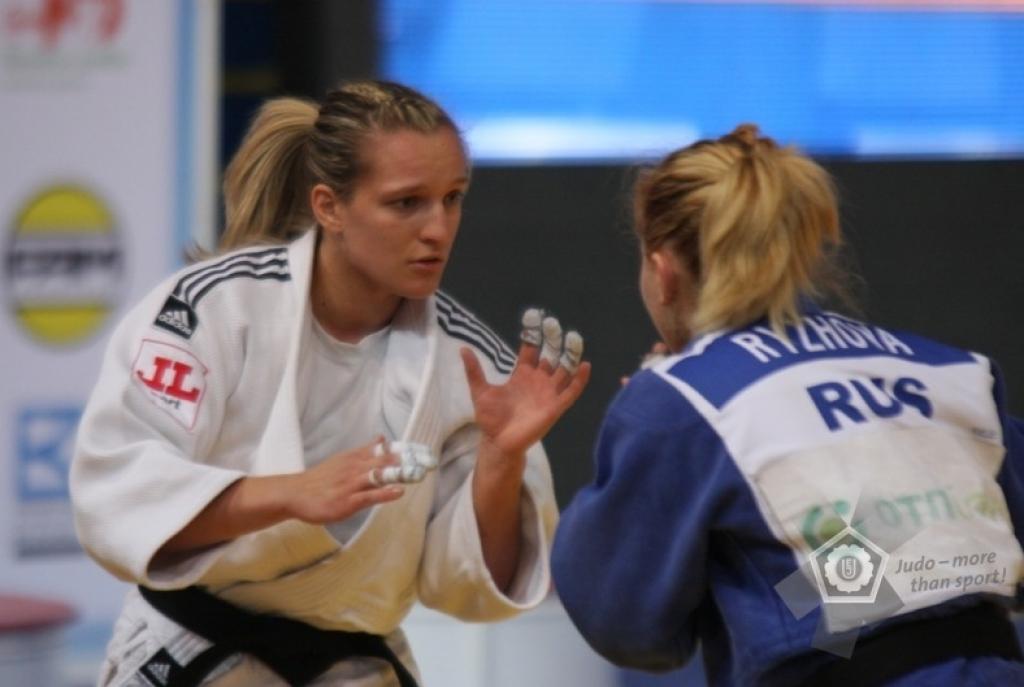 At the last day of the first European Cup in Belgrade Russia hit the jackpot and won three out of seven categories. In the men’s division U90kg Archil Gogolashvili. The Russian fighters defeated his five opponents, among them two Germans: Faruch Bulekulov and in the final Maksym Chykurda by ippon. It was the first important win of the Russian judoka.

Romanian Daniel Matei won the U100kg division. Matei won his first European Cup. The 24-year old number two of Romania (behind Daniel Brata) needed only three matches to take the gold in a field of ten participants. Mikos Cirjenics was his opponent in the final. It was the only gold for Romania together with two silver and two bronze medals.

Slovenia’s Matjaz Ceraj won the gold in the heavyweights. Romania’s Daniel Natea lost the final by ippon. The third medal by Slovenia as Urska Gracner won gold in the women’s U78kg category against Ivana Maranic of Croatia in a poor but international field with two Brits and two Russian athletes.
Russia did win the two remaining categories: U70kg and plus category.
Irina Sordiya defeated another Croatian woman; Barbara Matic, last year’s European Cadet Champion. Sordiya, four years older then Matic, won her fourth match by yuko difference.The Russian is more experienced as was Russian Senior Champion last year and runner-up this year in September.
It was her first win at European Cup level.
Daria Karpova was the best of three participants in the plus category in the final against Slovenia’s Urska Urek. This made exactly the difference in the medal tally. Russia with four gold medals, Slovenia with three.

Watch all photos and review the online: