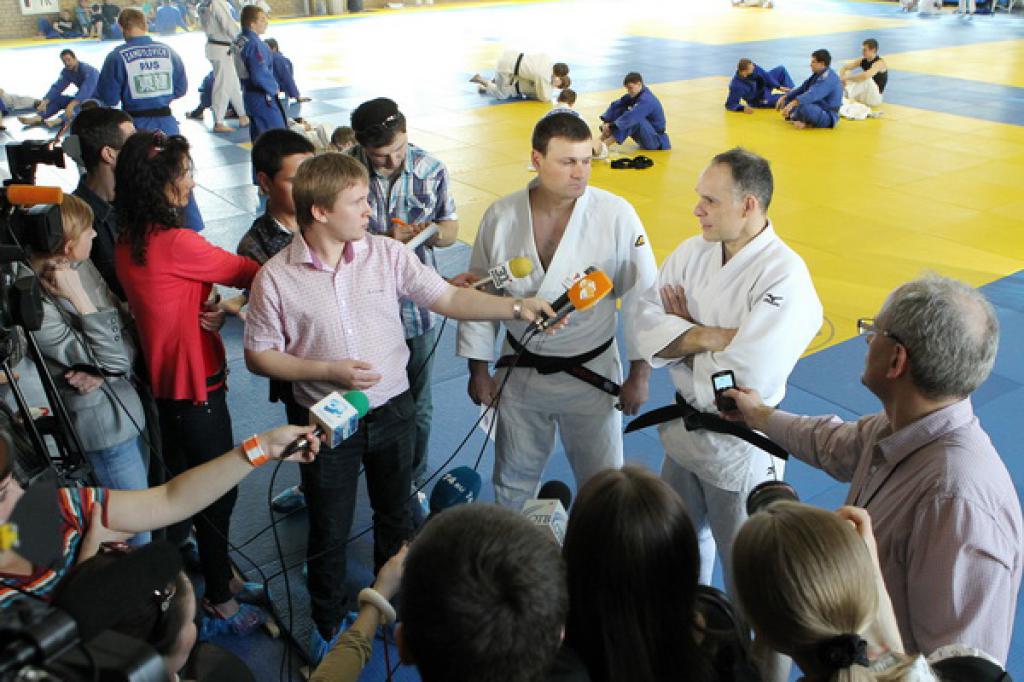 Russia has selected a 14-strong men team for the European Judo Championships – two athletes from each weight division.
“All the guys are ready for the championships. They don’t need to gain points. They are participating in these championships because it will be held in Chelyabinsk, Russia. Moreover, all athletes are in the top-10 of the world ranking. So they are able to win medals,” the head coach of the national team Ezio Gamba says.

The senior coach of the national team Vitaly Makarov adds: athletes are in an optimal shape. “Well, they are not 100% ready, because we are willing to the Olympics first of all. It’s impossible to be equally prepared for the both important events. However, we are modifying the schedule of trainings to achieve the optimal shape. They are prepared enough to perform perfectly,” Vitaly Makarov says.

The Chelyabinsk judo will be represented by 4 athletes – not 3, as it was said before. “Three judokas will perform at the individual competition: Mansur Isaev (–73kg), Sirajudin Magomedov (–81kg) and Zafar Makhmadov (–100kg). Renat Saidov will fight at the team competition among heavyweighters (+90kg). Four athletes from the South Ural region in the national team – it’s a lot!” vice-president of the Regional Judo Federation Denis Lapotyshkin says.

According to Ezio Gamba, all South Ural’s judokas have high chances to win: Mansur Isaev is fourth in the world ranking, Sirajudin Magomedov is sixth. Zafar Makhmadov yields to his compatriots. “Zafar is not considered as the Olympics participant. He is young and perspective judoka. He has already gained the title of European U23 champion. He needs time to develop. The participation at the home tournament is something special,” Ezio Gamba says.

The Russian team members confess that they are in a positive mood. “I’m willing to fight at the home European Championships. We will do our best to make our fans pleased,” Mansur Isaev says.
One of the contenders to the national team selection Kirill Denisov will not be able to participate at the home championship because of an injury. According to Ezio Gamba, the athlete is in a good shape, but it’s not enough for this competition.