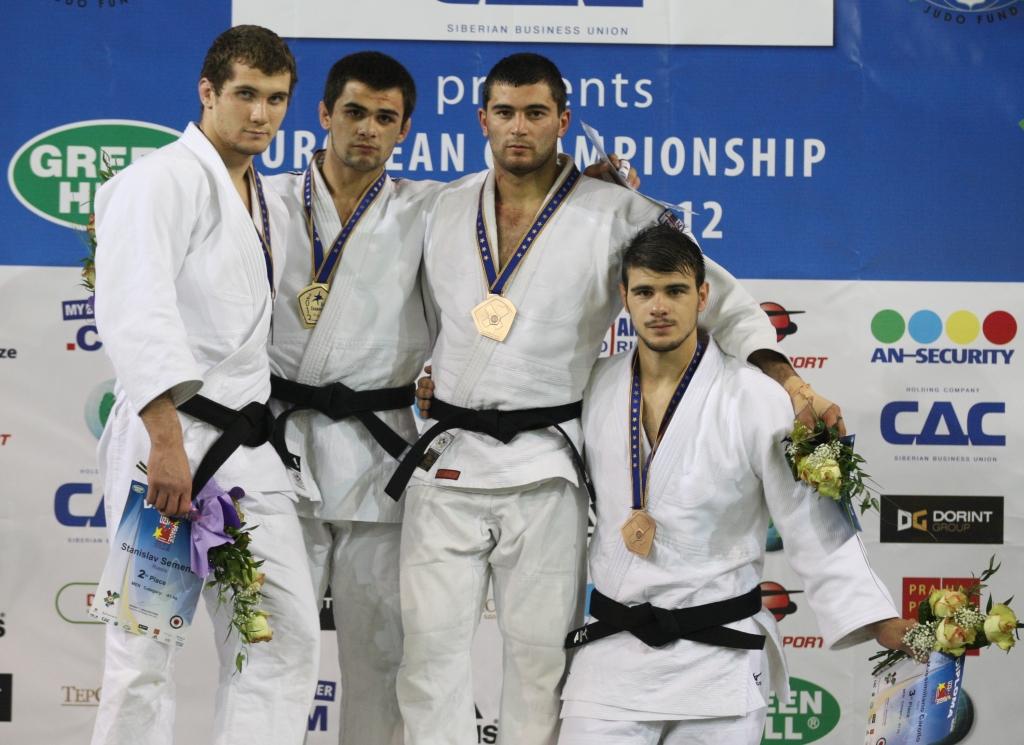 The final of the men’s U23 Championships was all Russian. The final between Stanislav Semenov and Alan Khubetsov was won by Khubetsov. He won the match with a splendid ippon halfway the match.

He stepped into the footlights of Murat Khabachirov won claimed the title in 2010 in this category.
Khubetsov won five tough matches. Especially his quarter final match against Alexios Ntanatsidis of Greece and his semi final against Hannes Conrad were extremely exhausting. Semenov qualified for the final after beating two of the bronze medallists of today Artyom Baghdasaryan (ARM) and Massimiliano Carollo (ITA).

In the fight for bronze Massimiliano Carollo defeated Abdulhagg Rasullu of Azerbaijan controlling him on the ground. Last year Carollo reached the final U73kg but in his new category U81kg he progresses as well.
The other match was an exhausting fight between German Hannes Conrad and Artyom Baghdasaryan of Armenia. After two minutes in the match Baghdasaryan benefit greatly with a left seoi nage throwing Conrad for ippon. Last year Baghdasaryan won the silver medal, now he was satisfied with a great last moment taking the bronze. Baghdasaryan, a former Junior Champion keeps developing and is ready for the senior level.