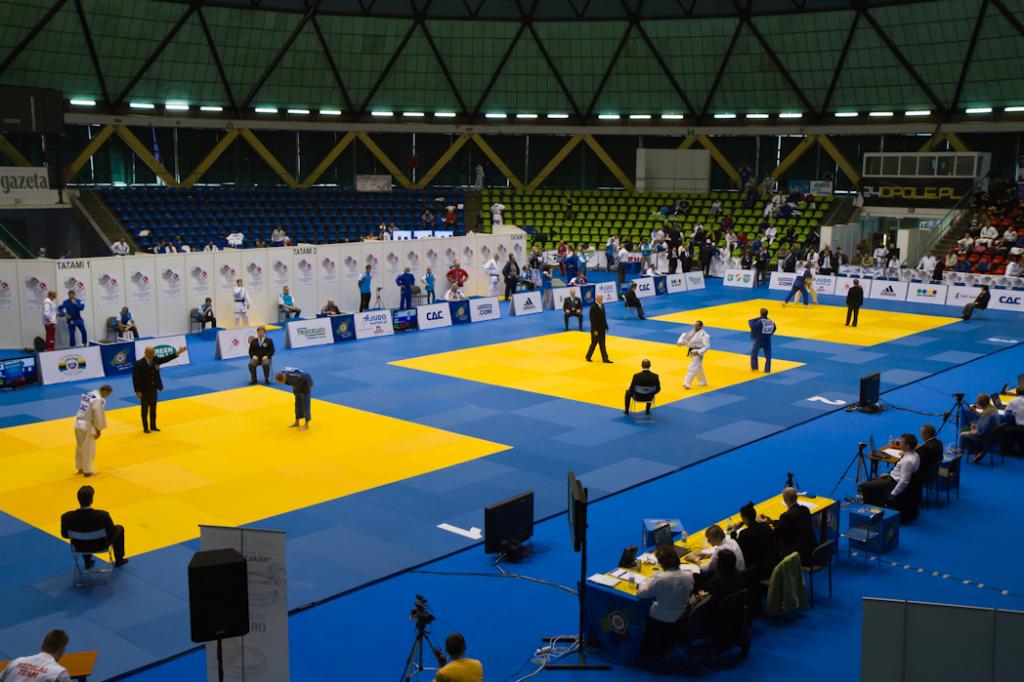 During the last day of tournament four male age categories were played -from M5 to M7. Viewers should be satisfied as most fights were solved before the end of regular fight time.

Vladimir Elichanow – the coach of Russian Team was awarded as Russia won the medal tally. After three days of individual competitions Russia has 27 gold, 21 silver and 14 bronze medals, increasing the advantage over Germany and Poland. France ends at unhappy, fourth place with 32 medals in total, but only 6 gold. 472 competitors from 31 European countries took part in the tournament.

The Russians also proved to be the best in team competition winning TM3, TM4 and TM5. Congratulations for all participants from Russia!

Four days of beautiful judo, emotions and great atmosphere are over. We are grateful for the opportunity to organizing such wonderful event in Poland.