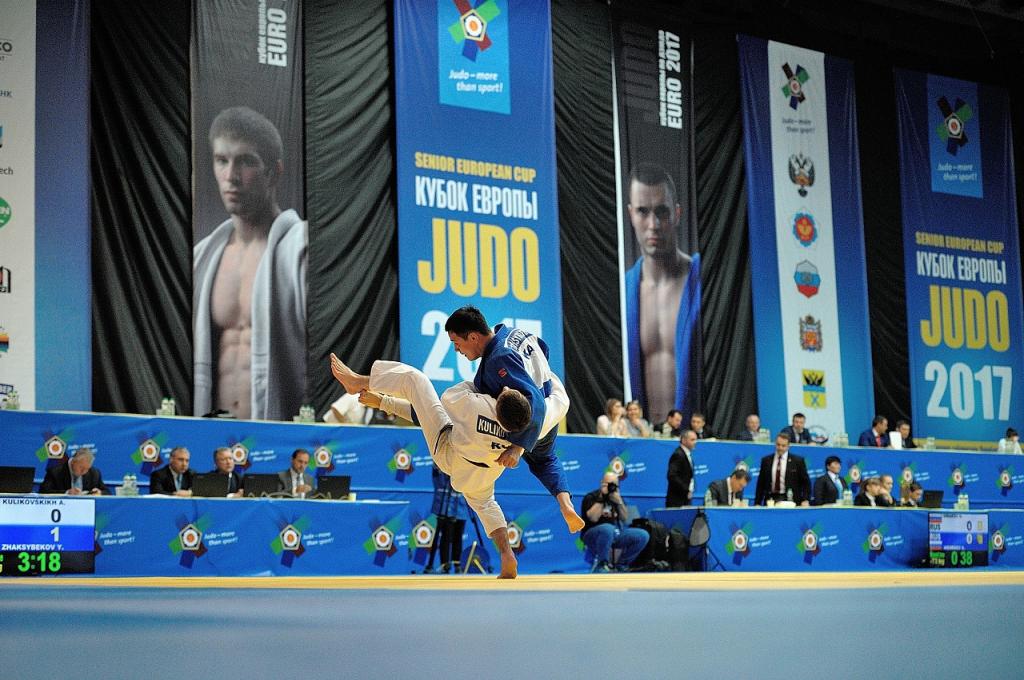 Throughout the weekend past, almost 300 judoka from 15 different nations attended at the annual European Judo Cup in Orenburg; a unique city at the border of Europe and Asia. The overall medal table was pleasing the eyes of the home supporters as Russia claimed the total number of 10 gold medals over the weekend. The closest to follow was Canada with three victories.

This European Cup in Orenburg is held for the eighth time, and every year the level of organization is constantly growing, which is noticed by athletes and the leadership of the European Judo Union. According to the Chief Manager of Orenburg, Mr. Yevgeny Arapov, the development of judo in the region is given the utmost attention, and these competitions have special significance in the calendar of events in the city and within the region.

During the opening ceremony participants and guests of the event were greeted by the Vice-Governor of the Orenburg Region, Mr. Pavel Samsonov; the Chief Manager of Orenburg, Mr. Yevgeny Arapov; the Sports Director of the European Judo Union, Mr. Pavel Yasinovsky and the Vice President of the Russian Judo Federation Mr. Valentin Khabirov. Sports Director of the European Judo Union, Pavel Yasenovsky expressed his thoughts in regards to the tournament;

“The competition facilities in Orenburg are ideal for the European Cup. Today in Orenburg everything went at the highest level. I personally did the review of the sport hall before the start of the tournament, all electronics systems, beginning from the sports sector and the warm-up zone to microphones and speakers are done in full accordance with the international requirements. Many thanks to the organizers! And national coaches did all their best to train teams for this tournament.”

“I set one goal for the tournament – to win. I did it. Of course, there were mistakes today. We’ll discuss them with my coach. Errors are always to be happens – whether you win the tournament or not, but the winners are not judged!”

“Before this tournament, I played only in the continental tournaments of my country. This is my first experience in Russia. Today all athletes were strong, especially the final fight with SALKARBEK KYZY, Dilbara from Russia. It’s been so long since it was so difficult for me to fight, as in this final.”

“I’m competing on this tournament not for the first time, last year I won the gold medal here. I really like the city itself, as well as the high level of organization of the tournament. My final was not very easy, Alexander Kulikovsky is a very strong opponent, but I’m glad that I’m taking home the gold medal.”

“Many thanks to my coaches, they invested in me all their knowledge and skills. Last year I competed in the Cup in the weight category up to 90kg, I was not lucky, I won bronze. We worked under mistakes I done last year with my coaches, and we decided me to perform in 2017 in weight to 100 kg, and that’s all they saw in my gold, I’m very happy. I would like to dedicate this victory to my parents, they are also very grateful to me for bringing me to judo when I was a child.”