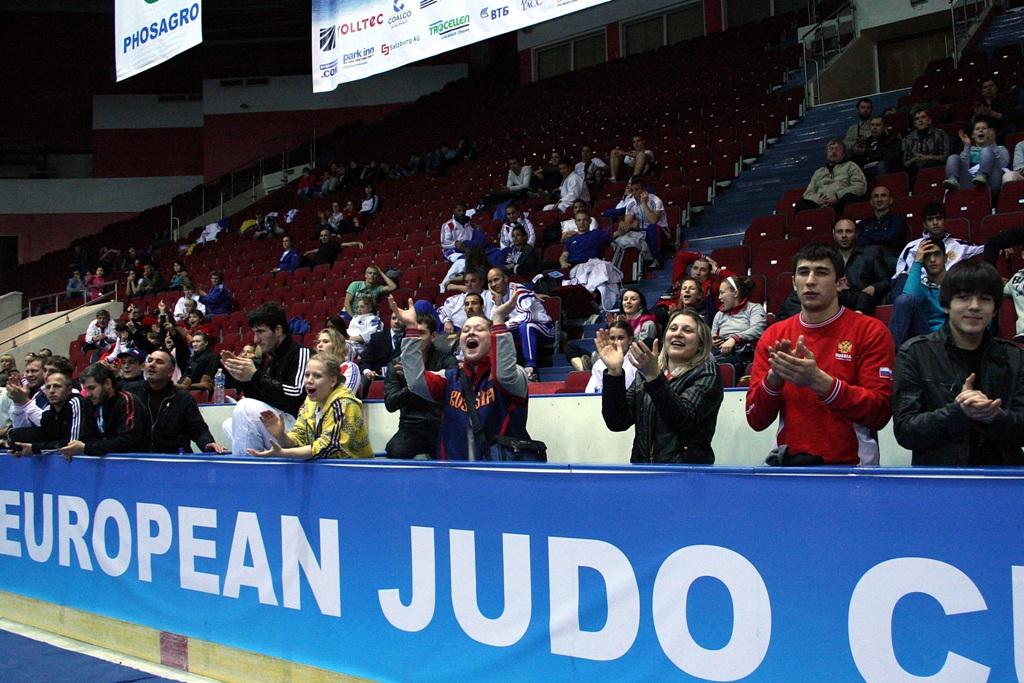 Russia has taken 50% of all available medals at the European Cup for Juniors in St. Petersburg this weekend. At the second day of Championship medals for eight weight categories were awarded out in the divisions for men U81, U90, U100 and +100 kg. The women battled for the titles U44, U48, U52 and 57 kg.

Russia won 7 gold medals in total this weekend. Khasan Khalmurzaev was one of the winners of the European Cup. But also other well known judoka who have won several international titles over the last few years such as Magomed Magomedov, Oleg Ishimov, Anton Krivobokov, Irina Dolgova and Valentina Kostenko. Six gold medals on Sunday. In total the Russian home team gathered 12 silver and 14 bronze medals. Athletes from France collected 5 medals (1-1-3). The third place is for the team of the Ukraine 5 medals.

Wieslaw Blach, Sport Commissioner commented the organisation of the tournament had a good level. «I’m for the first time in St-Petersburg and I see a good organisation: a comfortable sports hall, good accommodation and meals for all participants of the tournament, high level of the athletes and the competition in total».

St. Petersburg is the fourth European Cup for Juniors in a row. Next week the Tour will move to Lignano in Italy. In total a series of 13 events are planned until the last in August in Berlin.