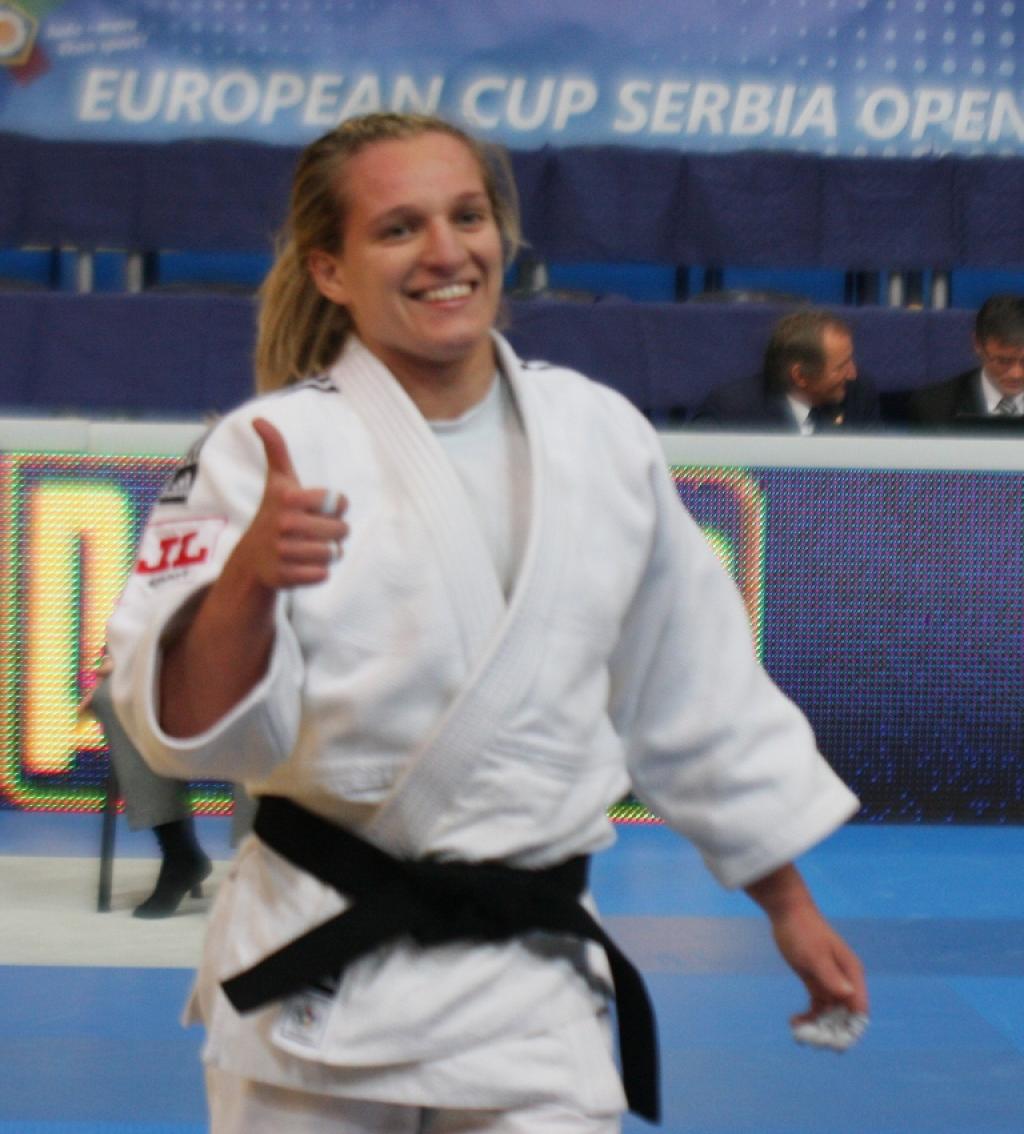 One of the European Cup favourites in Orenburg is the Canadian team. Represented by athletes that have passed the Olympic qualification such as Kelita Zupancic, Amy Cotton, Sergio Pessoa, Antoine Valois-Fortier and Alexandre Emond.
The most numerous team is expected the home team of Russia, bringing in more judoka than Kazakhstan, Ukraine and Great Britain.

The first day of the European Cup began surprisingly for the Russian team that won 13 out of 14 gold medals last year.
Today’s first gold medal went to the Ukraine. Maryna Krot (U48kg) left no chances to Mariya Persidskaya (RUS).

The next final U60kg was the main intrigue of the day. The question was if Russian fighter Dmitry Kulikov representing Orenburg and furiously supported by home crowd could withstand Sergio Pessoa (CAN). Pessoa led the fight by waza-ari but Kulikov did not give up. The Russian scored yuko and then waza-ari. The crowd went crazy when Kulikov managed to score another waza-ari just 30 seconds before the end. In this passionate judo fight Kulilov achieved his first ever international title.

The Ukraine continued to collect trophies in the women categories. Now it was all Ukrainian fight U52kg between Mariia Buiok and Shushana Hevondian. Last year Hevondian won silver medal here in Orenburg and was eager to improve her result today, and she managed to do so. Hevondian scored yuko and held the lead until the end of the match.

U66kg reigning Russian U23 champion, Abdula Abdulzhalilov, was stronger than his opponents and picked up the gold in Orenburg.

Andrea Bekic (CRO), current Croatian national champion and bronze medallist of the Grand Prix in Baku, dominated in her category U57kg with ippons and won her third European Senior Cup title in this category.

In the semi-final U73kg Umar-Khazha Suleymanov (RUS) got injured but continued the fight and won. Later it turned that the injury was serious and he should cancel further participation. So his teammate, Leo Fogel, celebrated the victory in the shortest final of the day.

Orenburg is a unique city as it is situated both in Europe and Asia.
249 athletes from 18 countries came to Orenburg and the city welcomed them with cloudless and very warm weather.

As usual the tournament is held a week before the Grand Slam of Moscow and some teams will go to the Russian capital right after the training camp in Orenburg.

You can find pictures in our photo gallery later on.