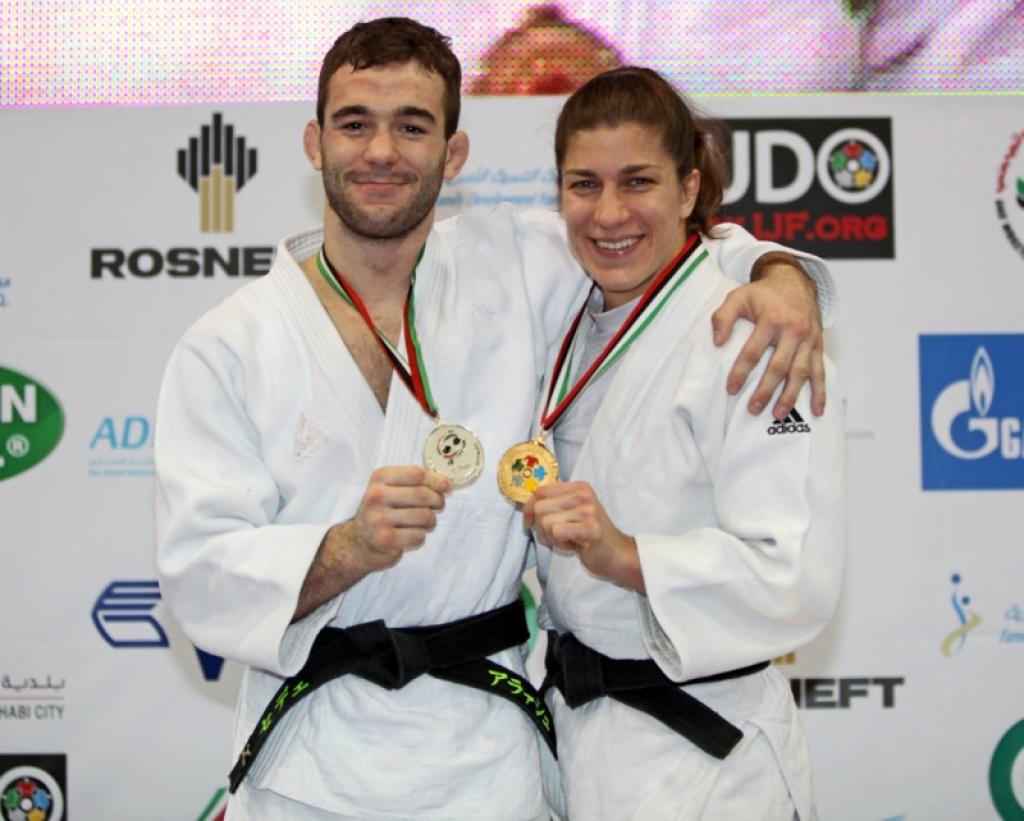 Rasa Sraka of Slovenia was delighted with her gold medal U70kg at the Abu Dhabi Grand Prix. Having narrowly missed out on qualifying for Beijing in 2008 her win here brings her one step closer to her goal of Olympic qualification for London 2012. There was more to celebrate for Slovenia when Aljaz Sedej took silver U81kg after an inspired day that included a comprehensive win over former world champion Ivan Nifontov (RUS). But in the final Sedej’s opponent Sven Maresch (GER) produced his finest Grand Prix performance, one of such quality, that even Sedej could not match.

Sven Maresch comes from Berlin and this was his first and best IJF World tour result to date. He competes for TSV Abensberg and was part of the bronze medal winning team at the European Club Cup championships in Cheboksary, Russia.
By the way, the silver medal was a great result for the 22-year-old Slovenian when one considers that he spent much of the last two days traveling to get here from Sarajevo where he had been competing in the -23 European Championships.

Xu Yuhua (CHN) won the category U63kg. In the final she defeated 18-year-old Clarisse Agbegnenou (FRA). The final between Agbegnenou and Xu Yuhua (CHN) was a case of youth versus experience.
Xu, aged 27, threw Agbegnenou with a beautiful Uchi Mata for ippon, which in a way made up for the loss by her younger sister Xu Lili (who is still only 20 years old) to Agbegnenou earlier in the day. Speaking of youth, it is pleasing to witness the continued progress of Mansur Isaev -73kg (RUS) whose talent was first put on display in a memorable gold medal winning performance at the -23 European Championships in Zagreb in 2008. Isaev’s gold here today puts Russia comfortably at the top of the medal table and comes on the back of Beslan Mudranov -60kg and Musa Mogushkov’s -66kg gold medals for Russia yesterday. Ippon of the day has to go to Volodymyr Soroka -73kg (UKR) who threw Nicholas Delpopolo (USA) with a devastating Hiza Guruma.

At the first day Sabrina Filzmoser (AUT) won the category U57kg. In the semi-final she defeated the current European champion Corina Caprioriu (ROU). It was Caprioriu who spoiled the party in Vienna by pushing Filzmoser into the silver medal position in front her home crowd. There was more reason to cheer for the girl from Wels in Oberösterreich when she defeated the current Olympic champion, Giulia Quintavalle (ITA) in the final by throwing her with devastating hiza guruma for ippon.