Russia leads the medal dance at Europeans in Teplice 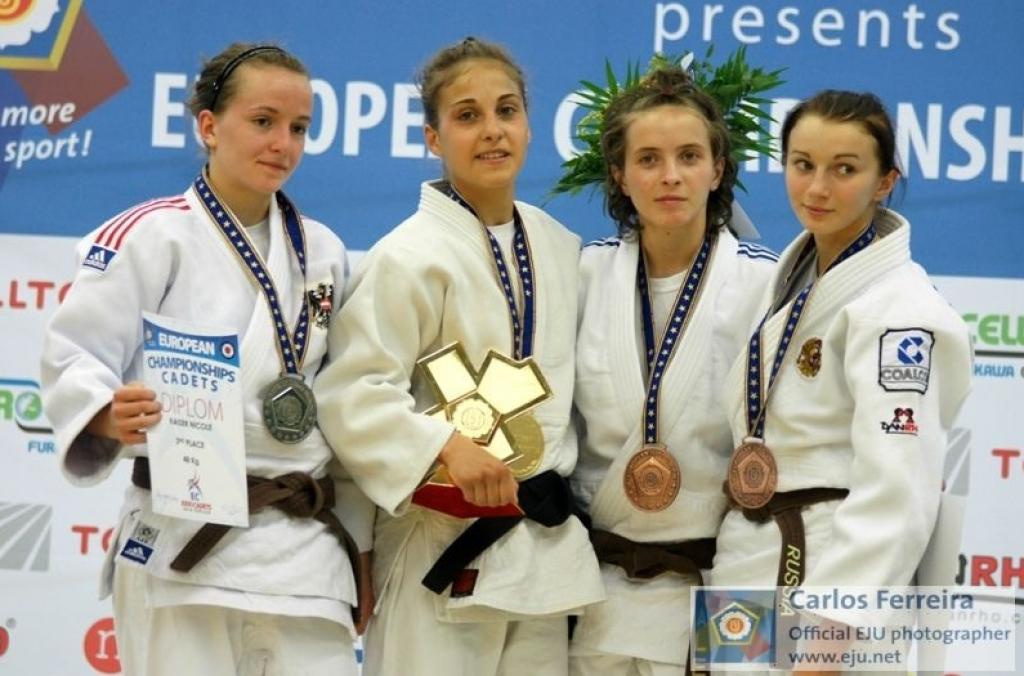 Odette Giuffrida (ITA) won her second consecutive European title U48kg. On Friday the Italian defeated Nicole Kaiser (AUT) in the final Teplice.
It was Italy’s second gold medal, as Angelina Bombara was able to win the first gold for Italy. The Italian women did have the right motivation to reach their goals, compared to the Italian football team. Bombara won the final against Sarah Vogel (GER) who lost her second European final. Last year in Koper she finished second U40kg. Today Angelina Bombara (ITA) was stronger. Bombara previously won a bronze medal at the U17 World Championships in Budapest in 2009.

Russia won the gold medal by Irina Dolgova U40kg. She confirmed this years form with gold today in Teplice.

In the men’s category U50kg Mehman Sadigov (AZE) won the title beating Yevgen Velychko (UKR). Sadigov took over the title of Sakhavat Gadzhiev of Russia, who won last year in Koper. But today Gadzhiev won the European title U55kg. he defeated Fabio Basile finished 7th last year, but made a good progression this year. Sakhavat is almost unbeatable for two years in the cadets. Since this year he switched weight and won almost every European Cup for cadets, and won the second gold medal today for his country.

Yunus-Khadzhi Khutiev won the third gold medal for Russia today. Russia won five medals last year at day 1, but three is not a bad score taking two other bronze medals in account. Khutiev won the U60kg category against Viktor Melenevskiy (UKR).
In the men’s category 10 out of 12 medals were collected by Eastern European countries. In the women’s division it was equal.