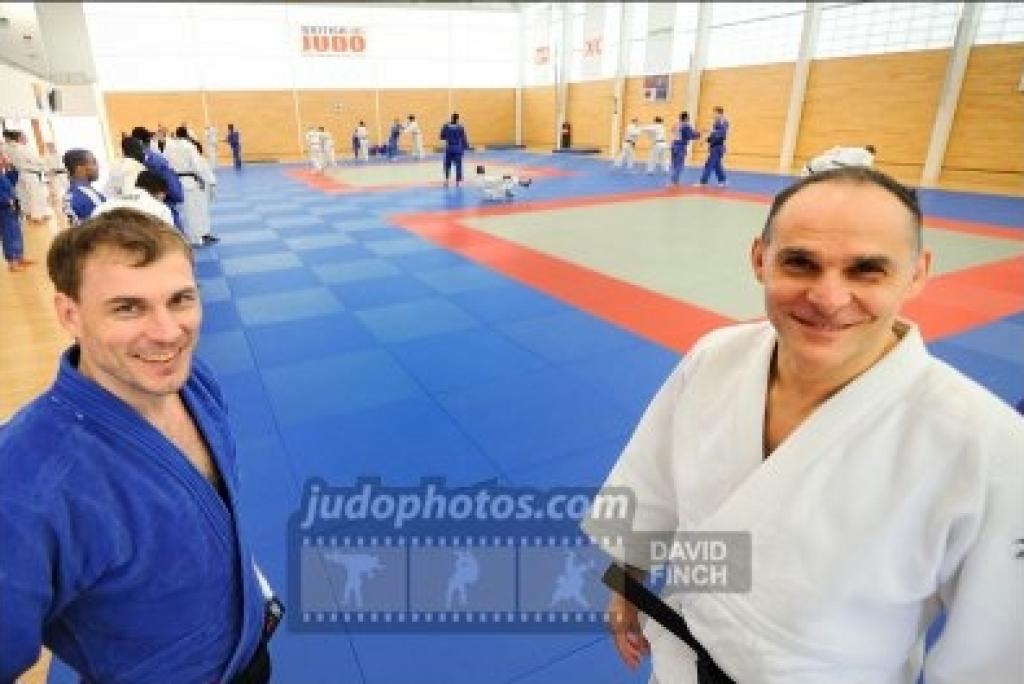 Russian head coach Ezio Gamba is eyeing success at the European Championships in Austria as his team prepares at the British Judo Performance Institute in Dartford.

Gamba has led a 16-strong squad to Dartford for the EJU Olympic training camp which has seen his revitalised team undertake vital preparations. His side travel to Austria one day before the individual event starts on Thursday 22nd April with the team event due to take place on Sunday 25th April.

As well as a full British team the camp has also featured the Czech Republic team and their Slovakian, Slovenian, Andorran and Bulgarian counterparts.

Gamba, 51, said: “There are a good number of players here, the weather has been good and everything has gone well. We’re now in the final part of our preparations and in two or three day’s time we’ll start winding things down.

“We want to win European Championship medals. We’ll go there with two teams, one for European and one for individual.”

While Gamba is best known for beating legendary British judoka Neil Adams to win gold at the 1980 Olympics he has since become a decorated and much-sought after coach.

The distinguished Italian began working with Russia in January 2009 after the team failed to capture a medal at the Beijing Olympics in 2008. Their below-par displays starkly contrasted their previous Olympic medal haul of two silver and three bronze medals at the 2004 Athens Olympics.

“We started working together last year and now the situation is really good, I have a big field of 50 athletes and we train 300 days a year,” said Gamba.

“We’ve had a really good progression from January last year to now. But our main task is the Olympic Games in 2012 and we’re focused on continuing to progress towards then.

“I’ve totally changed the team, the Russian Federation didn’t agree with my decisions, but that was my choice. I said I didn’t want to discuss my decisions and they come to respect that which was good for me.”

The Gamba effect has seen a change in fortunes for the revered Russian’s as they claimed a bronze, silver and gold medal at the 2009 World Championships in Rotterdam.

The Italian expects a handful of countries to provide the main opposition for his side and sees Great Britain in that group.

“I think Great Britain at this moment have a really good spirit because they have the dream of holding the Olympic Games. They can become dangerous. Ukraine, Russia, Georgia and France will be very competitive. All nations could be dangerous but I think these are the strongest.”

“I don’t think there are a lot of differences, for me the main task is to like my work, this is first, then my dream is to work with the team and keep them together. For me the medals will come when we find the right balance and have a really strong bond.

“When I was 16 I was training with Japanese coaches and it was really tough, the intensity was very high. In 1996 I become national coach for Italy and had a good eight years with them. I’ve developed other parts of my coaching style which has been helped by assembling my new team with Russia.

Gamba added: “I have five young coaches who age from 34 to 44 and I think that’s the right way. I have to decide what’s best for me, at the moment I’m very lucky and fortunate that I’m very happy with the people I have around me.“

With Russia now primed for the European Championships Gamba is focused on maintaining the medal-winning mentality that he has restored but also has one eye on the Olympics.

“We have twenty-four competitions a year, a team like Russia needs to be feature prominently and fight for medals. We have seven teams and normally we put fighters in for six or seven competitions a year which we think is right for our athletes. Our results will be decided in a few minutes at the Olympics, this is my dream and I work for that.”