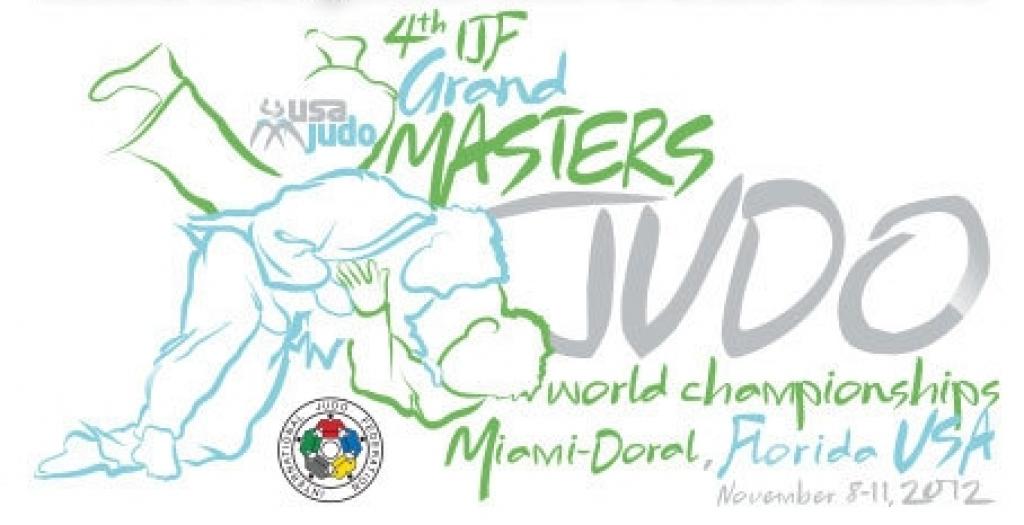 Medals for open weight divisions were spread all over the map today, with Sweden, Greece, Great Britain and Brazil, among others, all claiming a top spot on the podiums, while Russia dominated team competition on the fourth and last day of the Grand Masters Judo World Championships in Miami.

This was the 4th Grand Masters under the International Judo Federation, hosted by USA Judo at the luxurious Doral Golf Resort & Spa in Miami, Fl. Nearly 50 nations were represented by almost 900 athletes.
Perhaps most amazing, and inspiring, at this event were the oldest fighters, many in their 60s and some in their 70s and 80s claiming that the rough-and-tumble throws, chokes and arm bars of the sport are exactly what keep them so youthful. Masters judo competition is for athletes 30 and older so, while many are close to their physical prime, this tournament was also open to any octogenarian with the will and the way.

The oldest man at the tournament probably was Ernest Hamsag of Switzerland, 82 years old, who fought in the 81 kg division, noting that he lost his first round to a much younger man. Then Hamsag expressed disappointment that he had no one left to fight in his division.

Another indomitable spirit was Actor Bo Svenson, 71, who played the famous Sheriff Burford Pusser in the 70s “Walking Tall” films. Like Hamsag, he led the charge on the first day of the Grand Masters. Walking to the mat with an injured knee, he, too, lost his first match but captured the admiration of many.
Another celebrity to make an appearance was famous real-estate developer Donald Trump, who recently purchased the Doral and made a visit to the Grand Masters today. Awarded a gold medal from the tournament, Trump said he was very happy to have the Grand Masters at his property.

Lots of nations were climbing the ladders to gold at this premier event, but it was Russia who most often took the top position in the regular weight divisions. Leaving a wide moat, Russian athletes took 22 gold medals, 14, silver medals and 19 bronze medals in the numerous age and weight divisions. Germany came in second with six gold, six silver and seven bronze. Host nation, the United States, took the third place in overall medals with four gold, nine silver and 21 bronze.
As one of those U.S. gold medalists pointed out, while athletes definitely converge here to compete, they leave as better friends and return again. “It’s a big family,” said Dr. Sandy North of Hollywood, Florida, who took gold for the U.S. He received a very special award along with his countryman and co-worker in judo, Bert Mackey of Seattle. Mackey took a silver medal at the Grand Masters. The two were honored by the International Judo Federation for their support and extensive efforts to build masters-level judo. USA Judo’s CEO Jose Rodriguez noted that it was an easy decision to recommend Mackey and North when the IJF asked for selections.

The Grand Masters finished today with the team competition. Most of the gold medals were taken by Russian teams.