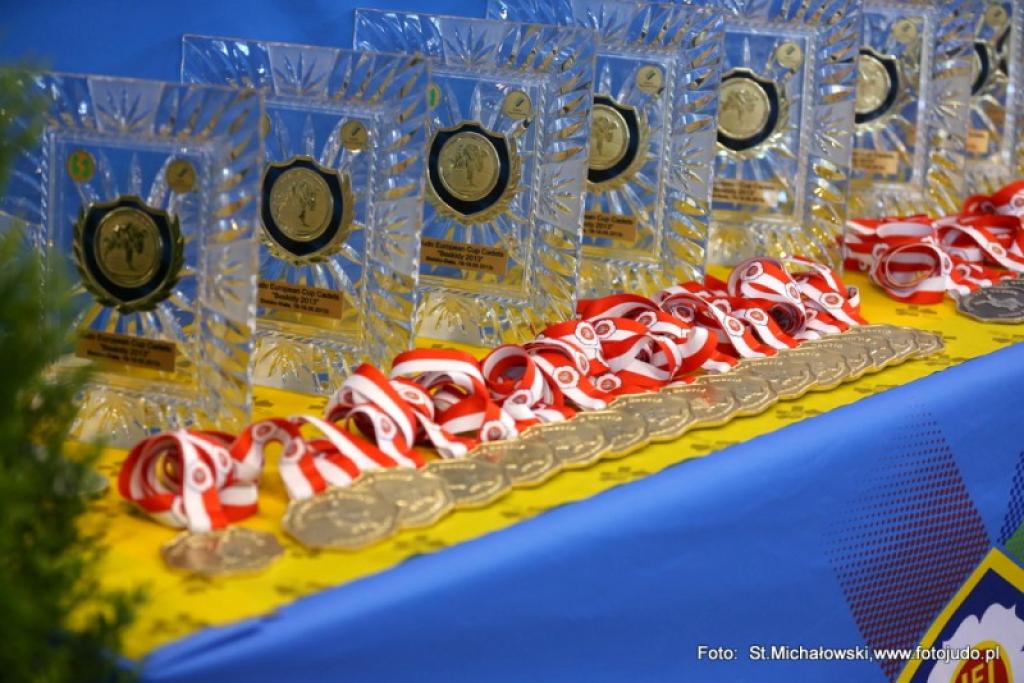 At the European Cup for Cadets in Bielsko-Biala the French team delivered the best young judoka. The French female talents were able to claim 50% of all gold medals, four in total of the eight categories. Russia, Japan and Azerbaijan all won two gold medals.

Bielsko-Biala was the last of ten cities in Europe where the best judoka under 18 years battled for the medals. The last preparation for the European Cadet Championships in June in Tallinn (EST).

The four French victories were however the first four gold medals of this season, a rehearsal for Tallinn. Over the whole season the Russian young athletes were by far the most dominant taking 27 gold medals. Especially the young Russian men were very good, also this weekend in Bielsko Biala were they won two categories and nine medals in total in the men’s division, which gave them the first place. Tural Tepkaev (U81kg) and Karen Palian (U90kg) won their categories.

Second in the season’s overall tally is Germany with 14 gold medals including this weekend’s gold medal of Noah Sauer (U55kg).

Azerbaijan is the proud third nation in the season medal tally with 10 gold medals. This weekend it was followed with gold for Natig Gurbanli (U50kg) and Leyla Aliyeva (U44kg).

The most successful judoka this season U18 years were Patrycia Szekely of Germany, Szabina Gercsak of Hungary and Mikhail Igolnikov of Russia. All three judoka won three events and seemed to be the favourites for the European title. Mikhail Igolnikov already counts two European title on his list of honour and he can become the first judoka in the history to win three Cadet European titles.

This weekend in Poland again Brigita Matic hit with a nice gold medal in her category U70kg. It was her second gold medal as she started with gold in the first event in the season in Zagreb.

Belgium was happy to win the first gold medal of the season by Mina Libeer. Belgium won gold but lost four finals this season. The Netherlands holds the record with one gold and seven gold medals. In that perspect Germany was much more efficient winning 14 gold medals in 22 finals as well as Azerbaijan winning 10 gold medals and five silver medals.

In June we will know who are the new European Champions.

Watch all photos from Bielsko-Biala in our media gallery