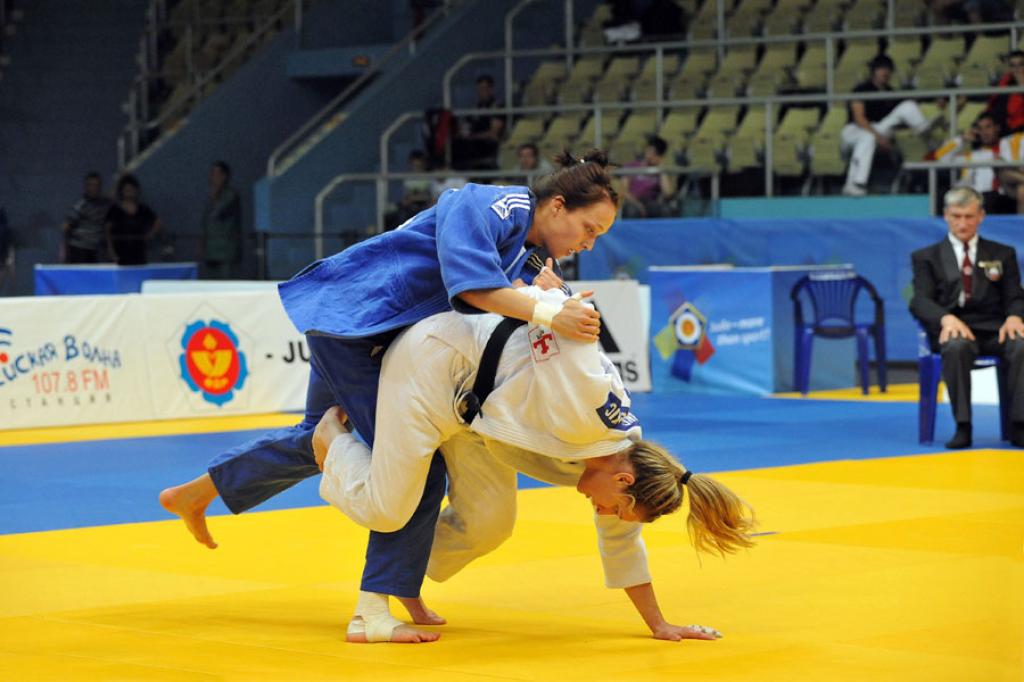 At the first day of European Cup in Orenburg (RUS) the lightweight categories started off the tournament. In the U60kg category the spectators could watch a great performance of Ashley McKenzie, the reigning European U23 Champion and winner of the World Cup in Warsaw. But McKenzie was defeated by Dmitry Kulikov, a local fighter who was supported by the home fans. He celebrated over the leader of the Senior European Cup ranking in the semi-final in a heavy fight in the golden score. McKenzie led the fight but Dmitry managed to get equal at the very end of the match and made shimi-waza at the end of golden score.
Kulikov almost left all his forces in the semi-final and lost the final to another Russian athlete, Murad Abdulaev. McKenzie took the bronze medal.
In the U66kg Ivan Spirin, Russian U23 Champion 2011, defeated all his opponents today including Umidjon Halilov (UZB) in the final. British Craig Fallon finished third, just like the other potential representant for Great Britains Olympics Ashley McKenzie. Sergiu Oleinic (POR) won bronze too.

An amazing tai-otoshi brought the gold to Russian judoka Dmitry Yartsev in the final against Piotr Kurkiewicz from Poland in the men’s U73kg division.
In the women’s categories Kristina Rumyantseva RUS won the U48kg category. Of six participants, only Ewa Konieczny was not from Russia, she finished with bronze.
Natalia Sinitsyna is the Russian U23 champion of the last two years and typical for someone to win these European Cups. Sinitsyna defeated Shushana Gevondyan (UKR) in the final who won her first medal at a European Cup. Miranda Wolfslag (NED) and Anna Grebennikova (RUS) finished third.

Dutch Grol Carla (pictured) was able to become the only non-Russian winner in Orenburg. Grol won the U57kg category in the final against Croatian senior Champion Andrea Bekic. Grol won her first European Cup after getting silver in Boras last year and bronze in London and Istanbul. Now Carla Grol won in Arlon and Orenburg this year, brother Henk also won twice, in Paris and two weeks ago in Baku.
In the last category of the first day U63kg,, Alina Pukhova of Russia left no chances to her opponents and won gold in the final against Alexandra Salnikova (RUS).