Russia takes more than half of the European titles 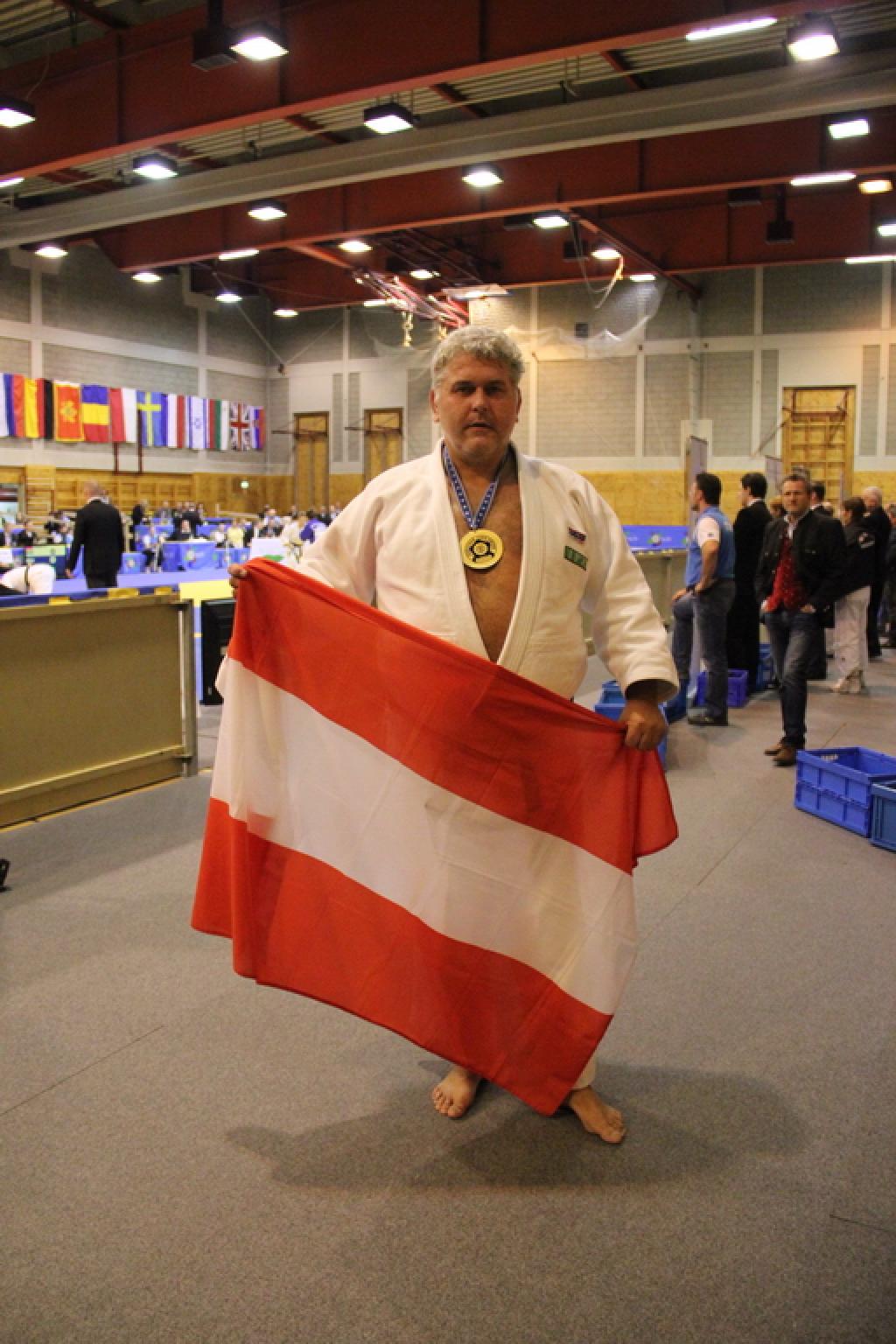 At the third day of the European Veteran Championships host Austria has won its fifth gold medal. Russia is still leading by 29 gold medals. Austria celebrated the gold of Monika Schneglberger -52 kg, Sonja Hiermann -78 kg and Helmut Gföllner +100 kg today, and collected two bronze medals -63kg and -100 kg.
Russia that has by far the biggest team was successful again for the third day in a row. On the last day of the inidividual championships Russian ended with 29 gold medals, 24 silver medals and 2 bronze medals.

Today Helmut Gföllner could win the gold as only Austrian man. Austria takes the fourth place in the medal tally behind Russia, Germany and Italy who both took seven gold medals.
The German women however took the most titles. In total the Germans won four European titles, just as much as Austria.
It was most over the Russian men’s team that was amazingly dominant winning 28 European titles in all 53 categories.

Among the winners some former top judoka such as Christophe Le Gorbelec, Johnny Volpe, Anton Cena and Philippe Taurines.

On the last day the team event will be the summum of the event in Leibnitz. Waatch the event here starting at 10.00 o’clock.
https://www.eju.net/results/?mode=showResult&id=657