RUSSIA TAKES THE MOST GOLD WHILST GERMANY IS DELIVERING A SHOW 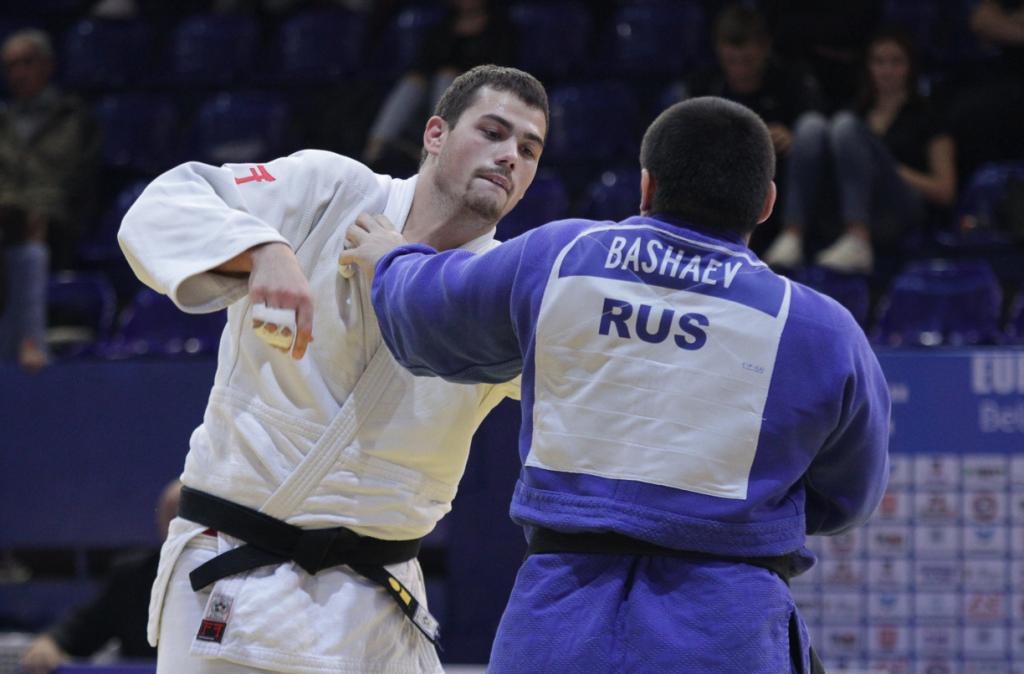 Russia set a high benchmark for the rest of the nations at the 2016 European Judo Cup in Belgrade with eight golden performances throughout the weekend. Further apart, Germany followed by two winning pieces.

The -100kg category brought about an all-Russian final with Niyaz ILYASOV and Niiaz BILALOV. The first two minutes passed by with equal chances yet without any scores. However, there came the moment when more experienced, Bilalov, took the arised opportunity in ne waza and won gold by oseikomi. World Junior Champion of 2015, Ilyasov, fought at his absolute best and quoted after the final: “He [Bilalov] is a strong man and it is never nice to fight with someone of your own country. Although, we live far away (he in Rostov and I am Kazan), we know each other well”, complimented the winner.

Germany finished second in the medal table thanks to the gold medal on Sunday by Benjamin MUENNICH [-81kg] and David TEKIC [-90kg]. The final of the -81kg was won by Muennich against Abbas AZIZOV of Russia. Azizov led by yuko but Muennich came back with a wazari and yet the Russian judoka kept the pressure high on Muennich. Despite a second yuko from Azizov, the German fighter was able to hang on the higher score and take the gold. “It is hard to describe this victory, because I can’t explain what was the difference maker. I was here in 2010 and I took a silver medal. This is the second time here, and I had something to finish which I did. I took a few silver medals lately indeed, but today was just a great feeling. Fighting five matches, but perhaps later I can reconstruct why I won all five this time.”

David Tekic was also impressed. A gentleman who uses his body to describe his life we shouldn’t be surprised if Belgrade soon to be tattooed somewhere. Tekic defeated Dmitry GERASIMENKO (SRB) in a thriller final. The clear contest time passed by with no score to neither sides which resulted the contest to be moved into golden score. Within a minute into extra time, Tekic stroke with a stunning Ippon before receiving respected round of applause from the crowd, whom understood his Serbian name and background. The transition from junior to senior seems to go well for Tekic. “I won the European Open in Madrid, now this one, so things look okay. I don’t have guarantees yet to start at the European U23 in Tel Aviv, but things look good now.”