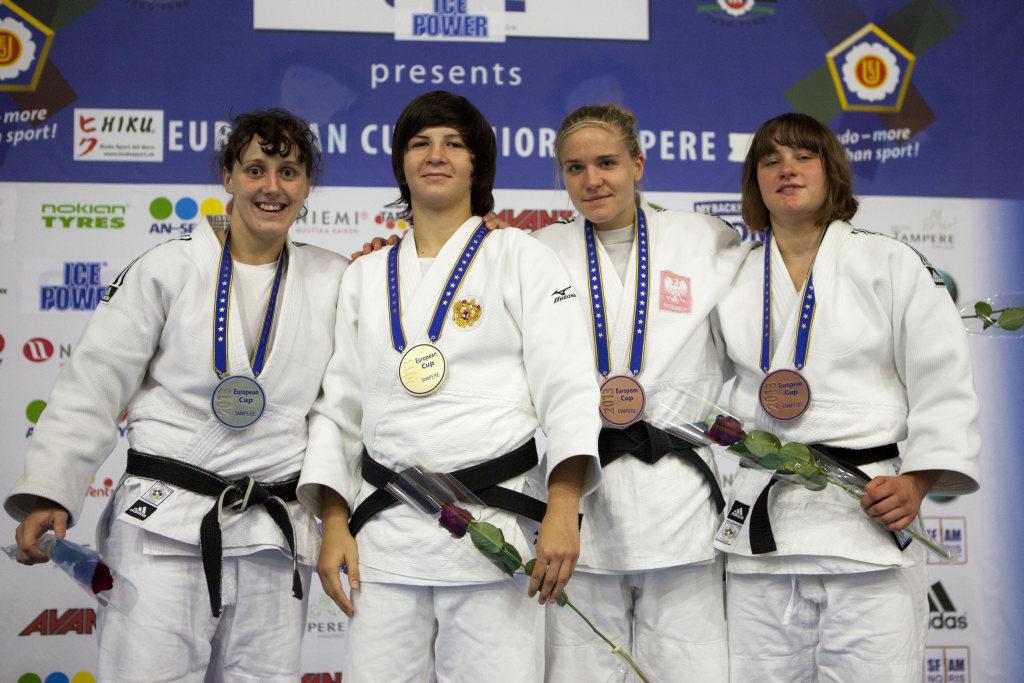 Russia’s judoka continued their strong show also on the second day of the European Cup in Tampere.

Estonians were on their game and both Jevgeni Salejev (-81 kg) and Juhan Mettis (+100 kg) rose as winners of their series. Juhan Mettis turned his silver from last year into gold. The most intense match was for bronze between Walter Azoula and Georgy Makarov, in the U81 category. The Frenchman couldn’t combat Makarovs strong grip and in the end the match ended with Makarov’s counter throw to Azoula’s uchimata. U90kg Dutchman Remco Van den Brink took the gold in the final match of the competition with an impressive armthrow. In the women’s finals under 70kg Christina Muller from Germany lost in the last seconds against Poland Karolina Talach by a penalty, Talach took the bronze medal. Gold medal was captured by Alena Prokopenko (RUS), silver to Olga Artoshina. Other winners of the second day in Tampere European Cup were Daria Pogorzelec, Poland (-78 kg), Aydana Nagorova , Russia (+78 kg), and Azamat Sitimov (-100 kg).