Russia, Turkey and Slovenia on the top of medal tally in Teplice 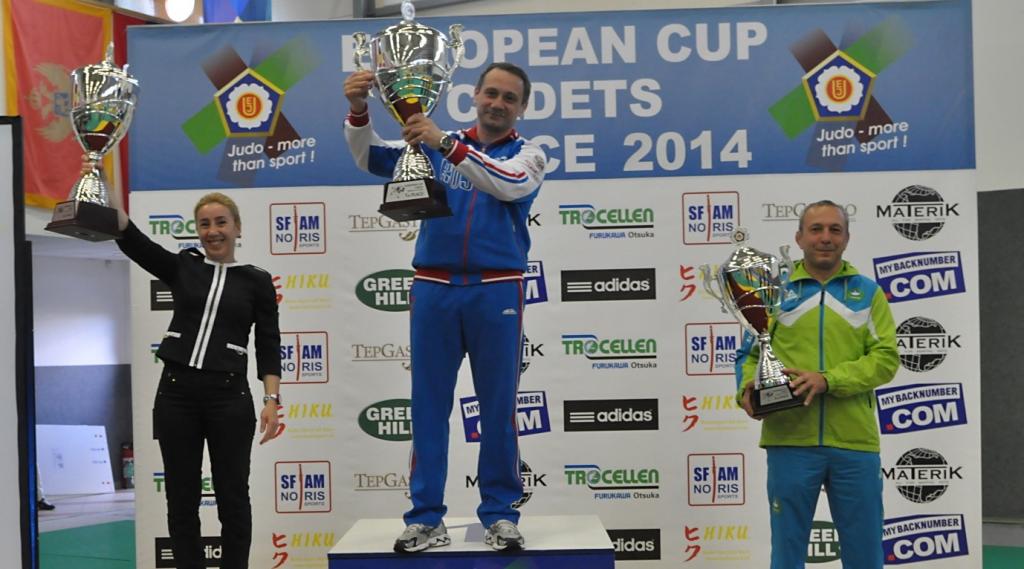 The Russian athletes continued to dominate the European Cup Cadets in Teplice. On the second competition day they won all 4 gold medals in the boy´s categories. In total the Russian team won 7 gold medals.
“This is one of the best result our team has ever achieved in the European Cups”, Mr. Gladchenko, the Russian head coach said, “I am very much satisfied with the performance of our athletes. I would personally like to highlight the performance of Kolesnik in -73 kg and Konstantin in -50 kg. But the most important tournaments are still ahead of us”.
Indeed Kolesnik showed very nice judo in Teplice. In the final he scored waza-ari with a counter attack. His arm-lock in the semifinal was a text-book style technique.
Also Zaur Ramazanov decided the -81kg final by waza-ari but this time with kata-guruma. “I am very much satisfied with my performance here”, Zaur Ramazanov, the winner of -81 kg said. “I placed second in Berlin and won here in Teplice. The final which I won by waza- ari was the most difficult fight of the tournament. But I believe that I have shown nice judo here in Teplice”.
The second most successful team was Turkey with 3 gold 3 silver and 3 bronze medals. Ms. Senyurt, former Olympic medalist who is the coach of the Turkish cadets said: “I am very much proud of our team. We have performed very well here. All medals we have won here are very precious for me. I am happy that Ciloglu in -60 kg has managed to break the hegemony of the Russian boys. However our main aim is to prepare our cadets for the future. I hope that the best of this team will represent Turkey in Tokyo 2020”.
Also Slovenian athletes won 3 gold medals in Teplice. Today Klara Apotekar dominated in + 70 kg. “That was my day today”, she said. “I won every fight before the time limit. I felt that my techniques were smooth and fast. But my main goal is the medal from Athens.”
The last gold of the day went to Austria. In -63 category Michaela Polleres of Austria decided the fight with a technique performed in the very last second.
The tournament is followed by the EJU training camp which lasts till Wednesday.

Watch all the photos from Teplice in our photo gallery