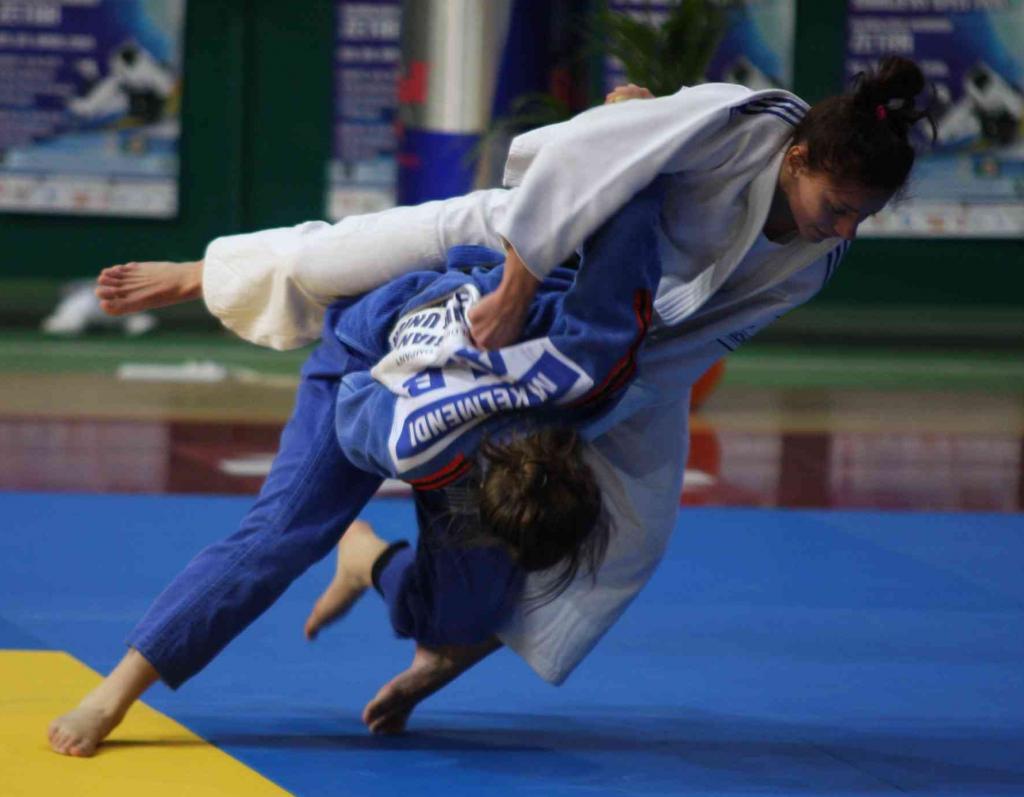 At the second day of the European Cup for seniors in Sarajevo Russia took two gold medals. The first U60kg by Artur Muslimov. The second by good old Denis Pavlov (what did he do last three years) who defeated Belgian 19-year old rookie Kenneth van Gansbeke U66kg, one year younger than his brother Kevin van Gansbeke.

Belgium is booming in all weight categories, most of all by younger judoka. The Belgians won another medal, but this time gold by 22-year old Amelie Rosseneu. The lightweight U48 was not selected last week for the European Championships and took revenge by showing a great perfomance. Rosseneu beat Kristina Vrsic (SLO) in the final today.

Majlinda Kelmendi is the World Junior Champion and she was the favourite for today’s title U52kg despite her age of 18 but she could stand the pressure and won as youngest winner this weekend. Kelmendi born in Kosovo represented Albania today had to deal with Anna Grebennikova from Russia.

Austrian Champion Marlies Priesner won the U63kg against Anja Pecnak (SLO), both 20 years young. Priesner is however not selected for the home European Championships as Hilde Drexler is Austria’s first lady U63kg.

Slovenia won the women’s division due to their three losses too, but most of all the gold of Branka Mirjanic yesterday. Belgium did well and won three women’s medals, and three men’s medals.
Russia and Serbia however won the overall medal tally both winning three finals, but also losing three. Russia won a tremendous number of 10 bronze medals. Albania won two medals, both Kosovarian judoka.