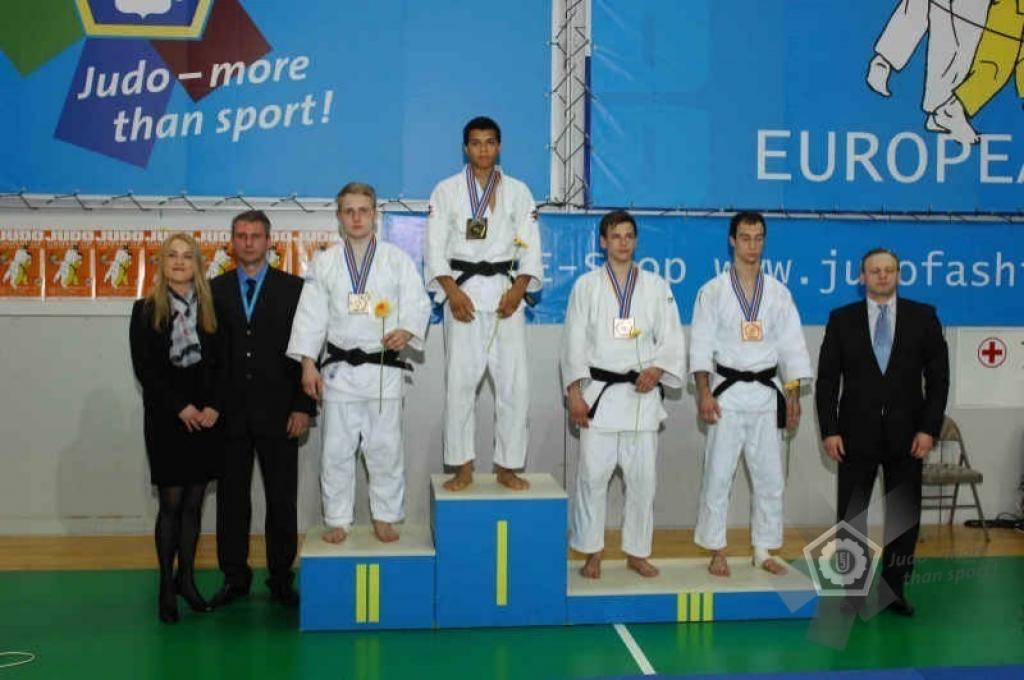 At the European Cup for Juniors in Kaunas (LTU) the Russian juniors dominated the event. With seven out of 16 gold medals, Russia topped the medal tally. In total the Russian team collected 19 medals.

In total 15 nations participated and 11 nations won a medal. Also the British athletes showed their best efforts taking four gold medals and they didn’t lose any final. Belarus, Poland, Finland and Slovenia were also among the winning nations.

The victory of Max Stewart (GBR) U81kg was impressive. His final only took 7 seconds.

One of the toughest finals was the one between Zarina Babinyan (RUS) and Katri Kakko (FIN) the category U52 kg.  Babinyan won the exhausting final, it was the longest final fight of all.

The Lithuanian Judoka claimed 6 medals, 3 Silver and 3 Bronze. Some Lithuanian women sportsmen are winning medals in Kaunas Junior Cup  for past 3-4 years. Renalda Gedutytė won her fourth medal. This weekend she prolonged last year’s title U70kg. Diana Kiskel won her second medal, this time silver, last year bronze, although in Tartu this year she was already successful with gold.

The European Cup in Kaunas has had some strong winner in the past who are now performing at the highest level. Former winners are among others Karolis Bauza, who recently won a bronze medal at the European Senior Championships in Budapest, Juhan Metis (EST), Lisa Kearney (IRE), Dzmitry Shershan: all participants at Euro2013. Also Daria Pogorzelec (POL) won the tournament in 2008 and she finished seventh at the 2012 Olympic Games.

Kaunas was the sixth out of 13 events this year in advance of the European Junior Championships which will be held in Sarajevo (BIH) this year in September.