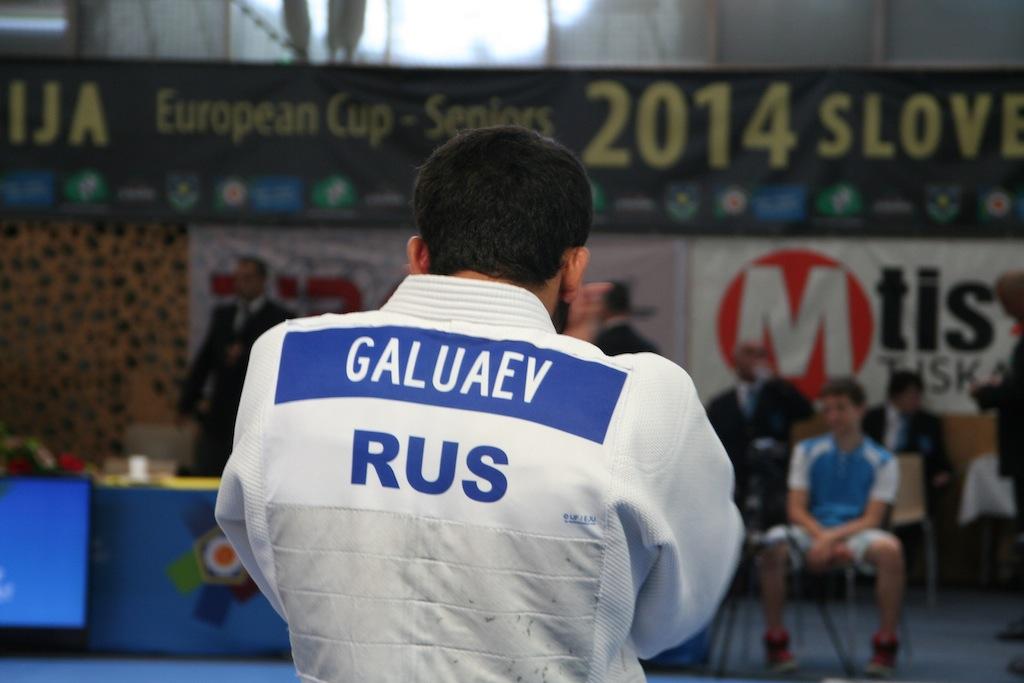 316 athletes from 27 countries are participating in the European Cup which is held in Podcetrtek, Slovenia this weekend. Although the biggest Slovenian judo stars have skipped the tournament because of the preparation for the Grand Prix tournament to be held next weekend in Budapest the spectators saw very nice judo today.
“I like this tournament very much”, Serge Dyot, the French national team coach said. “The level of judo in Slovenia is very high and this tournament is one of the strongest in Europe. I hope that our team will make some good results here”.
And indeed straight away the first final pleased Mr. Dyot very much. Melanie Clement scored 2 yuko against Menz of Germany in the final and won the first gold for France.
The final in -60 kg lasted 7 seconds only. Ediev of Russia completely surprised Graf of Germany with a perfect seoi-nage. “Graf did not expect this technique”, Ediev said. “but I know that this technique is very effective and dangerous. Although it looked as an easy victory for me here I had big difficulties in the second round when I was losing against a Belgian opponent and I did not manage to finish my arm lock. However eventually I tried the arm lock once again and it worked. This victory is one of the biggest achievements in my sports career.”
The second gold for the Russian U-23 national team won Polikarpova in -52 kg. The final against Bekic of Croatia was one of the best fights of the day. Polikarpova scored yuko with an uchi-mata but Bekic equaled the fight with a nice soto-maki-komi. Bekic tried the same technique again but Polikarpova was well prepared for it and got waza-ari for a counter. She immediately continued in ne-waza and added the second waza-ari with a pin. “I fought here last year in -57 kg and lost”, Polikarpova said. “I am therefore very happy that this year I won this tournament. Our team is getting ready for the U-23 European championships and I hope that I will win a medal there”.
Adrian Gomboc is a rising star of the Slovenian judo and was presented an award for his last year´s achievement during the opening ceremony. He was the biggest hope of the Slovenian men team today and indeed did very well. Despite of his lost in preliminaries he managed to win both the repechage and the bronze medal fight in front of the frenetic home crowd. “I would like to thank to all of my fans who supported me here”, Gomboc said. “The atmosphere was similar to junior world championships in Ljubljana last year and I have enjoyed it here very much. I am getting ready for the Budapest Grand Prix to be held next week and hope to get some good result there. It is a pity I lost here against Le Blouch of France who has eventually won my category but he was the best today. I hope to win next time.”
The home crowd expected Petra Nareks to win the gold in -57 kg and indeed she was only 4 seconds away from the victory. But she was penalized for a false attack and received hansoku make in the golden score match for a leg grab. The gold in -57 kg therefore went to Italy thanks to Maria Centracchio.
Last year Feliks Galuaev of Russia placed second in Podcetrtek but this year he came for gold. In the final he threw D. Stepian of Poland for 2 waza-ari with spectacular uki-waza. “I am very happy that I won here but I expected to challenge Rok Draksic here. I hope to fight him next year”, Galuaev said.
Slovenia had one more chance to win the gold medal. In -63 kg the hottest favorite was Tina Trstenjak. The final against J. Wichers however did not go in her directions. Trstenjak was penalized twice in the beginning of the fight and although she managed to equal the score she got the third shido in the last minute. Trstenjak then risked everything but Wichers remained calm and threw Trstenjak for ippon with a spectacular ko-uchi-gari only 8 seconds before the end of the match.
The tournament continues tomorrow from 10:00 and it is possible to see it live on the EJU web site.

Watch all the photos in our media gallery