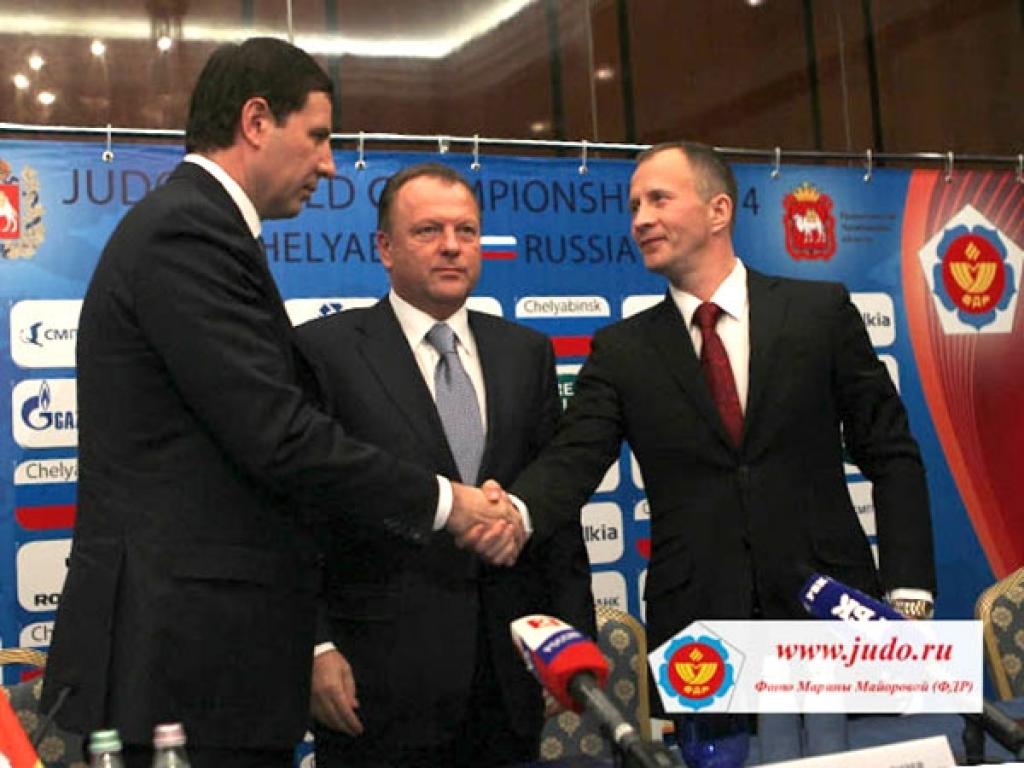 A cooperation agreement for organizing the World Judo Championships (individual and teams) – 2014 was signed on December, 17 in Moscow, Russia. According to this agreement the right to host this event was given to Chelyabinsk, Russia. The Agreement was signed by the International Judo Federation President, Mr. Marius Vizer, the Vice-President of Russian Judo Federation and President of European Judo Union, Mr. Sergey Soloveychik and the Governor of Chelyabinsk Region, Mr. Mikhail Yurevich.

Since the first edition of the Judo World Championships, organized in Japan in 1956, the event was held only once in Russia. This was in Moscow, USSR, back in 1983. The signers agreed that WC-2014 would be remembered as one of the best organized events and would have a perfect impact on the new generations of Russian judokas. The European Championships 2012 were already organized in the city of Chelyabinsk this spring and the level of organization received the highest evaluation replies, with 45 participant countries, 377 athletes and 50.000 spectators in total.

According to Mr.Vizer’s opinion: “Russia is not only one of the leading countries of the world but it is also one of the leading countries in judo.” The capital of South Ural will now become the major judo city in 2014. In his speech, the Governor of Chelyabinsk Region mentioned that Chelyabinsk was well-known for its judo traditions and that the city has all the necessary conditions for holding international events: “Chelyabinsk is already acquainted to many athletes and the city will welcome them as old friends.” Mr.Yurevich concluded by: “WC-2014 would fix the status of Chelyabinsk as the capital of Russian judo.”

At the end of the signing ceremony, Mr.Vizer presented the Chelyabinsk Governor with a special award. Medals were also given to the Chelyabinsk Olympic Champion-2012, Mansur Isaev, and to the head coach of the Russian team, Mr. Ezio Gamba, who was recently recognized as the best coach in Russia-2012 by the Russian Olympic Committee, due to the fantastic results of Russian judo men’s team at the London Olympic Games.