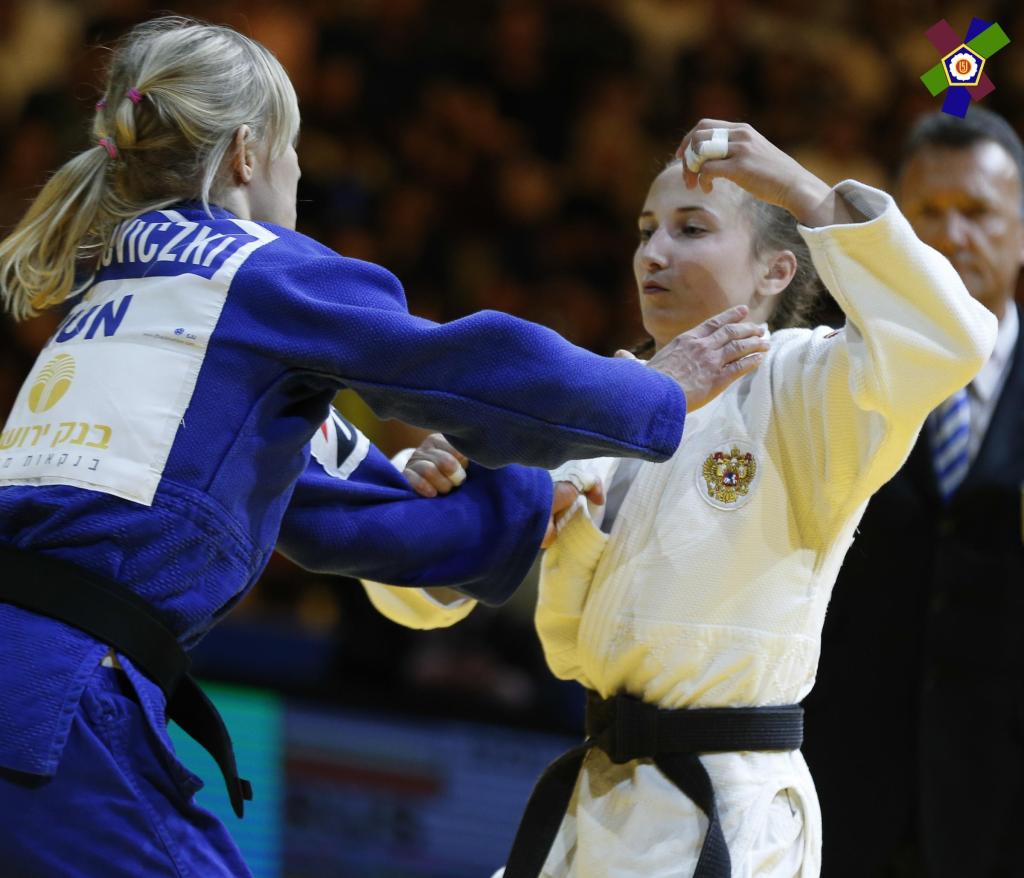 We are now a week away from the beginning of the 2nd European Games in Minsk, Belarus. In some of the weight categories we have some exciting new judoka who have made their mark as junior athletes and will strive to make their way past the medal favourites.

Ukraine’s teen wonder, Daria BILODID will lead the pack in Minsk as the #1 seed of the -48kg category. The 18 year-old took the European Championship title in Warsaw 2017 but did not compete in Tel Aviv last year, this will be her chance as the current World Champion to also acquire the European title once more. Hot on her heels is Tel Aviv silver medallist, Distria KRASNIQI (KOS) who will be fighting to move up on the podium and take the gold this time round.  Beating out KRASNIQI last year was Russia’s Irina DOLGOVA, it will be a tense tournament between the top three.

However, there is some fresh blood coming up the ranks, defeating her team mate Julia Figueroa, Laura MARTINEZ ABELENDA (ESP) has gone from strength to strength and poses a real threat in the 48kg category. Her success in the recent Baku Grand Slam places her as the youngest Spanish athlete to win an IJF tour event.

Leading the race in the -60kg category is double World bronze medallist, Amiran PAPINASHVILI. The Georgian is a veteran of the IJF tour with 28 medals in the bag, not counting his European conquests, including the European title in 2013. With this, PAPINASHVILI remains a constant threat to those chasing down his rank. Fellow Georgian team mate Lukhumi CHKHVIMIANI is the #3 seed in the European Games this year, though with significantly fewer results than his counterpart, he took the gold on home soil most recently in the Tbilisi Grand Prix for the third year in a row.

Splitting up the Georgians in the ranking is #2 seed, Francisco GARRIGOS (ESP). The former Junior World Champion has continued his climb to the top during his career and now sits as #8 in the WRL. Though the 2018 European Championships did not go as planned for GARRIGOS, his bronze medal result the previous year keeps him as a solid hopeful in these European Games.