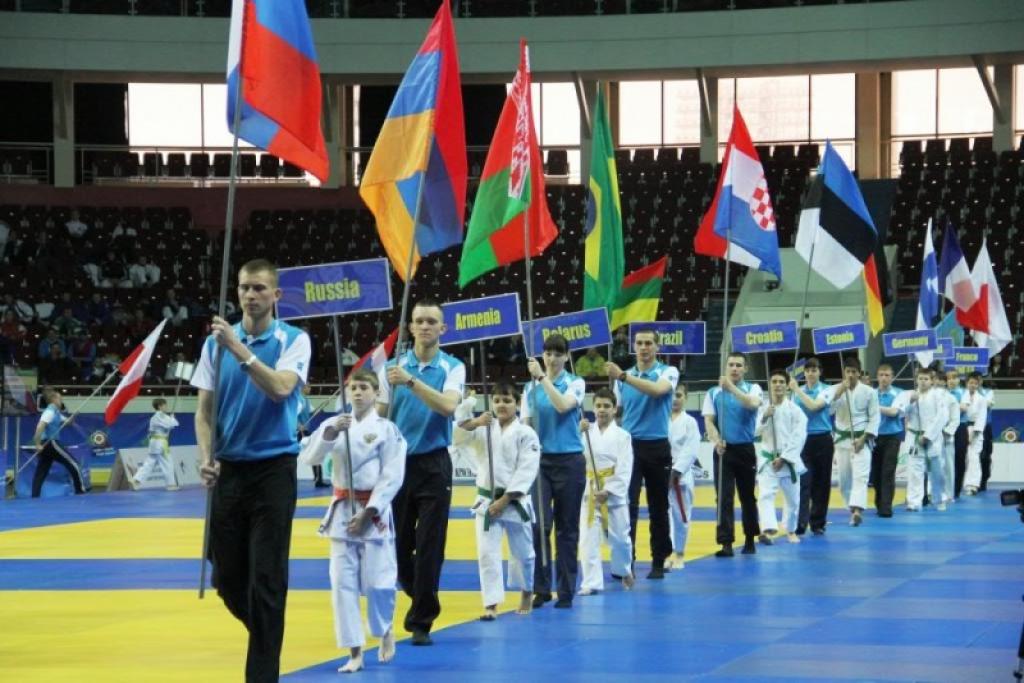 This weekend the Junior European Cup in Saint-Petersburg was held in Sport Palace “Yubileinyi”. More than 350 athletes from 18 countries of the world are present. The greatest number of judoka is from the Russian national team (127).

In the first day of the European Judo Cup Junior eight sets of categories were held. Juniors fought in weight categories 55, 60, 66 and 73 of kg – boys, and  63, 70, 78 and +78 kg – girls. Medals were won by athletes from 7 different countries. The best result is at Russian team winning twelve medal (3-3-6). The national team of Japan follows with six medals in total and three were gold (3-2-1). Also the Brazilian did well counting five medals but no gold (0-1-4). It was the second time that the Brazilians participated in St. Petersburg.

At the opening ceremony of tournament there was the general consul of Japan at St. Petersburg Yosikhiro Yamamura, and official representatives of administration of St. Petersburg.

Below you find the results as well as in our results page.

Japan and Russia dominated the men’s division by claiming two gold medals each. In each final Russia was represented.