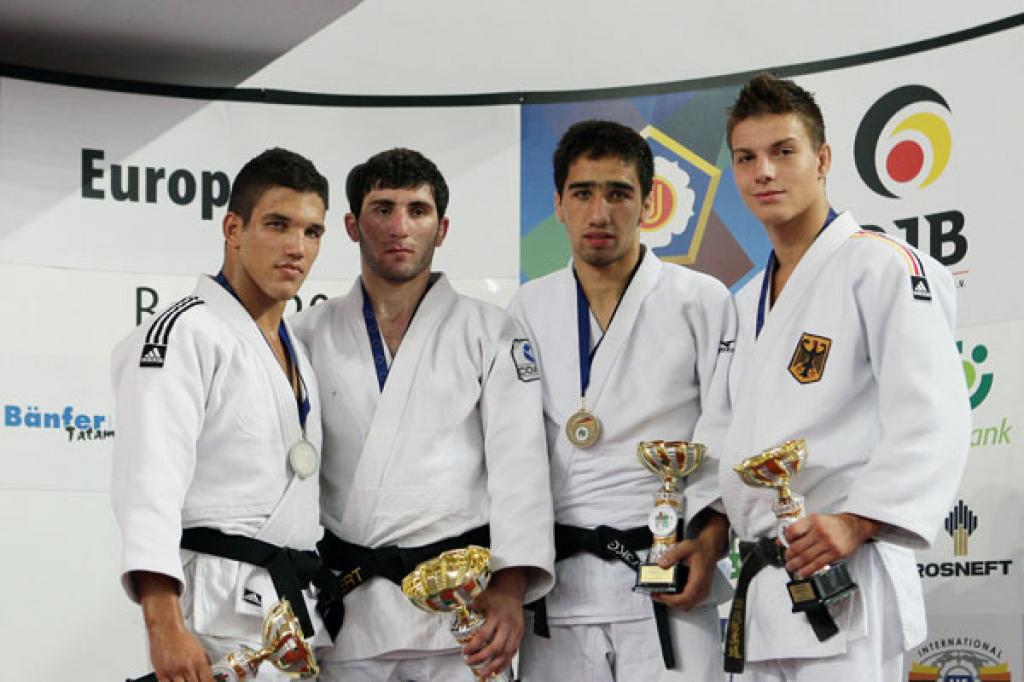 Russia hit the gold pot at the last day of the European Cup for Juniors in Berlin. The Russian team added another four gold medals to the two of yesterday. Poland, France, The Netherlands and Germany also won gold.

Halima Mohamed-Seghir won her second European Cup U63kg this season. The Polish defeated Mia Hermansson, which was quite a surprise.
U70kg Fanny Posvite (FRA) came over Lisa Schneider (GER).
The Dutch dominated the U78kg class. Karen Stevenson was victorious over Miriam Dunkel and Guusje Steenhuis (NED) won bronze as well as Madeleine Malonga (FRA).
Lithuanian Sandra Jablonskyte is phenomenal this season but lost today;s final of the European Cup against Zita Notter (GER) who had already lost two finals this season and wasn’t counting on a third one, and acted accordingly.

Germany has won the overall season’s medal tally in the junior division of the European Cup. Germany was the best performing nation in 2010 as well. This year Germany collected 25 gold medals and 94 medals, the Germans have a good outlook for future medals. Russia is ranked second with 21 gold and 91 medals in 2011.

Britain has got talent again and is enjoying the performances of Max Stewart U73kg. He won three events and bronze on Saturday in Berlin. Heavyweight Damian Nasiadko of Poland won three gold medals and one bronze and boosted his country to twelve gold medals in total this year, 58% more than last year.
Heavyweight Sandra Jablonskyte (LTU) is the lost today but was able to win three finals this season and reached five finals.

The European Championships of this year will take place in Lommel in Belgium from 16-18 September. The Belgian organisation is preparing for a long time and looking forward to host the best European juniors.

Watch all pictures of the podiums: