Russian Ministry of Interior wins Open ECh for Army, Police and other forces 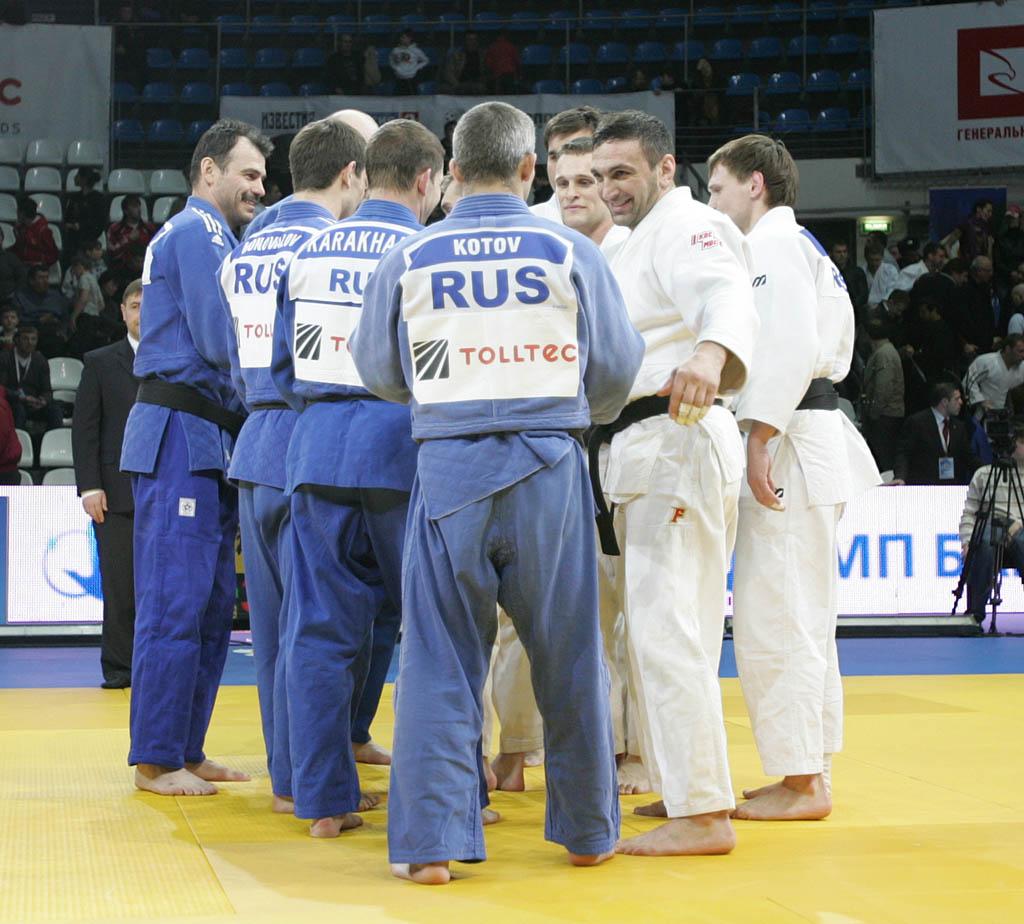 106 participants from 17 nations and a total of 22 teams came together on Saturday at the Open ECh for Army, Police and Other Forces in the Sports hall of Sports club Dynamo.
All teams arrived on Friday and the accreditation was arranged well by the organisation.

At the event the new judogi control was implemented with the help of the sakoteki, which could be used by referees to check the athlete’s judogi. In case of any problems, they could change the judogi. The organisers provided the participants with 5 pairs of white and blue reserve judogis.

Alongside the matches the opening ceremony was a fantastic show of all forces with music, artists and speeches.

Have a look at the many pictures of this event.