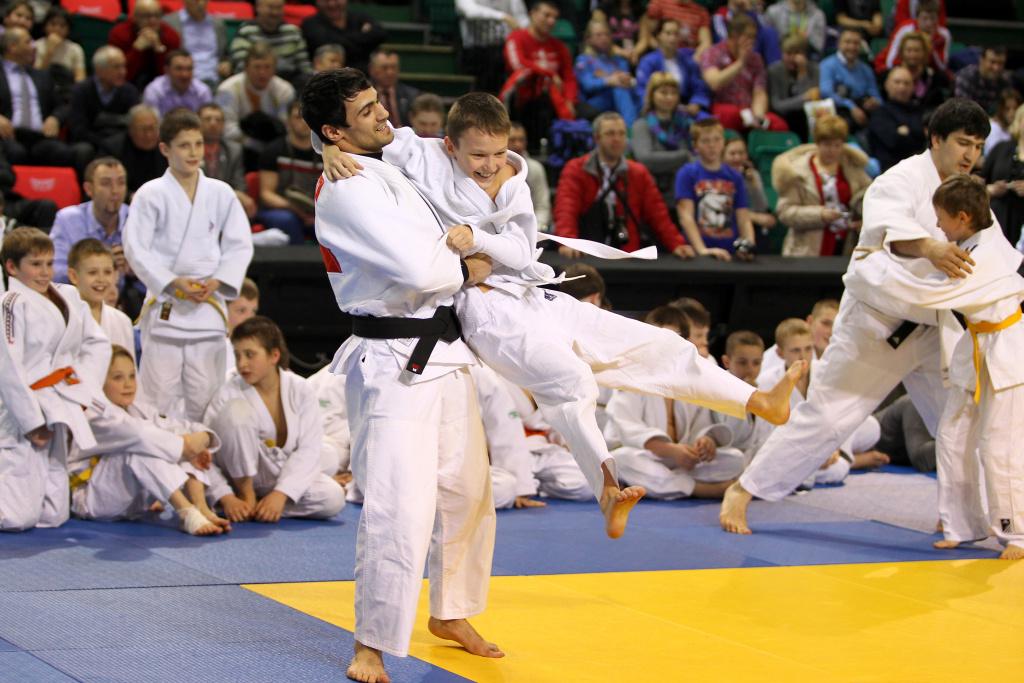 The youngsters warmed up by displaying their talents on the competition tatami as their flawless technique left the crowd in awe. Then Russia’s leading trio entered the tatami to warm applause and invited judoka from the group to train with them in the middle of the tatami. After a group photo, the London 2012 winners held an autograph session and posed for pictures beside the tatami. The masterclass session was the brainchild of World Combat Games Judo Ambassador and Russian Judo Federaton General Team Manager Ezio Gamba. Gamba said: “I think the masterclass went well, we wanted to have an opportunity for children to train with our Olympic champions at the World Combat Games. It is important to show our champions and for them to continue to inspire people. The families and coaches of the children were able to watch as it was held on the competition tatami and I think it was interesting for the crowd to see.”