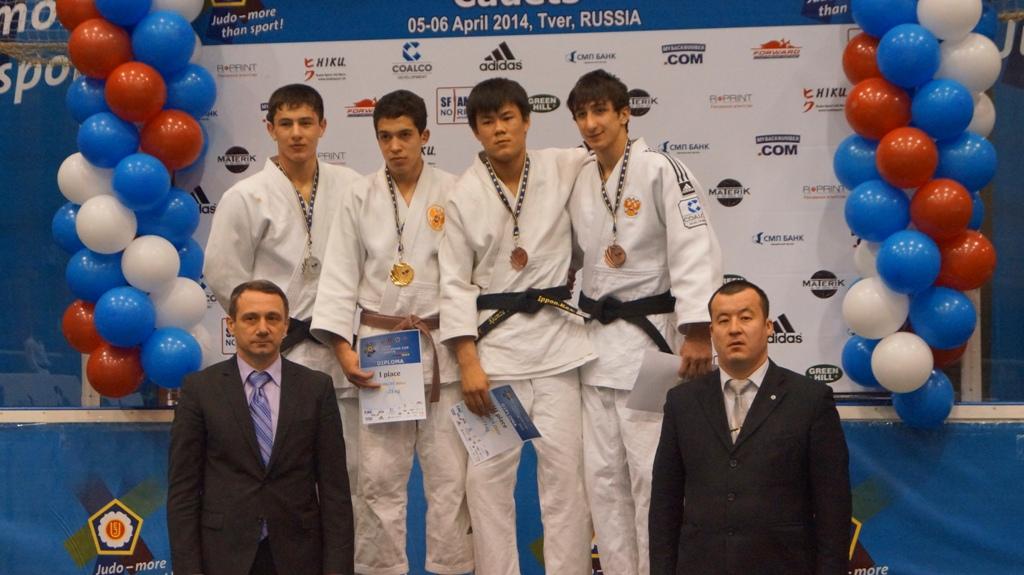 In the first day of the European Cup for Cadets Russia had won all gold medals.

At the second day of the European Cup Cadets in Tver it was Hungarian Renata Lorinc U63kg, Kotsoev Zelim from Ukraine U90kg and Rakhimov Temur from Tadjikistan above 90kg who broke the ban of the Russian home dominance. The final U63kg is the only final of the present European Cadet Cup without host judoka and Renata Lorinc (HUN) is the only female judoka who won gold of the European Cup cadets in Tver except the Russians. She was stronger than her opponent from Switzerland Kuka Loriana. Kotsoev Zelim from Ukraine defeated Russian judoka Abdullaev Anar in the keen competition of the final U90kg. The final fight in the weight category above 90 kg between Rakhimov Temur (TJK) and Salykov Damir (RUS) was extremely exciting and Rakhimov Temur got a great support of spectators and came out as the winner. The bronze medalist of the World Championships 2013 Didar Khamza from Kazakhstan took only bronze medal of the European Cup in Tver this weekend in the weight category U73kg. The World cadet champion 2013 and the national champion Ramazanov Zaur (RUS) lost his final U81kg against Tepkaev Turpal (RUS). Russia was the winning country at the European Cup in Tver this year. The Russian team collected 13 gold medals and 47 medals in total. Hungary was second best with 1gold and 2 bronze medals. The awards for best cadets went to Gryzlova Maria U57kg (RUS), Lorinc Renata U63kg (HUN), Taymazova Madina U70kg (RUS), Bukreeva Marina +70kg (RUS), Nuraliev Botyr U73kg (RUS), Tepkaev Turpal U81kg (RUS), Kotsoev Zelim U90kg (UKR), Rakhimov Temur +90 (TJK). Watch the photos in our gallery