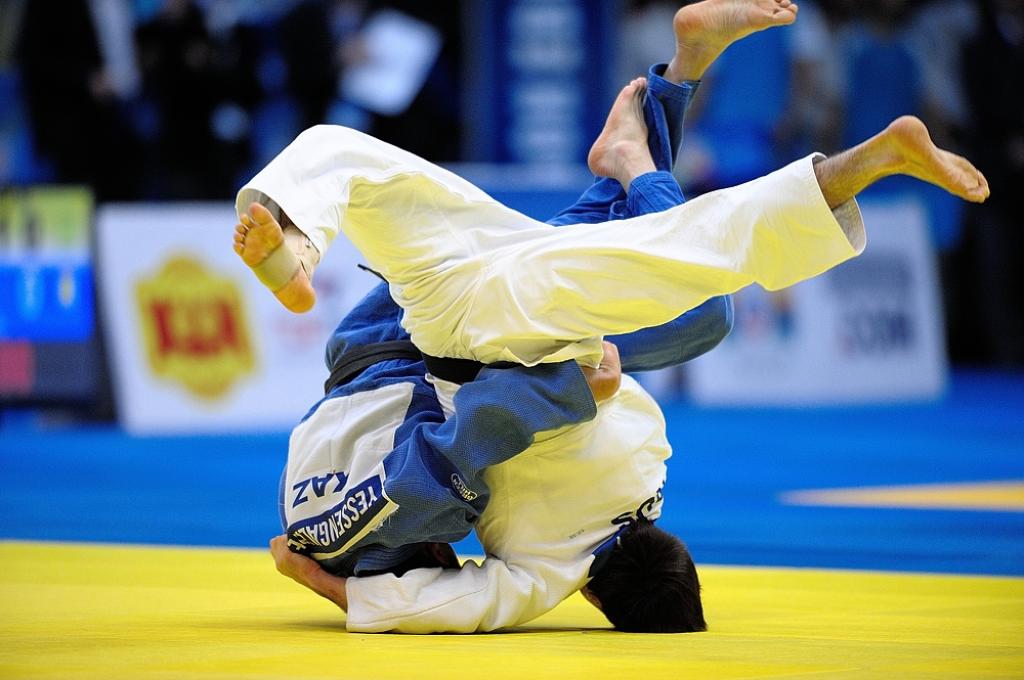 The male judoka from Orenburg (RUS), Ivan Kulikov (-60 kg), showed an excellent fight in the final against the Armenian Ivanyan Grigor winning by waza-ari.
Belarusian Nakhaenka Katsiaryna (-48 kg) defeated Dmitrieva Anna (RUS) by ippon probably in the most beautiful and exciting fight of the day in female’s division.
Duport Lucile (FRA), who was coaching by the prominent French judoka Celine Lebrun, won their title in the weight category under 52 kg.

The second day of the European Cup for Seniors in Orenburg offered some interesting and tense fights.
Russia was the most successful country at the European Cup in Orenburg this year collecting a total of 8 gold, 7 silver and 18 bronze medals.
Belarus was second best with 2 gold and 2 silver medals.

Kazakhstan, France and Ukraine also managed 1 gold and 1 silver medals each.
In the final of the -81kg weight category under 81 kg Junior European Champion Lappinagov Aslan (RUS) defeated the Armenian Chaparyan Andranik.
Randle Milan from Slovakia took gold in the weight category U 90 kg. and Dovgan Dmitry (RUS) took silver.
In the final of the weight category -100 kg. the bronze medalist of the European Championships -23 Magomedov Shamil (RUS) won the title with an ippon. And this team-mate Khakurinov Khazret took silver.

In an all-Ukrainian final in the +100kg weight category Zveryev Sergey defeated Matchutadze Nordar.
In the women’s division under 70 kg it took 57 seconds for Gabaidze Dariko (RUS) to defeated Umiraliyeva Dilbar (KAZ) by ippon.
Rafilova Zarina (-78 kg) from Kazakhstan won all her fights in the European Cup Seniors in Orenburg with ippon including the final against Pridannikova Anna (RUS).

In an all-Russian final above 78 kg. Balashova Anna was stronger than her opponent Khakimova Elena (RUS).
The European Cup in Orenburg will be followed by a training camp from 19 till 21, May.