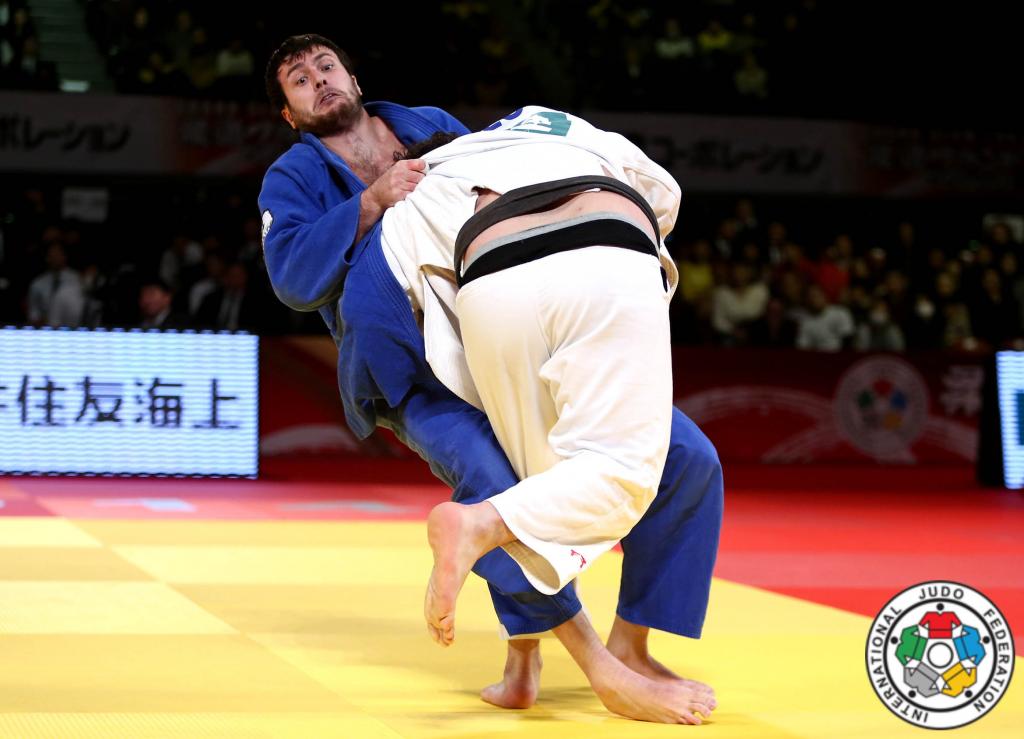 Russia’s nearly man Renat Saidov closed out day three of the Tokyo Grand Slam with a fine win in the +100kg category. Having never made it previously to a Grand Slam final the 26 year old Russian was a convincing winner among a field of 27 competitors that contained six of the top 10 fighters from the IJF world ranking list.

After a first round bye Saidov began the second round by throwing Michal Horak CZE first for waza ari with o uchi gari then quickly securing kesa gatame for waza ari awasete ippon. This set up a quarter final contest with 2010 world open weight champion Kamikawa Daiki JPN whose other claim to fame is that he is the last man to have defeated Teddy Riner. Kamikawa’s performance however must have come as a disappointment to the home fans who were given little to cheer about as the Japanese heavyweight succeeded in collecting three shidos before being given hansokumake for passivity all within three and a half minutes. Saidov’s semi final was against another Japanese hope Shichinohe Ryu from whom even more was expected than the lacklustre Kamikawa. But Saidov gave Shichinohe little chance to settle and quickly attempted tomoe nage (a technique that often fails the Russian as it did here) before applying ude hishigi juji gatame for ippon. It was yet another disappointment for the Japanese who had reasonable hopes of getting at least one of their heavyweights into the final. Saidov it was then who went on to face Levani Matiashvili GEO in the final. The Georgian was bundled over roughly with ko soto gake for yuko after three minutes then held with mune gatame for ippon to bring Saidov his first ever Grand Slam gold medal. “I was bitterly disappointed with my performance in Abu Dhabi despite my bronze medal. I was determined to be well prepared for Tokyo and everything I did today showed that”, said Saidov. Next up for the giant Russian will be the Golden League in Samara where he will compete for his club Yawara Neva.