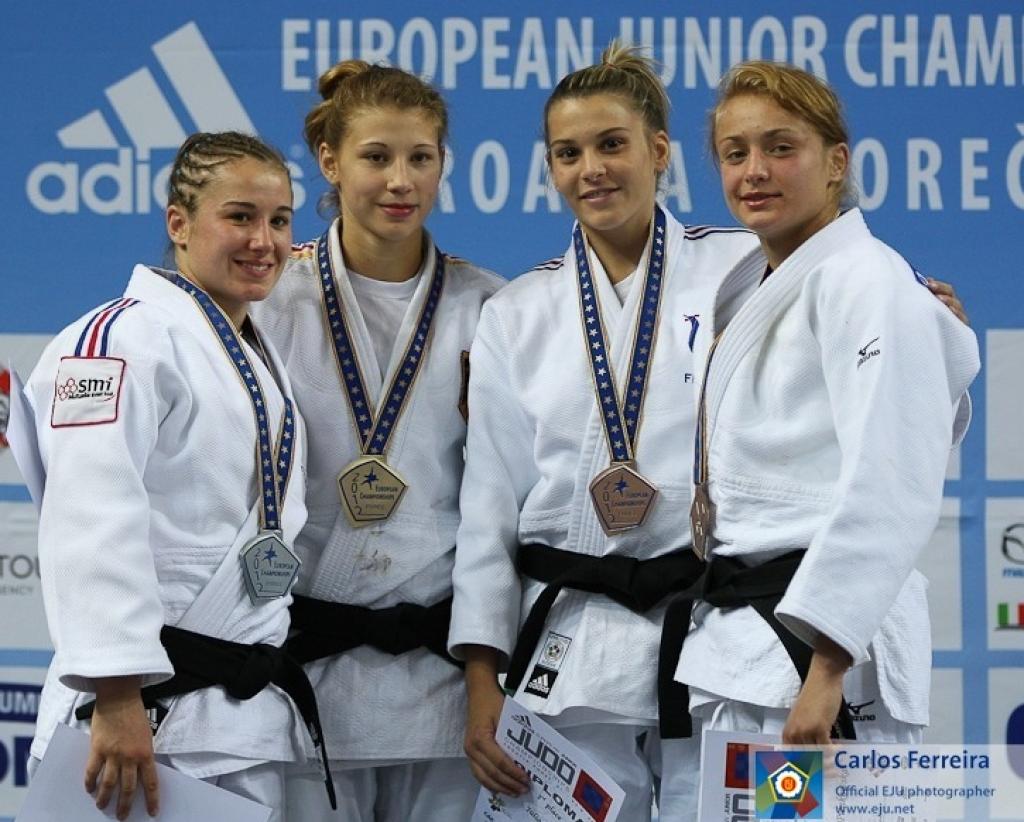 The German women dominated this season in the U52kg category at the European Cup. Both Theresa Stoll and Sappho Coban booked good results but between the two it was Coban who developed the best way this season. In the final she confirmed that she is the number one of Europe at this moment. After two minutes she scored a waza-ari against Amelie Guihur of France) who was able to beat Alexandra Florian, another outperformer of this season. Thirty seconds later she again struck with a devastating point and scored the ippon to win the gold.

It’s seven years ago that Melanie Lierka was the last german judoka to take the gold in this category. Since then Kerstin Thiele (2005), Franiska Konitz (2005) and Carolin Weiss (2011) won gold. A good outlook for a promising career.
Coban (GER) said after her match: “I came here today wanting to get a medal. I am not shocked that I took the gold but I am extremely happy that it was gold, especially as this is my first Europeans.”

Karolina Pienkowska of Poland did the almost impossible. She won the bronze medal in the final against the strong Romanian Alexandra Florian who also surprisingly lost the semi final against finalist Guihur. Pienkowska only needed 19 seconds to beat the Romanian favourite and now won bronze. Last year she lost the bronze bout. The other bronze was for French Julia Rosso who captured the second French medal in this category. Rosso defeated Shira Hayat of Israel.