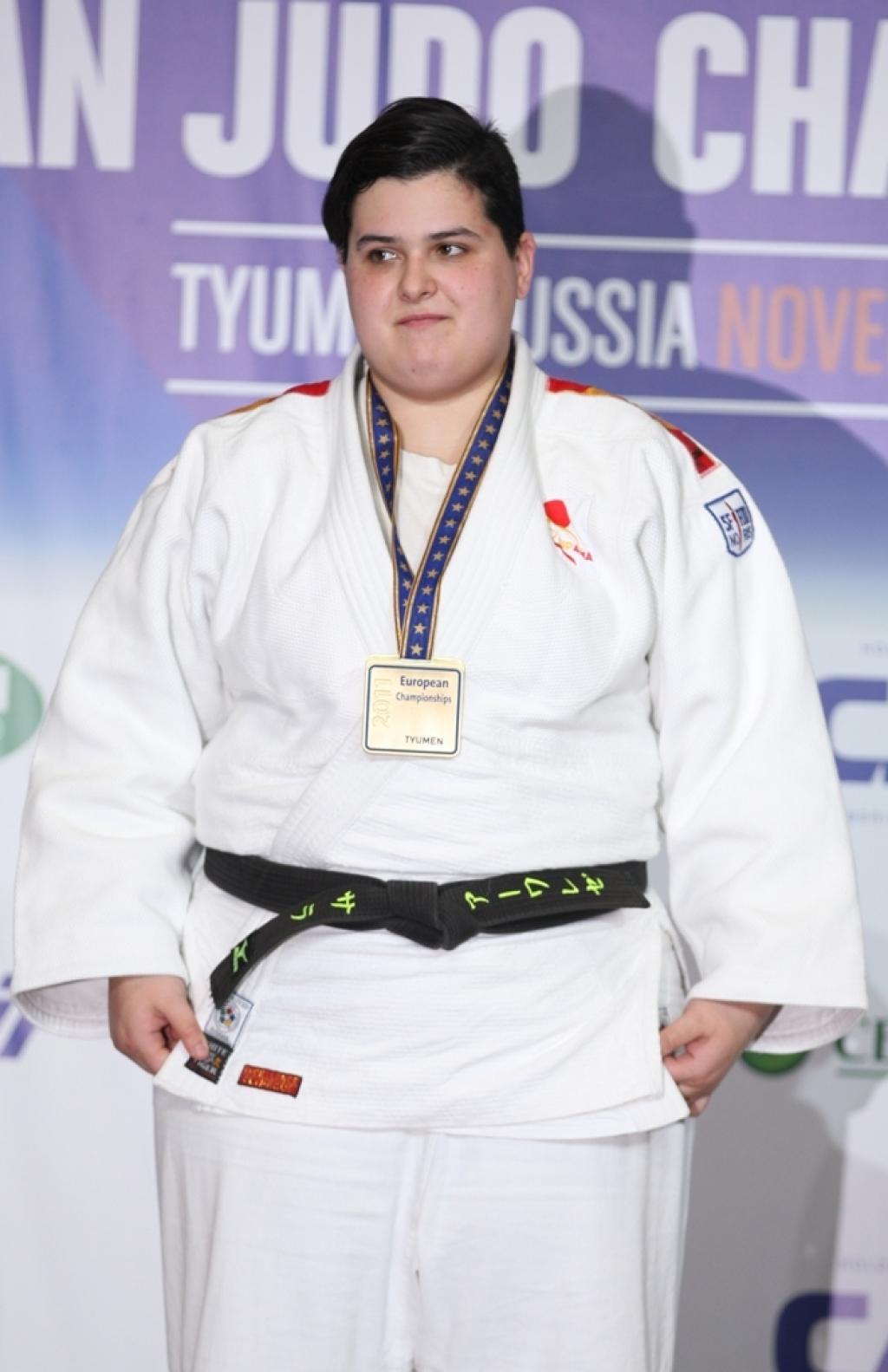 Spanish judoka Sara Alvarez Folgueira won another European title in Tyumen. In the heavyweight final +78kg she won her fight against domestic judoka Maria Gorbunova (RUS) and in her collection she added this time the European U23 title. In 2008 she won the U20 European title.
Alvarez Folgueira won the final match by scoring an yuko. The Spanish also won today against Marta Rozga (POL), Urska Urek (SLO) and her semi-final match she was better than Dutch Janine Penders.