SARAJEVO AS JUMPING BOARD FOR BIGGER OBJECTIVES 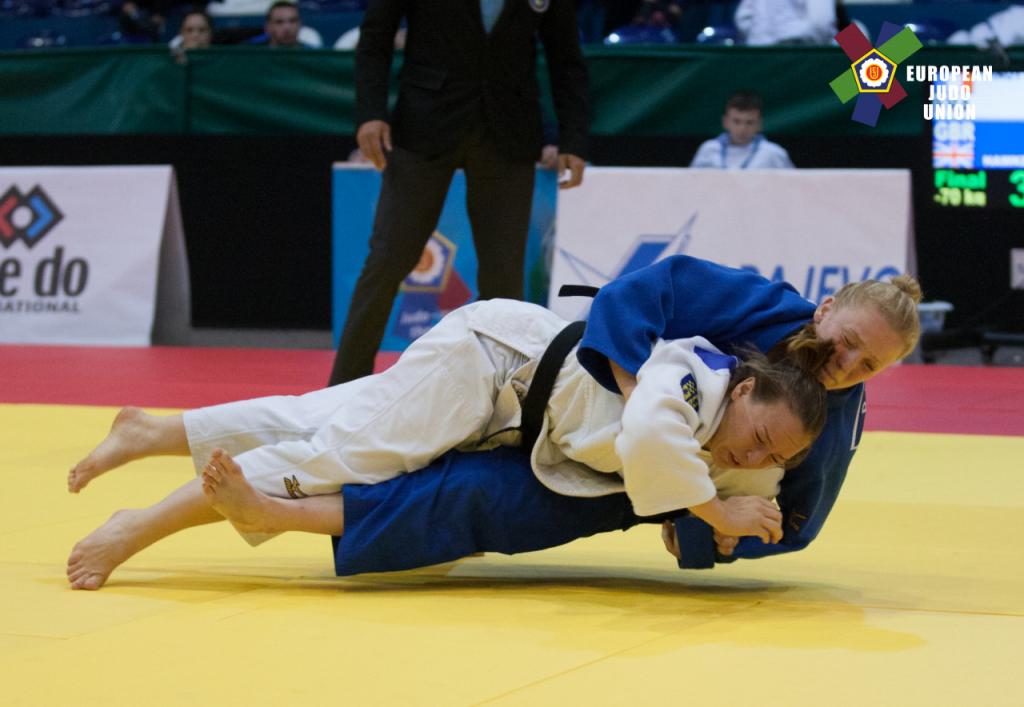 Today, the winner of the biggest category, -81kg, was Victor BUSCH (SWE). In the final, BUSCH of Sweden celebrated against TOTH Benedek (HUN) with two lower seoi nage.

“It’s perfect! My first gold medal at European Cup, I was away for a while, had meniscus problems, I was six months out. It was a great day and hopefully this will be one step on my way to higher competition judo level. I didn’t expect too much when I was coming here, I just want to get back to my old form as soon as possible.” – said gold medal winner, Busch.

2017 Silver European medalist from Warsaw, Margaux Pinot won her second gold at the European Cup this year. After competing in the -63kg for a few years, Pinot of France is progressing in the -70kg category. She firmly ended the final contest against Rachel HAWKES (GBR) who got caught up in an osae-komi within the first half a minute.

“This is my second competition since I changed category, second gold, I’m proud of myself, but still I’m waiting more serious fights, such as IJF Grand Prix in China where I will go and hopefully to do well. I had some small injures which were keeping me out for few month but I hope so to be soon back in the shape.” – Margaux Pinot said.

What is the difference between -63kg and -70kg?

“I think that in U70kg is more strength but less repetition, and -63kg is much more technically complicated. I used to fight already in -70kg, but two years ago I succeed to go in U63kg but now my body decided to go back in -70kg so from now on you will be able to see me only in that category.” – Pinot added.

France is leading the medal table after the first day of the event. Tomorrow, the remaining weight categories will be on show with the competition starting 10.00am local time.