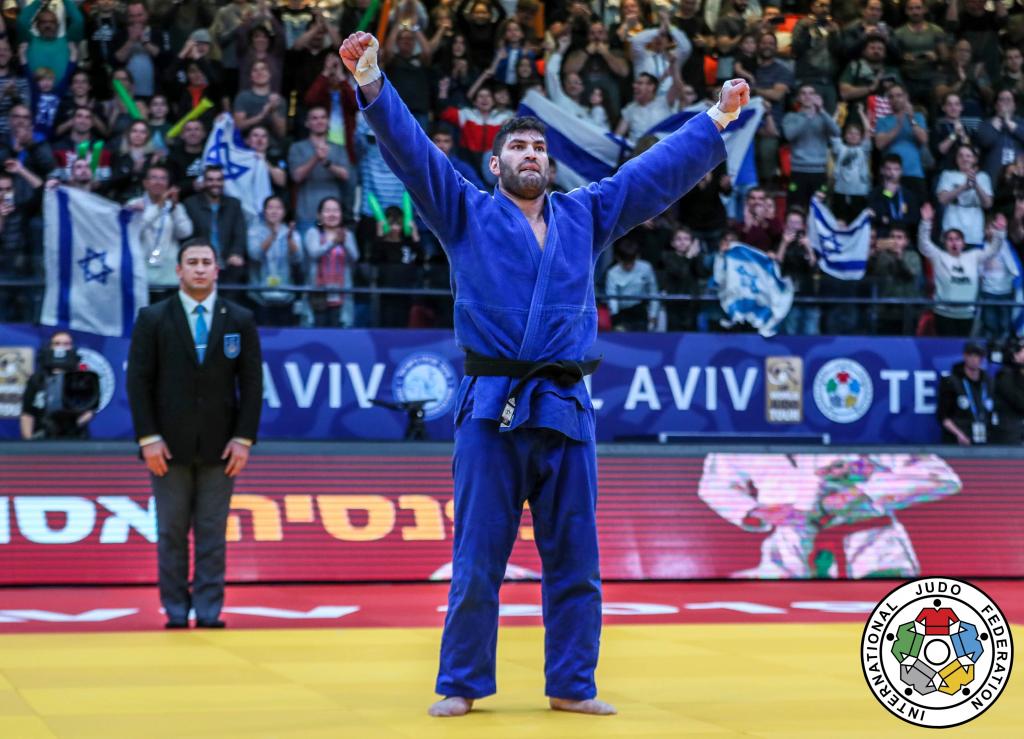 The final day of the first ever Tel Aviv Grand Prix ended in a fashion usually associated with a big screen blockbuster. As is the case with cinema, tension, drama and possible heartbreak were all banished when the home favourite delivered the big crowd pleasing ending. Playing the part of hero on the third and final day of competition was 2016 Olympic bronze medallist Or SASSON whose gold medal winning performance in the +100kg category brought the house and the proverbial curtain down. It would be wrong to cast his opponent, Yakiv KHAMMO (UKR) as the villain, for he gave his best and in a spirited performance simply ran out of steam.

When asked about his incredible day Sasson said, “It was a really tough start against Ruslan SHAKHBAZOV (RUS) and employed the correct tactics as soon as I realised that there was unlikely to be a score. By the time I got to the final the crowd had become so loud. But I did not see this as pressure and took their support as something positive to motivate me. It was a tremendous experience to compete and win in Tel Aviv. I hope to be able to be in as good form in Paris.” The bronze medals were won by Anton KRIVOBOKOV (RUS) and Aliaksandr VAKHAVIAK (BLR). 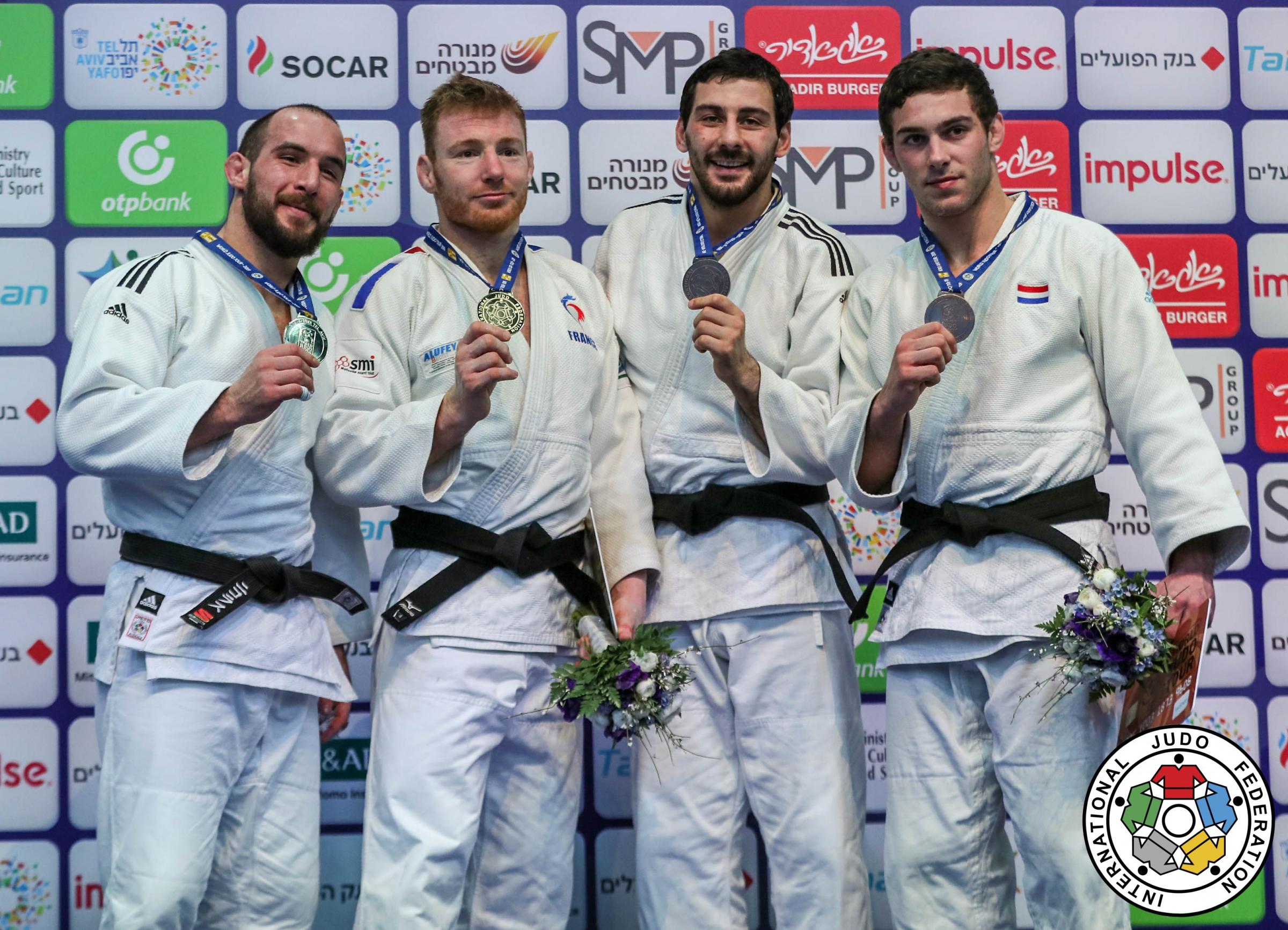 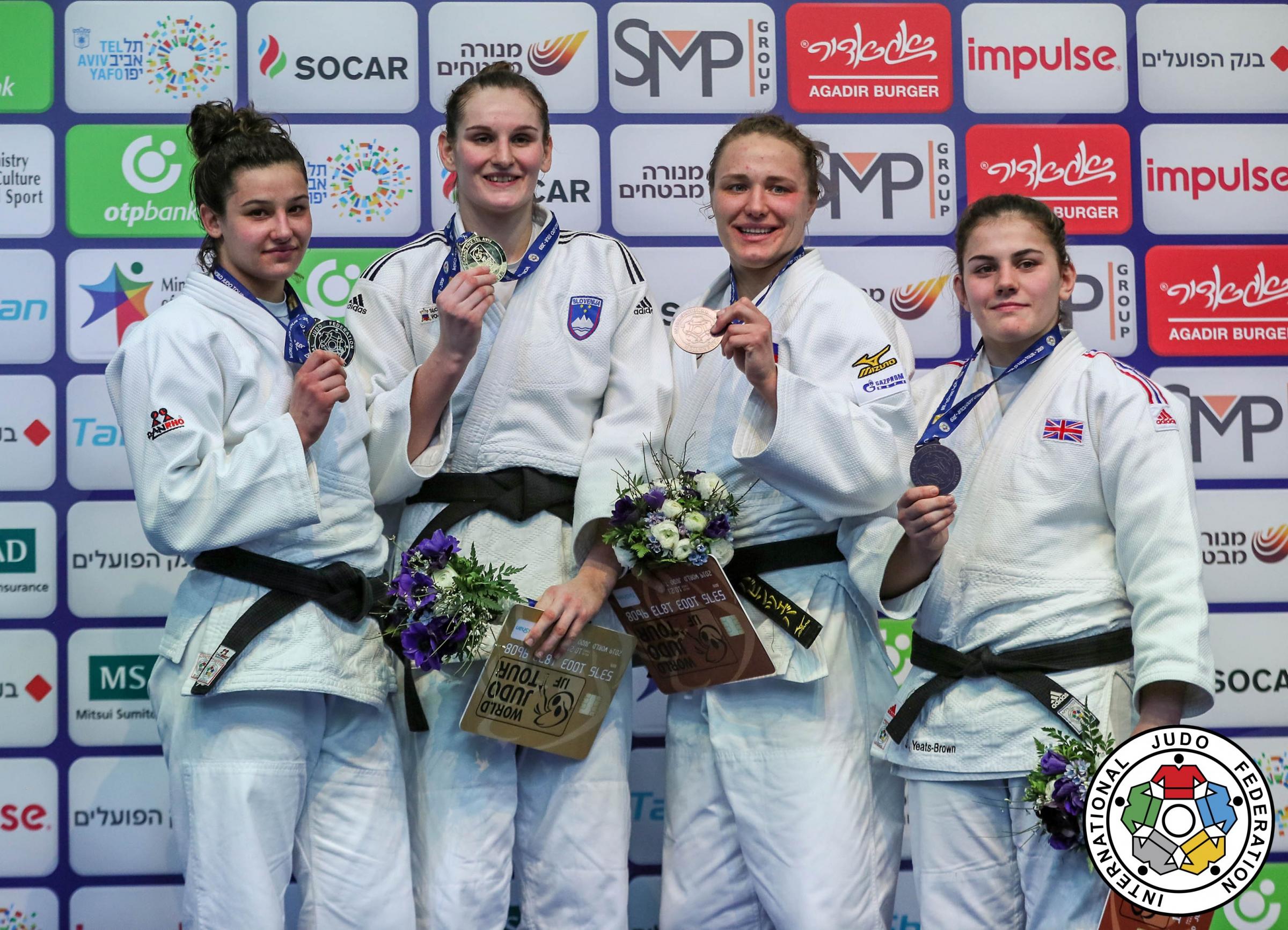 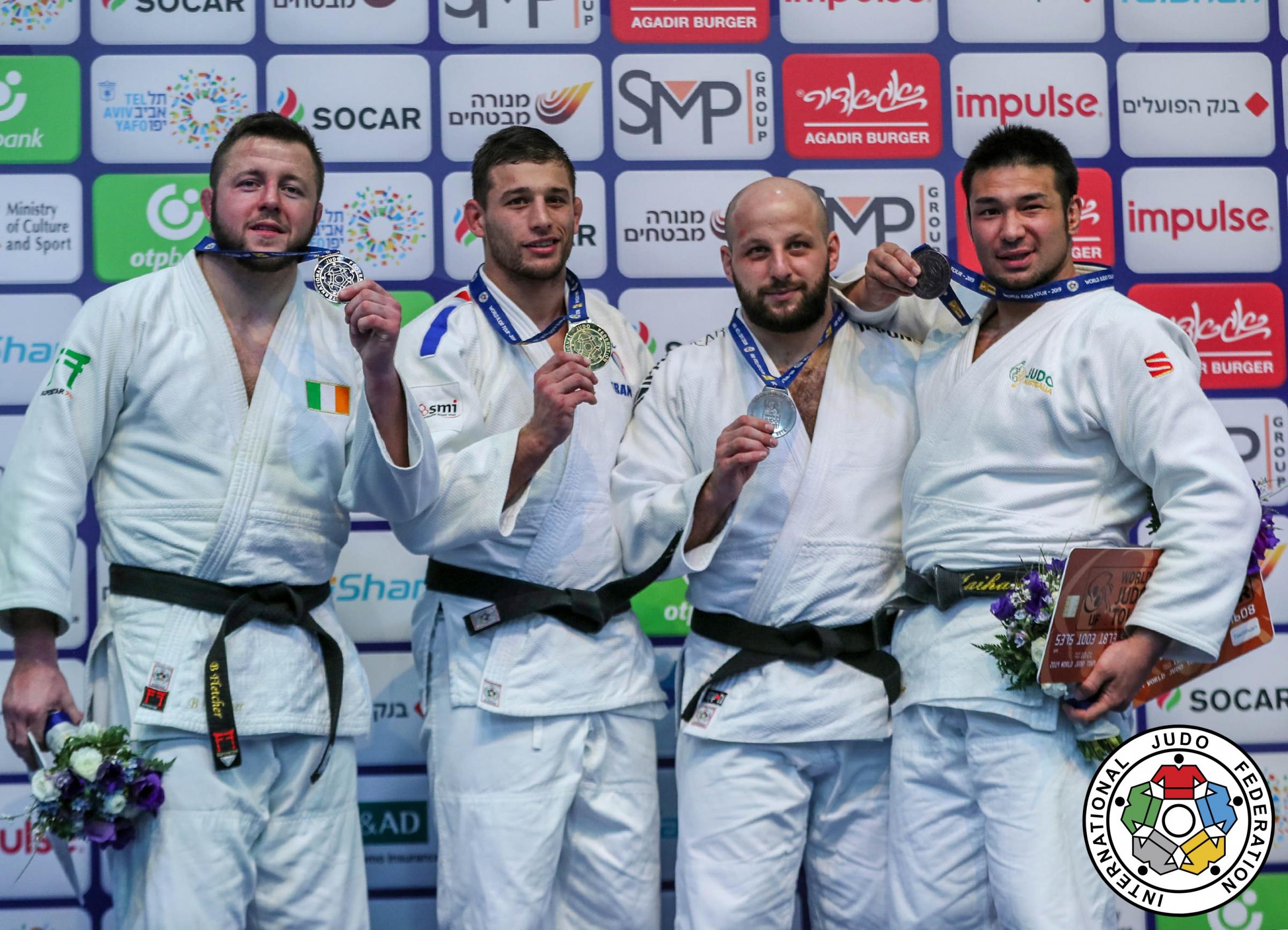 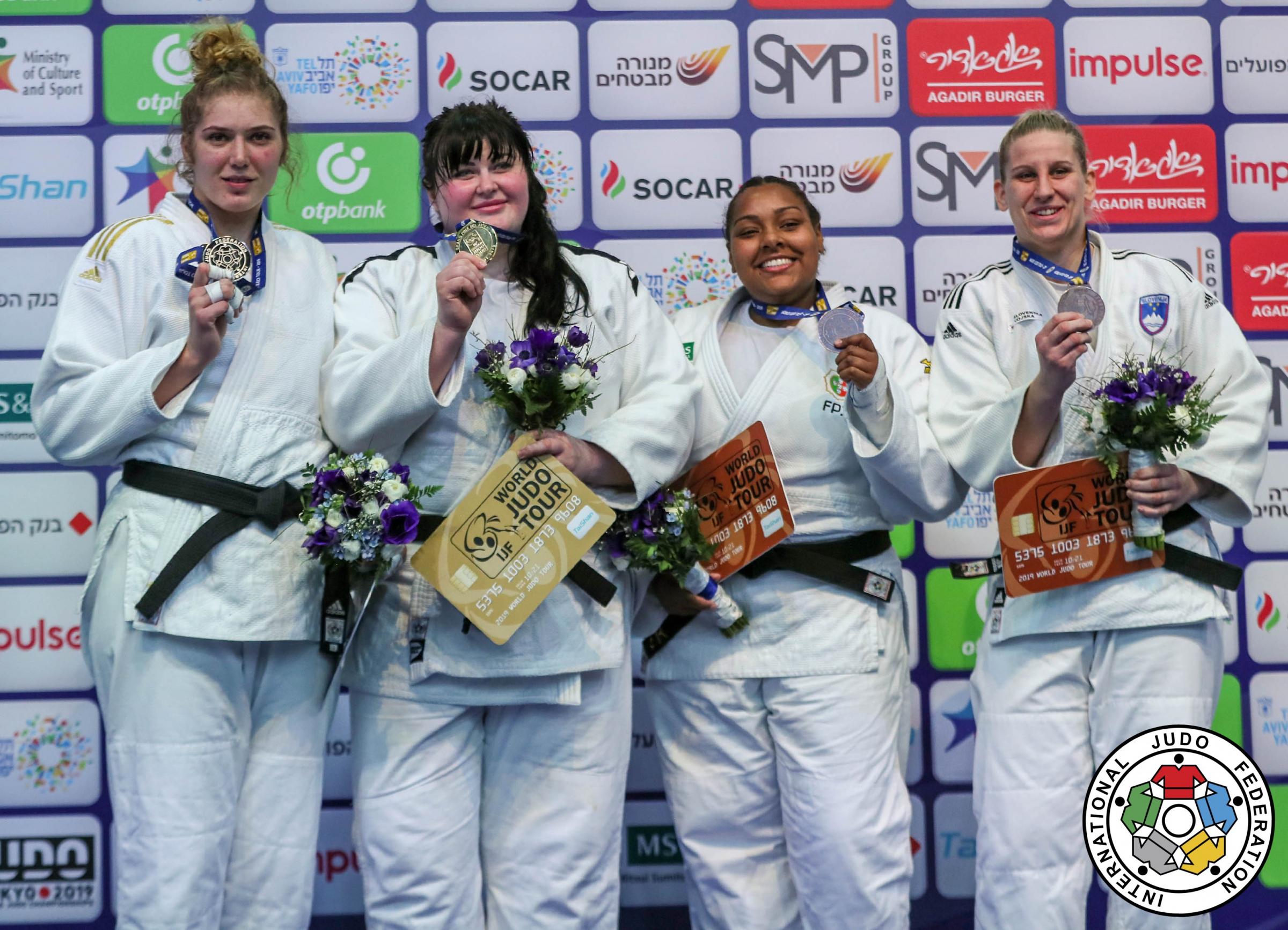 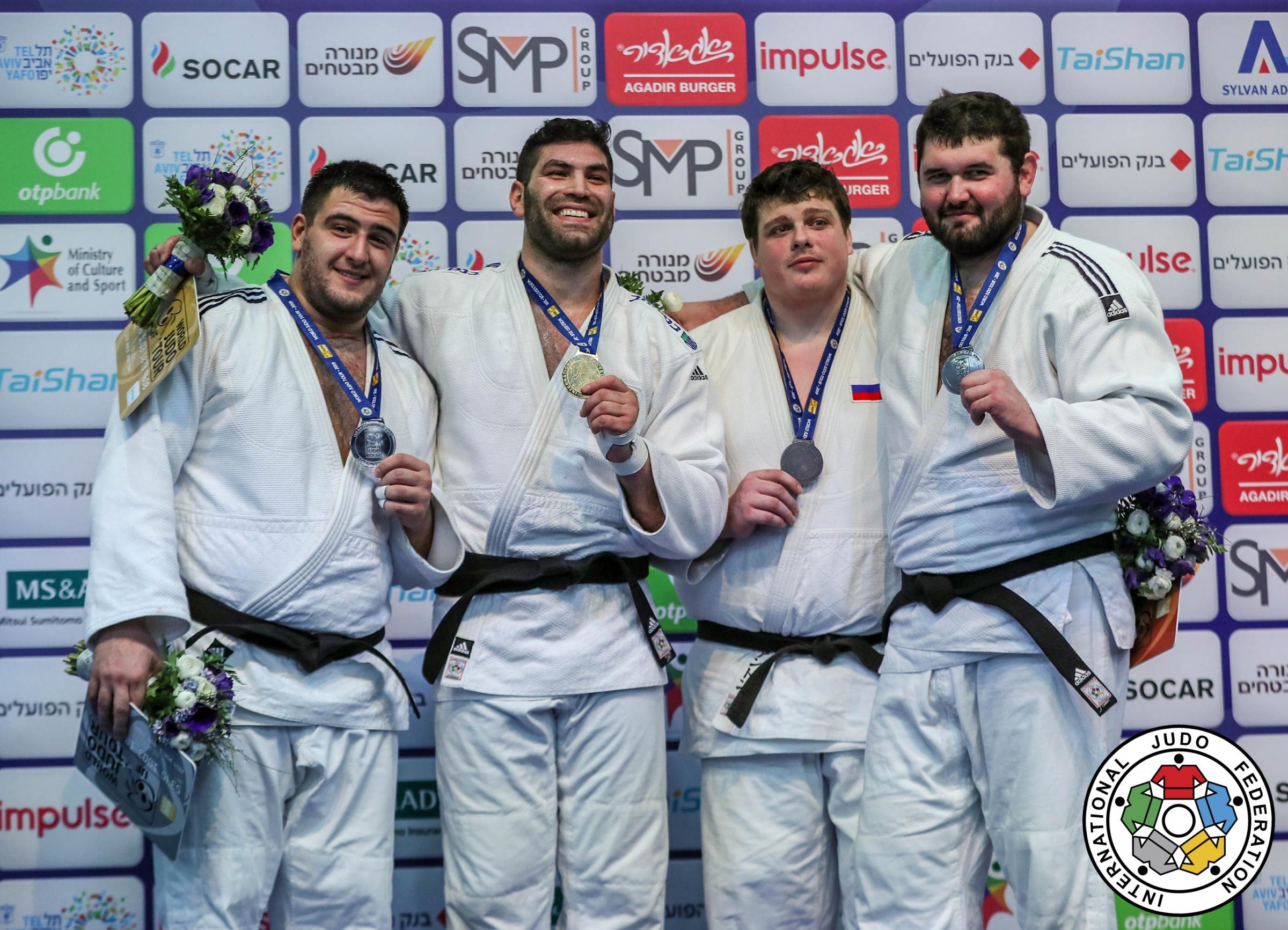 In the -90kg category the gold medal was won by Axel CLERGET (FRA) when in the final he defeated Nicholas MUNGAI (ITA). The bronze medals were won by Mammadali MEHDIYEV (AZE) and Jesper SMINK (NED).

In the -100kg category the gold medal was won by Alexander IDDIR (FRA) when in the final he defeated Benjamin FLETCHER (IRE). The bronze medals were won by Grigori MINASKIN (EST) and Kayhan OZCICEK-TAKAGI (AUS).

In the -78kg category the gold medal was won by Klara APOTEKER (SLO) when in the final she defeated Loriana KUKA (KOS). The bronze medals were won by Aleksandra BABINTSEVA (RUS) and Katie-Jemima YEATS-BROWN (GBR).

In the +78kg category the gold medal was won by Iryna KINDSERSKA (AZE) when on the final she defeated Yelyzavetta KALANINA (UKR). The bronze medals were won by Rochelle NUNES (POR) and Ana Mari VELENSEK (SLO).