SCHLESINGER REMAINS A FORCE TO BE RECKONED WITH 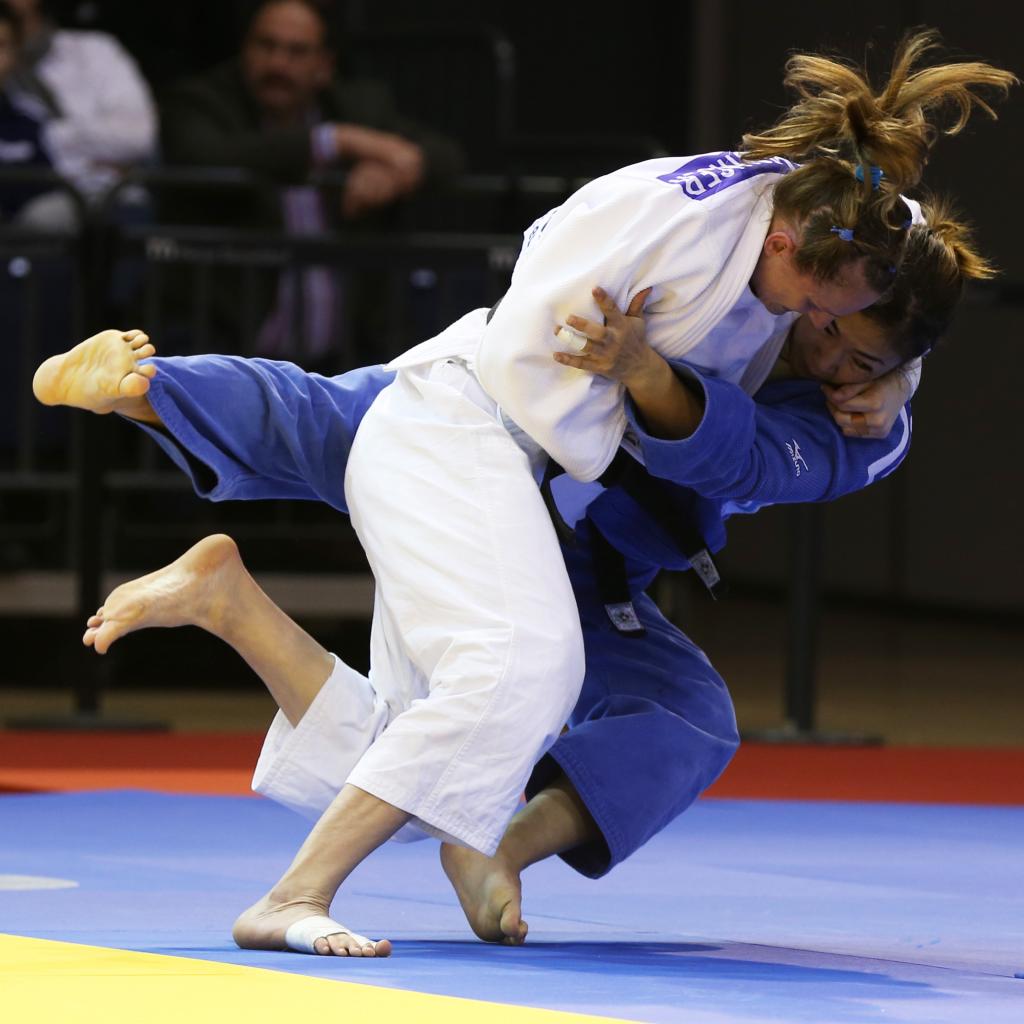 After a lay-off of almost two years Alice Schlesinger followed up her silver medal from the European Open in Sofia two weeks ago with a gold medal in the -63kg category. The newly naturalised British fighter began her day with a first round bye. Taking to the mat in round two Schlesinger faced African champion Imene Agouar ALG. Two scores (waza ari followed by ippon) were sufficient to take the British fighter into the third round to face world bronze medallist Tina Trstenjak SLO. In a close contest Schlesinger brought Trstenjak’s 15 contest winning streak to an end and, in the process, put out the number one seed. Next up was a quarter final with Nadja Bazynski GER who in a spirited performance took Schlesinger the distance, the young German losing eventually by a single yuko. The semi final saw Schlesinger face another German, this time number 4 seed Martyna Trajdos. The German began strongly but was caught off balance by Schlesinger and thrown for waza ari. Despite chasing the contest Trajdos was unable to close the gap and seconds before time expired was arm-locked by Schlesinger. In the final Schlesinger came up against Tsedevsuren Munkhzaya MGL to whom she had lost on two previous occasions. But this time it was Schlesinger who was able to throw the Mongolian for ippon and take the title. “I was out of judo for two years, so this is my first grand prix for two years. For this reason it was very important for me just to get into the final. I was really happy just to prove myself that I can still do it!” When asked about the feeling of hearing a different anthem on the podium, Schlesinger said “I hope to get used to it not least of all because I hope to be on the podium many more times. I am really happy that there is another country that is part of me and has given me the opportunity to continue with judo. My aim was to get back on the judo mat. I have no idea what points I have, where I am, or how many points I got today. Things have changed so I take it just step by step and see how far I can go”, said Schlesinger.