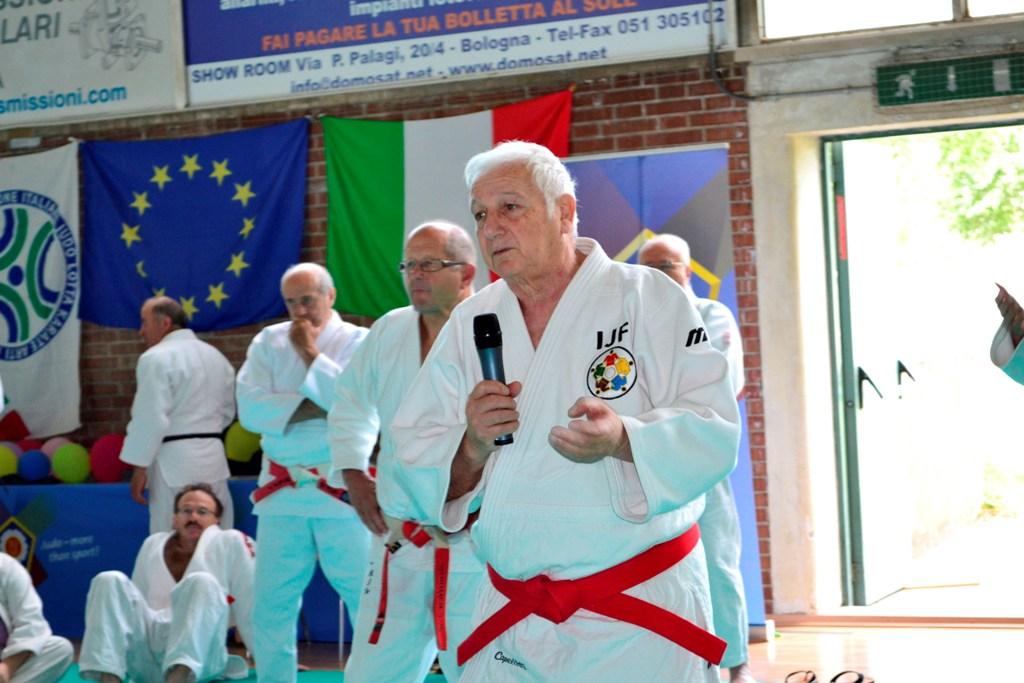 In Casalecchio di Reno the second EJU Seminar “Judo for children and teen-agers” has completed the program by registering more than three hundred participants. The sessions, directed by the President of the EJU Didactic Commission Franco Capelletti, were stimulated by the interventions of the Spanish Vicente Carratalà Deval (who had taken the place of Nuno Delgado) and French Jean Paul Ramillion, both Didactic EJU Consultants.

Commitment and involvement were key elements on the mat and Franco Capelletti made no secret of his satisfaction: “first of all for a participation so large despite the difficult situation they are living in those areas affected by the earthquake.
Just the judo teachers from Emilia Romagna were present in large numbers – said Capelletti – but I was impressed by the fact that, through the regional representatives, almost all of Italy had been put on the mat in Casalecchio”. “The minimum target that the European Judo Union has set itself for these seminars “for children and teenagers” – Capelletti added – is 200 participants, goal that here in Casalecchio has been largely superseded. But I must say that when Italy organizes the participation always exceeds expectations. With six seminars a year like this, the EJU intends to support the activities of all nations”

Watch all photos of the seminar here: