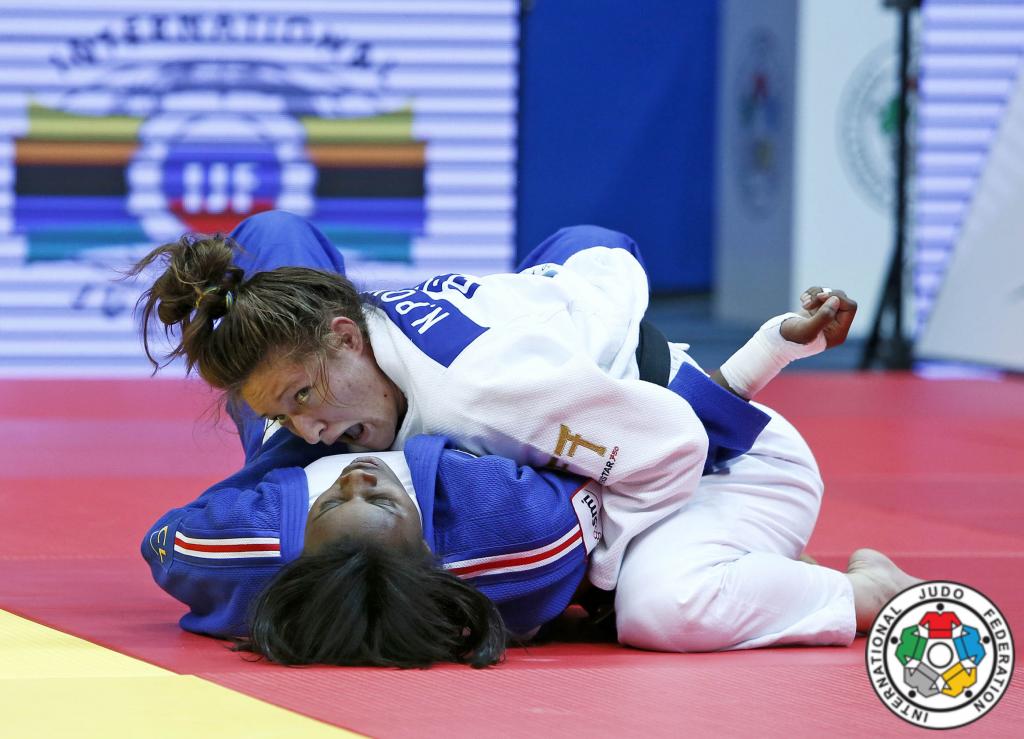 Since finishing second at the IJF Masters in Rabat in May, the past four months and four tournaments had failed to yield a single podium finish for Natalie POWELL (GBR). Today, however, Powell could celebrate in style as she won gold in the -78kg category on the third and final day of competition at the Tashkent Grand Prix in Uzbekistan. The 24 year-old Briton mirrored yesterday’s performance by Edwige GWEND (ITA) in winning her second IJF Grand Prix of her career.

After a first round bye Powell began her campaign against Russia’s Vera MOSKALYUK. Having been thrown with uchi mata for yuko by Moskalyuk, Powell responded by throwing Moskalyuk with tani otoshi for yuko then holding her opponent with kuzure yokoshiogatame for ippon. In the quarter final Powell faced Marta TORT MERINO (ESP). The very first exchange almost saw Powell armlocked, the British fighter managing to hold off the Spaniard’s efforts. With a little over a minute gone, Powell scored yuko with left harai goshi that proved to be the winning score.

In the semi-final Powell faced Asunta GALEONE (ITA). The pair have faced each other six times in the last two years with Powell winning al six including, most recently, their second round contest at the world championships in Astana a month ago. Two yukos scored by Powell saw her extend her winning streak against Galeone whilst at the same time booking her place in the final against Madeleine MALONGA (FRA).

The final was a success for Powell, despite having fallen behind early when she was thrown with a ko uchi, o uchi gari combination for wazari. Malonga was not at her physical best and Powell stepped up a gear to throw her French opponent with uchi mata for waza ari before applying kuzure yokoshiogatame to take the contest and the gold medal. “I’m grateful to Welsh Judo for funding trip here to Tashkent,” said Powell. When asked about the importance of the is grand prix win Powell said, “I felt as though I had to be here as my principal rival in my category [Gemma GIBBONS] was here and things worked out well for me.”