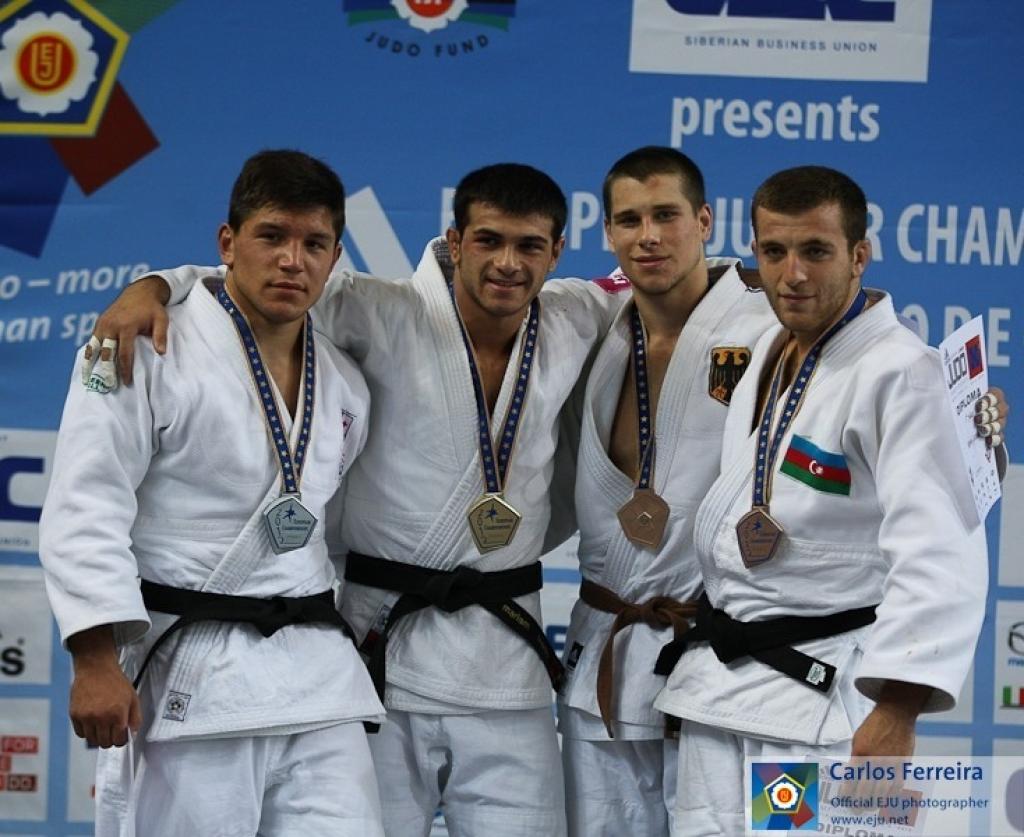 The differences are small in the men’s category U81kg although the Greek Alexios Ntanatsidis was a little more clever in the final. He benefit from the moves of his opponent and after three minutes in the match he already had a lead of a koka and received an ippon for the takeover of his opponent. A second win for Greece, a tremendous success after Friday’s first gold medal for the strong Azoidis.

The fourth Greek Junior Champion ever after Tariel Zintiridis in 2004 and Azoidis in 2010 and 2012. Now Ntanatsidis possibly follows the footsteps of their great example Ilias Iliadis. The two Greek winners are so far the oldest medalists of this championship in Porec, both 19.

The small differences were also clear in the bronze medal fights. Both matches were tight but German Robin Gutsche finally ticked a waza-ari on the scoreboard in the last minute. He didn’t gave away his lead and won the bronze. The second was bronze was reserved for the strong Abdulhagg Resullu (AZE) in a close fight against Ivaylo Ivanov from Bulgaria. In the golden score it was the judoka from Azerbaijan who scored the decisive point. A great fighting spirit of both judoka who both deserved a bronze medal, but Ivanov had two warnings which could be the difference. He needed to be helped by the assistent judges but bronze was for Azerbaijan, we allow Bulgaria’s Ivanov to look back at a great tournament.

Gold however goes to Greece.