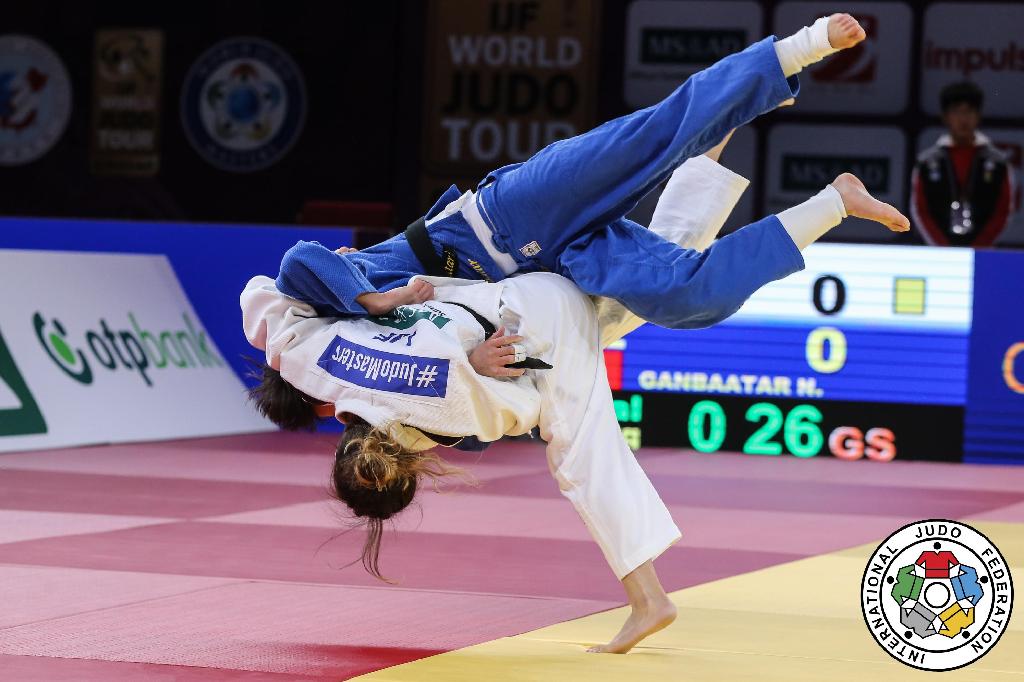 Distria KRASNIQI (KOS) continued her march toward becoming world number one by taking the gold medal in the -48kg category on the opening day of the World Masters being staged in Qingdao China. In solid and patient performance, Krasniqi demonstrated the kind of maturity that suggests she will be among the favourites come Tokyo 2020.

In the absence of world number one Daria Bilodid (UKR) and number two TONAKI Funa (JPN), Krasniqi, the defending champion, began the day as number one seed and was probably grateful for the first-round bye this afforded. Her second-round opponent was Katharina MENZ (GER)who appears to be getting the timing right for her pish for qualification. But Krasniqi had her own plan and a single score of waza ari saw the Kosovan take her place in the quarter final. The draw can throw up some odd situations and Krasniqi next faced the first of three Mongolians, the first in the shape of Otgontsetseg GALBADRAKH (KAZ) who now represents Kazakhstan. This was the third meeting between the pair and after conceding a single waza ari Galbadrakh suffered a third loss that put Krasniqi into the semi-final. Waiting for her was the former world champion MUNKHBAT Urantsetseg (MGL) to whom Krasniqi had lost in the final of the 2018 Abu Dhabi Grand Slam. The patience and tactical application of Krasniqi came to the fore and another single score waza ari win put Krasniqi into the final. Here Krasniqi came up against unseeded and unfancied GANBAATAR Narantsetseg who took the Kosovan into golden score. But after half a minute Ganbaatar found herself too close to Krasniqi’s hip and was launched for a huge tsuri goshi for ippon.

When asked about retaining her masters title Krasniqi said,

“It really was not in my mind and I was much more focused on each contest, round by round, rather than any thoughts of a second masters gold. I am particularly pleased with the performance today because I had a difficult time in travelling to the event and had not slept well for the last couple of nights. But it is certainly good to know that I can perform like this when I am not at my absolute best.”