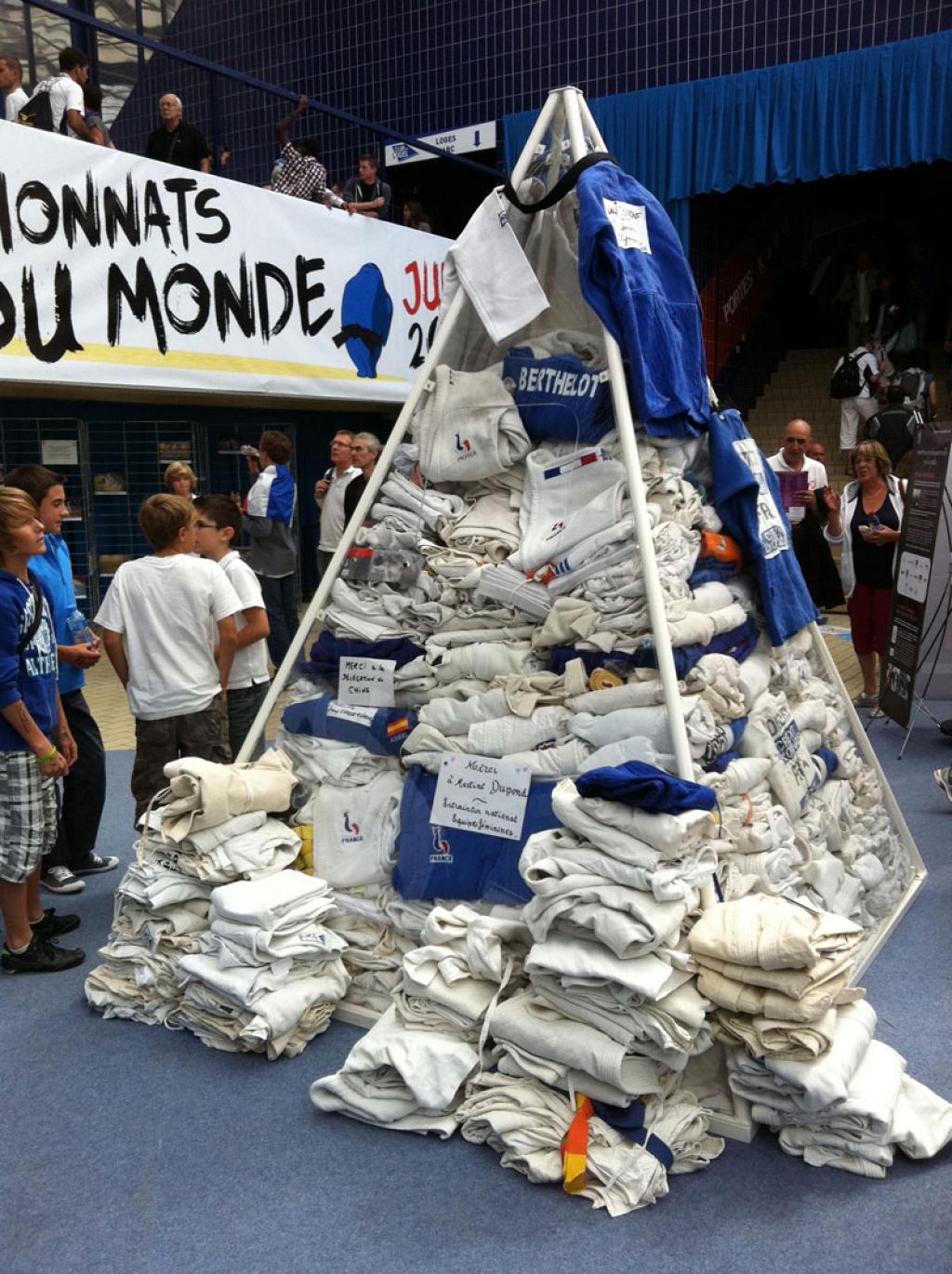 On the occasion of the Judo Grand Slam, Paris 2012, the International Judo Federation and the French Judo Federation are organising the second Pyramid of Judogi. Following the great success of the first edition of the Pyramid of Judogi that was held during the last World Judo Championships, Paris 2011, where 800 judo outfits offered by 14 countries were collected and 30 great champions made a donation, it has been decided to renew this action in order to extend even further the solidarity program that was initiated last August.
Therefore, if you have spare judogi that you want to donate for the Judo for Peace and social activities programs of the IJF and the FFJ, bring them to the competition venue (Bercy Stadium) and help to build our pyramid.