SEEDING ONLY STANDS FOR YOUNG WOMEN ON DAY ONE IN POREC 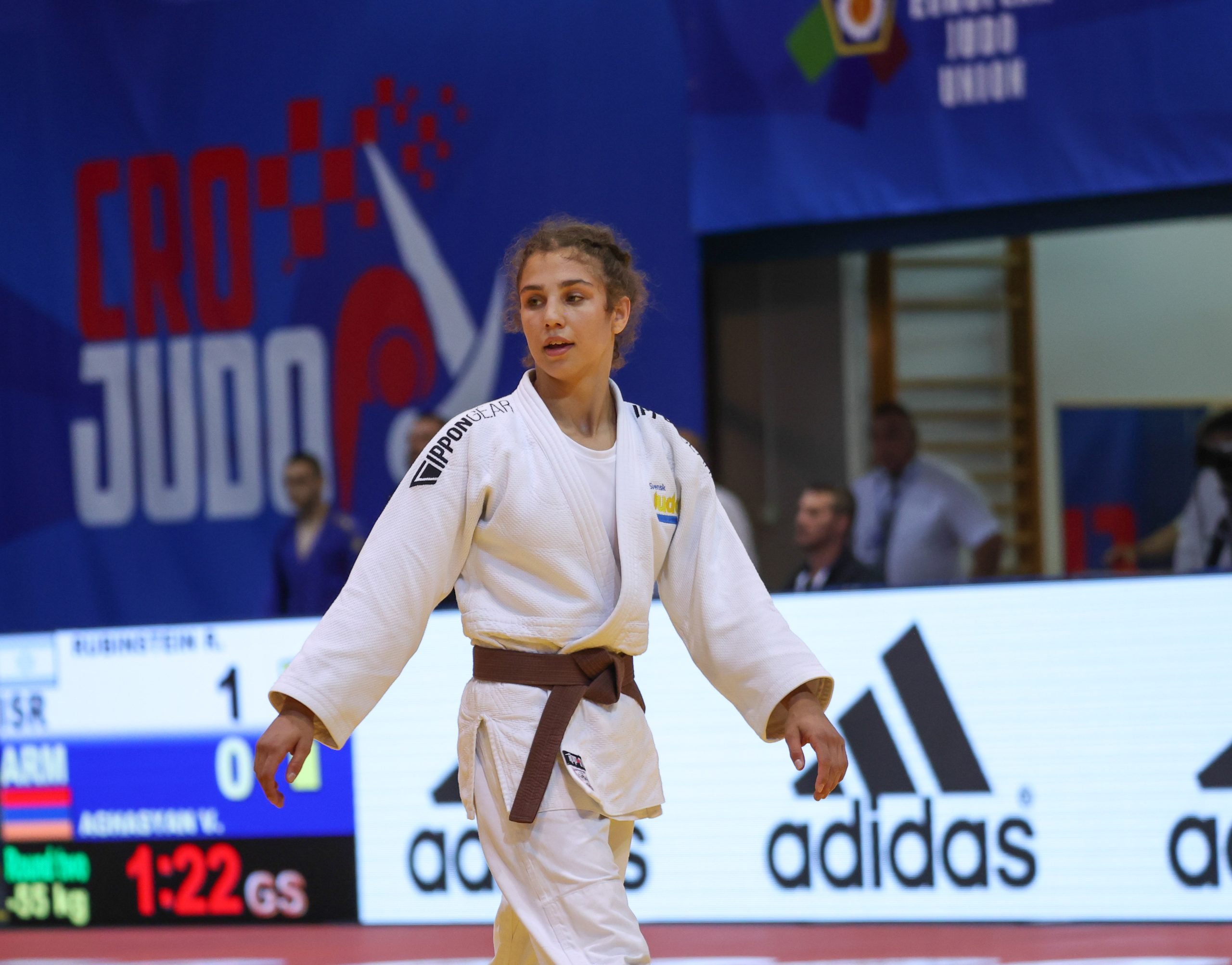 The atmosphere in the Intersport Hall in Poreč was nothing short of incredible for the first day of the Cadet European Judo Championships 2022. Not only did the tribunes contain hundred of supporting athletes, but also families of those competing and spectators from the host nation. We boast that the European Judo Union is the strongest of the continental unions, and with ten of the world ranked number ones, the high standard has been set.

Returning cadet European medallists from 2021 had their sights set on the podium and even to better their previous results. Today this included silver medallist, Tara BABULFATH (SWE) and bronze medallist, KOLLAR Sebastyan (HUN).

Babulfath was strong throughout the preliminaries, her determination evident, then in the semi final secured her place in the final by defeating Alyssia POULANGE (FRA) in golden score. This is now her second chance to take gold but in her new weight category of -48kg.

As it happens she will be facing the reigning champion, Aydan VALIYEVA (AZE). Since taking the silver medal in the 2021 junior European championships, she has tried her hand at both the U23 level as well as the Prague European Open in 2022, but she will be glad to find herself back on the podium and potentially taking a second title.

The seeding has depicted the finals accurately enough for the young women as all number one and two seeds will be meeting to battle it out for the gold medal, however the same cannot be said for the young men.

Kollar faced Yahn MOTOLY BONGAMBE (FRA) in the -50kg semi final and endured over seven minutes of golden score before it was decided on shidos, the pair were so evenly matched, but the win went to the French number four seed. The following contest saw the number two, Kais GUETTARI, also of France, win his contest to create an all-French final.

In the -55kg category, there number four and seven; Shahin ORUJADZE (AZE) and Matija JEREMIC (SRB) conquer their respective halves of the weight and will decide the champion later on today. Unfortunately for -60kg number two, Dayyan BOULEMTAFES (FRA), he was unable to compete today and so left it up to team mate Kelvin RAY to bring back glory but was deprived of a place in the final by MAJOR Adam (HUN). It was an impressive performance from Major as he acquired two shidos early in the contest but managed himself two minutes in to golden score before scoring with ko uchi gari.

In the other half of the draw, Strasbourg and Fuengirola Cup gold medallist, Nizami IMRANOV (AZE) wasted no time in his semi final, winning in only five seconds! This gives Azerbaijan three chances for a gold medal in todays finals.

The final block will commence at 16:00 local time and can be found at both www.eju.net and live.ijf.org.