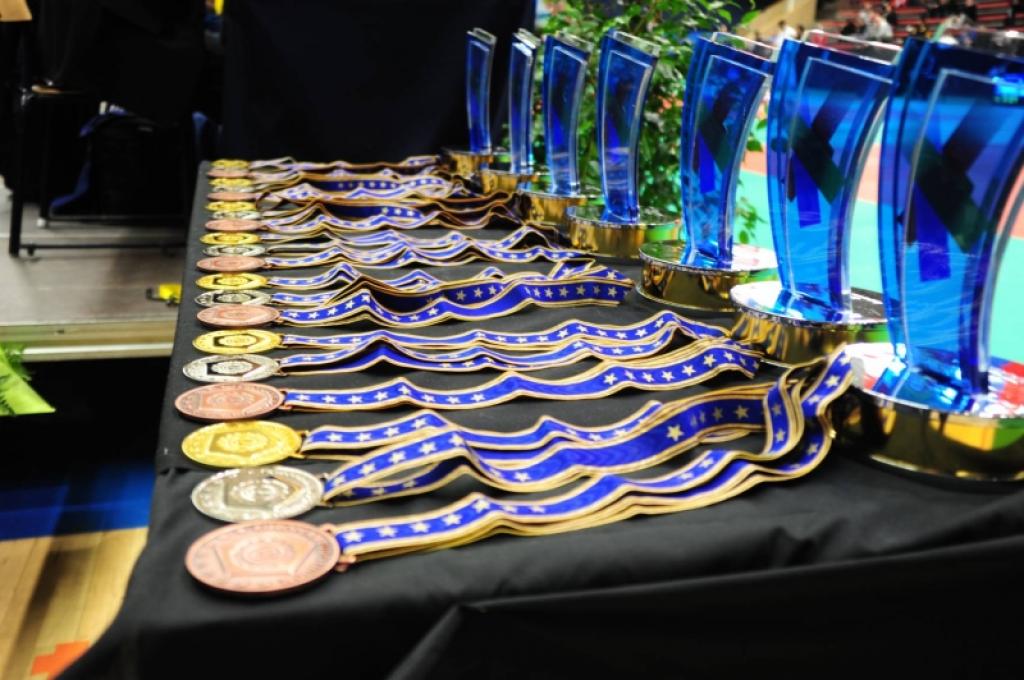 The Senior European Cup ended with the last event in Marbella. The eight Cups were mixed in the calendar from April until November, from Sarajevo to Marbella. Read our review of the European Cup season.

The Belgians did really well U48kg. Amelie Rosseneu and Charline Van Snick both lead the European Cup ranking for Seniors where only the best four results over 2009 and 2010 count. Rosseneu won three European Cups, only British Gemma Howell (U57/U63) and Ashley McKenzie (U60kg) performed the same way with three victories this year.

U52kg the eight events were won by eight different judoka. Majlinda Kelmendi started the range in Sarajevo. She competed for Albania, in IJF events she competes under the flag of the IJF as Kosovo is not recognized by the IOC.
U57kg Dutch Dani Libosan is leading the ranking which includes the 2009 events, but Gemma Howell (GBR) tops the performances of 2010. Andreea Chitu (ROU) came closer with her win in Boras.
The European Cup in Hamburg was one of the major preparation events for the World Championships. That’s why Urska Zolnir (SLO) and Claudia Malzahn (GER) lead this ranking. Both formed the final in Hamburg, Malzahn won, but Zolnir leads due to her win in Celje (SLO).

Two Brits lead U70kg ranking as both Megan Fletcher and Gemma Gibbons both won an event. Sam Lowe took lead in the U78kg division based on the 2009 results, but Stephanie Possamai (FRA) won the last event in Boras.
Sarah Adlington (GBR) is strongly leading the plus class. With her two wins in London and Orenburg she took won enough points for a stable position.

Her compatriot Ashley McKenzie won in London, Hamburg and Boras. He is unrivaled U60kg. Ervand Mgdsyan is fourth in the rank but won as well two events.

U66kg eight different winners this year. And U73kg even eight different winners from eight different countries.
Due to the wins in Istanbul and Hamburg two Swiss judoka won the U81kg European Cups. Jonathan Jaquet and Micha Egger are aiming for the top 10 in the category where Sergei Aschwanden was their great example winning two medals at the World Championships in 2001 and 2003. In 2008 he ended his career with bronze in Beijing U90kg.
He’s of the same generation as British Winston Gordon (now 34) who leads the U90kg category. This year he won in Celje. Two Dutch won this category, Remco van den Brink in Istanbul and the impressive victory in Hamburg of Robby van Laarhoven, who was injured a long time.
His compatriot Danny Meeuwsen tops the tally U100kg with Sweden’s Martin Pacek. Meeuwsen won two European Cup this year.
Although another Dutch, Luuk Verbij leads the ranking +100kg based on his back to back win in Celje, good old Alexandr Mikhailin is moving forward. He won in Boras and one week later in Vantaa, in 2009 European Cup, not 2010. Vantaa is now replaced by Marbella in Spain.

The European ranking list counted for the seeding of the U23 European Championships.