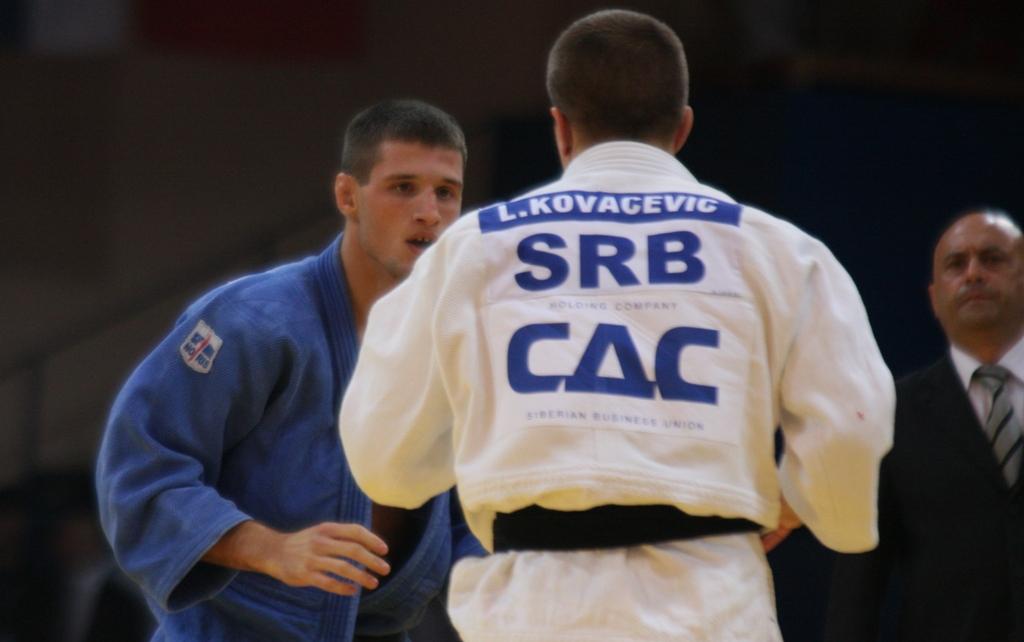 Serbia’s Kovacevic was really dominant during the competition. All fights on Saturday except the first round, he won BY ippon. Romanian Merge was the only competitor who could deal with the techniques of golden Kovacevic. Kovacevic won the final fight with a nice seoi–ko-uchi-gake against Slovakian Zagorov.

The second gold medallist from Serbia Rankovic, had quite an easy way to win a gold medal in a category with just six competitors. She took the gold medal against Russian Kristina Rumyantseva by scoring three yuko.

Serbia however could have taken a third gold medal, but Jovana Rogic lost the final U57kg against Ivelina Ilieva of Bulgaria. Ilieva showed some impressive skills against Rogic and won the fight by scoring ippon with ashi-guruma.

One of the biggest surprises of Saturday’s competition was Nikola Gusic from Montenegro who took the gold medal U66kg. Gusic didn’t have luck at all with Friday’s draw. Gusic defeated Bence Zambori who was former silver European U20 medallist. Gusic defeated Lazea and Hungarians Zambori and Juracsek.

The women’s category U48kg was won by Russian Ekaterina Tikhonova. She fought with Vrsic (SLO) in the final and won by scoring a yuko. Serbia won bronze and couldn’t lose as both fighters were Red Star colleagues Nikolic and Savanovic. Savanovic was little bit more experienced and that was enough to collect the bronze medal.

Trbovc Matjaz from Slovenia was the best today in the category U60kg. In a tight final fight with Yanislav Gerchev (BUL) Matjaz was better by scoring a wazari, while Gerchev scored two yuko and he had to be satisfied with a silver medal.

Italian Valentina Giorgis won the U63kg division. She won all her fights by ippon. In the final against Russian Pchelintseva she won the fight with a rolling hand technique under the Russian judoka and finished by ippon.

You can find more photos in our media gallery: