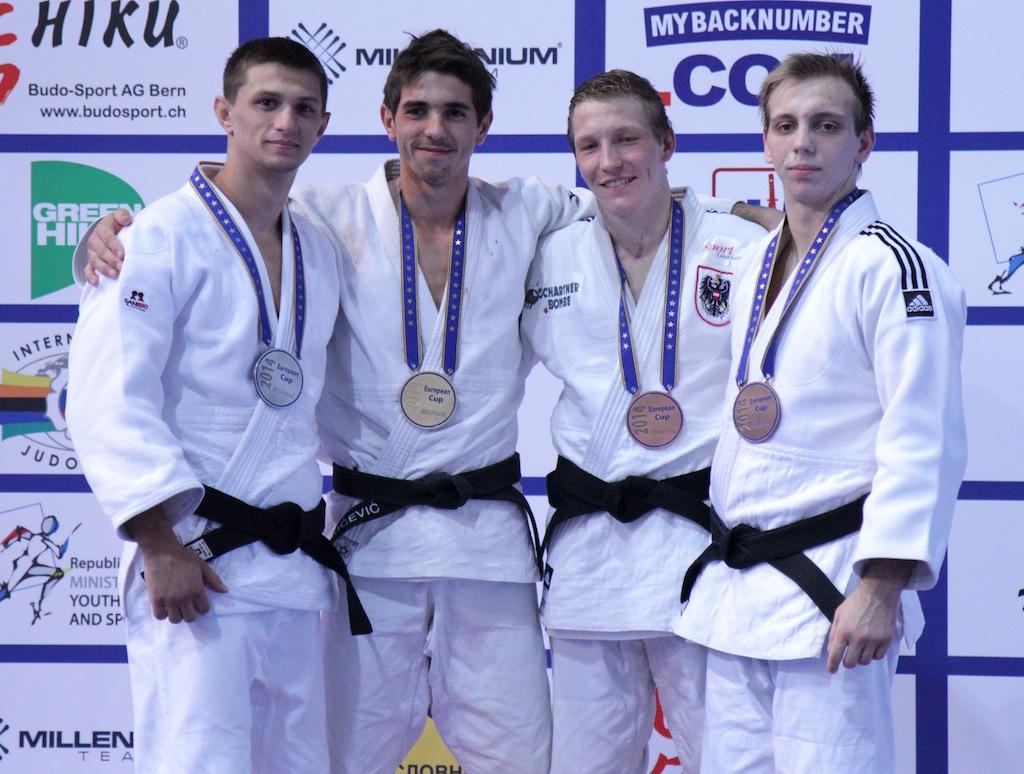 Tournament was opened by President of Serbian Judo Federation and EJU Sport Commissioner, Mr. Ivan Todorov. “This is 7th edition of Serbian Open, but 4th as European Cup for Seniors. When we started we knew it will not be easy, but from year to year it’s better and better. Today we have here 25 participating countries.”

At the fourth edition of the European Cup in Belgrade, after first day Serbian judokas ended at the top of the medal tally with two gold medals, one silver and two bronze in front of Romania and Croatia.

Denis Jurakic won final match U60kg against Slovenian Matjaz Trbovc which picked up hansokumake after leg grabbing. The all Serbian final in the category U66kg between Marko Vukicevic and Predrag Nikolajevic. Vukicevic threw Uchi-mata for an ippon after only 36 seconds of fight.

Interesting podium in the women’s category U48kg where Romania won three medals, one gold, one silver and one bronze medal. Second gold for Romania was in U57kg category, where Loredana Ohai won the gold.

Two athletes from the team of current European U21 Champions, Tena Sikic and Maja Blagojevic of Croatia. Sikic won the category U52kg while her compatriot Blagojevic took the gold in category U63kg. Both of this competitors were crowned with European title one week ago in Bucharest with the rest of Croatian team.